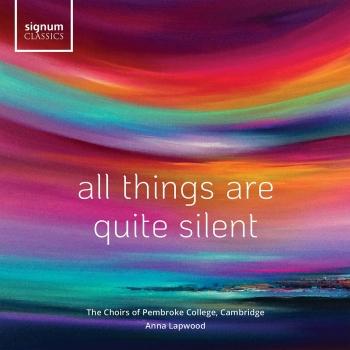 All Things Are Quite Silent 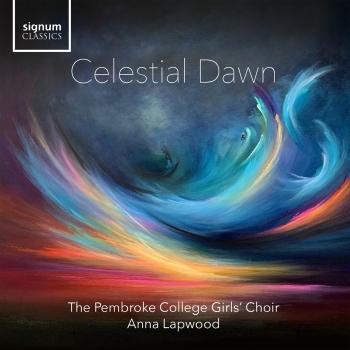 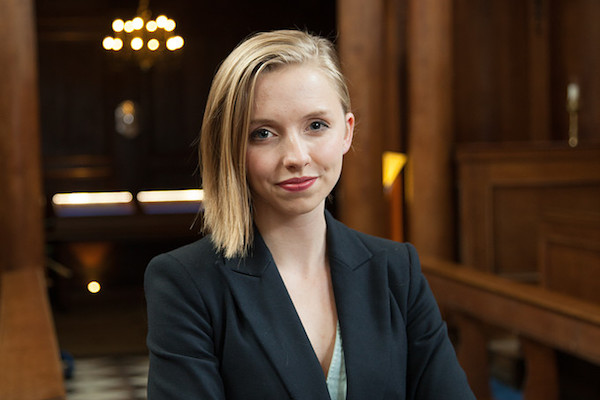 Anna Lapwood
is a trailblazing musician. As a broadcaster she is a regular contributor to BBC Radio 3 and, until July, hosted a live, weekly classical music show on BBC Radio Cambridgeshire. This year she made her TV presenting debut, hosting BBC Four's coverage of BBC Young Musician 2020. Alongside her work as a conductor, Director of Music and public speaker, she performs an extensive number of organ recitals on some of the greatest instruments across Europe each season. ​
Appointed Director of Music at Pembroke College at Cambridge University in 2016 aged just 21, she conducts the Pembroke College Chapel Choir. Their first recording will be released on Signum Records in 2020. Anna’s passion to support girls and women in music shines through every aspect of her work, especially at Pembroke. In 2018 she established the Pembroke College Girls’ Choir for girls aged 11 to 18 to inspire them to explore Church music, and runs the annual Cambridge Organ Experience for Girls. Her non-stop Bach-a-thon performance of the complete works of J.S. Bach had an all-female team of organists in its second year and is now an annual fixture in the Pembroke calendar. Multiple other initiatives for musicians of all ages and gender include the introduction of a choir designed to teach sight-reading skills to singers, open to all. In January 2020, Anna was appointed a Bye-Fellow at Pembroke College. ​
Beyond her work at Pembroke, Anna is increasingly in demand as a conductor, directing the BBC Singers as part of the BBC Proms Inspire programme in 2019. She has led choral workshops around the world with recent events in Thailand, Perth WA, Shenzhen, Shanghai and Lusaka. A strong advocate for music education at home and abroad, she specialises in bringing music to children from impoverished backgrounds. As a Trustee of the Muze Trust, a charity committed to making music accessible to children and young adults in Zambia, Anna works in Zambia regularly and leads the Muze Pembroke Music Exchange Programme. ​
Anna is a highly distinguished concert organist. Awarded an Organ Scholarship at Magdalen College, Oxford, from where she graduated with a first class degree, she was the first female in the College’s 560-year history to be given the Scholarship. Performances have taken her to the Royal Albert Hall and Royal Festival Hall (London), St Thomas Church (New York), and across the UK and Europe on recital tours. In 2019, Anna opened the BAFTA TV awards on the organ of the Royal Festival Hall. ​
Formerly Principal Harpist for the National Youth Orchestra of Great Britain and the Junior Academy Symphony Orchestra, she also studied piano, violin, viola and composition at the Junior Royal Academy of Music. Anna has a tremendous zest for life, extraordinary work ethic and passion for multiple genres of music. She has collaborated with Katy B at London Fashion Week and worked with Tom Chaplin as arranger and conductor for the choir on a recording project at Abbey Road Studios. As a singer, Anna was a member of Gareth Malone’s professional ensemble, Voices, with whom she has released two albums, performed at the Classical Brit Awards, Royal Variety Show, the National Eisteddfod of Wales and in multiple TV performances.
Having spent some years being encouraged to “play like a man” and with a dedication to her art and mission that belied her years, Anna is now humbled to find that she is an inspiration to many young women and amused that they have adopted her hashtag, #playlikeagirl.