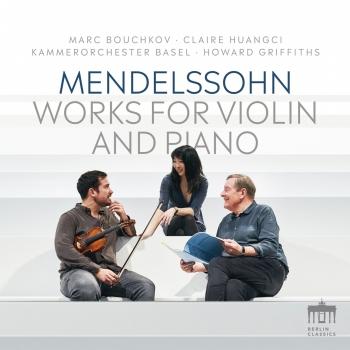 Mendelssohn: Works for Violin and Piano 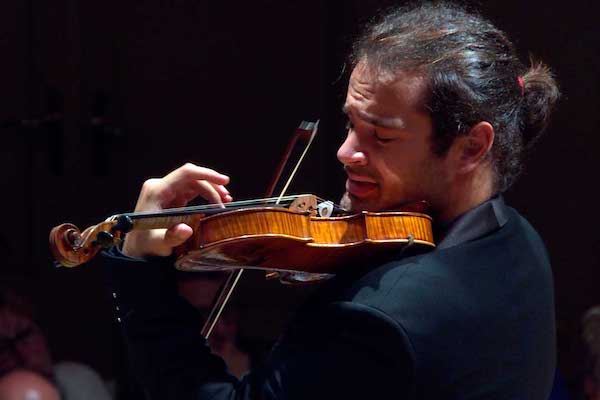 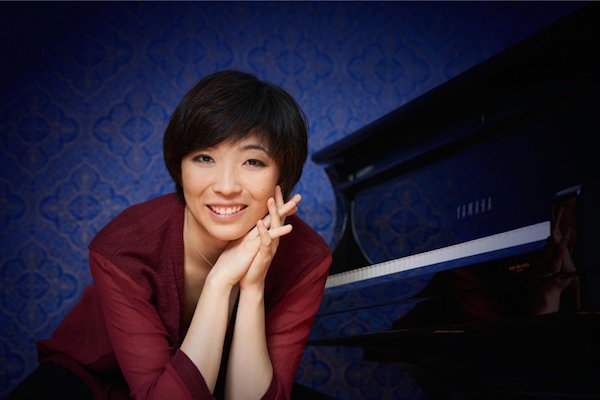 Marc Bouchkov
Bouchkov’s artistry is driven by expression. His violin playing is grounded not only in a thorough knowledge of the score, the historical content and the authenticity of the interpretation, but also in his belief that performance is a way to communicate directly with his listeners. The closeness of the violin’s sound to the human voice is his inspiration for expressing feelings and emotions in music, turning these into a musical experience for the audience.
Marc Bouchkov was born in 1991 into a family of musicians. He received his first lessons at the age of five from his grandfather, Mattis Vaitsner. His first public appearance was just one year later. In 2001, he joined Claire Bernard’s studio at the Lyon Conservatoire National Supérieur de Musique; he transferred to the Paris Conservatoire National Supérieur de Musique (CNSM) in 2007. There, he began studies with Boris Garlitzky, who has been his mentor ever since, and offers him invaluable guidance for honing his craft. The following years saw participation in masterclasses and invitations to festivals in Moulin d’Andé, Troyes, and Bordeaux (France), Viterbo (Italy) and New Hampshire (USA).
Marc Bouchkov’s artistic development has been marked by numerous international prizes and awards. He won First Prize at the highly regarded Henri Koch International Violin Contest, as well as at the 2010 European Young Concert Artists Audition in Leipzig. That same year, he received the First Prize for Violin with Special Distinction from the Jury at the CNSM Paris; the prestigious Ebel Prize followed in 2011. In 2012, he was a finalist and award-winner at the 2012 Queen Elisabeth Competition in Brussels. In 2013, he won First Prize at the Montreal International Music Competition, and was named an award-winner of the Juventus Foundation created by Georges Gara.
As a concert artist, Marc Bouchkov has enjoyed a rapidly growing career. Alongside numerous recitals in Hamburg, at the Montpellier Festival, at the Théâtre de la Ville de Paris, at the International Musical Olympus Festival in St Petersburg and in Montreal, his collaborations with orchestras such as the National Orchestra of Belgium, the Liège Royal Philharmonic Orchestra of Liège, the Filharmonia Lodz, the Moscow Philharmonic Orchestra and the Staatsorchester Rheinische Philharmonie are becoming ever more extensive.
Claire Huangci
The young American pianist Claire Huangci, winner of the first prize and the Mozart prize at the 2018 Geza Anda Competition, continuously captivates audiences with her “radiant virtuosity, artistic sensitivity, keen interactive sense and subtle auditory dramaturgy” (Salzburger Nachrichten). With an irrepressible curiosity and penchant for unusual repertoire, she proves her versatility with a wide range in repertoire spanning from Bach and Scarlatti, to Bernstein, Gulda, and Corigliano.
In solo recitals and with international orchestras, Claire has appeared in some of the most prestigious halls such as Carnegie Hall, Suntory Hall Tokyo, NCPA Beijing, Paris Philharmonie, Munich Gasteig, Leipzig Gewandhaus, Hamburg Elbphilharmonie, Salzburg Festspielhaus, and the Budapest Franc Liszt Akademie. She is a welcome guest in renowned festivals including Lucerne Festival, Verbier Festival, Schleswig Holstein Musik Festival, Rheingau Musik Festival and Klavier Festival Ruhr. Mozarteumorchester Salzburg, Stuttgart Radio Symphony Orchestra, Tonhalle-Orchester Zurich, ORF Radio Orchester Vienna, Vancouver Symphony, and China Philharmonic Orchestra, together with Sir Roger Norrington, Howard Griffiths, Eva Ollikainen, Mario Venzago, Cornelius Meister, and Elim Chan are among her esteemed musical partners.
For an intense start of the 2020/21 season, Claire paid homage to Beethoven’s anniversary with a compelling interpretation of his Pastorale symphony arranged for solo piano by Franz Liszt, with concerts at the Klavier-Festival Ruhr and the Rheingau Musik Festival, where her recital was recorded for T-Mobile‘s streaming platform MagentaMusik 360. After appearances as a piano duo with Alexei Volodin at the Hamburg Elbphilharmonie and the release of a new album with her Trio Machiavelli, a major highlight is her Fall 2020 recital tour at the main halls of Berlin Philharmonie, and Hamburg Elbphilharmonie. Later in the season, a further exciting debut takes place in the „Great Performers Series“ at New York‘s Lincoln Center. Among her orchestra engagements are dates with the Deutsche Radiophilharmonie Saarbrücken, Museumsorchester Frankfurt, Basel Chamber Orchestra and the Slovak Philharmonic Orchestra. With the Nordic Chamber Orchestra, she will direct concertos of Mozart and Chopin from the keyboard.
Claire Huangci began her international career at the age of nine with concert performances and competition successes. After studying with Eleanor Sokoloff and Gary Graffman at the Curtis Institute of Music in Philadelphia, she moved to Germany in 2007 for further studies with Arie Vardi at the Hannover Musikhochschule, completing them with honors in 2016. Early in her artistic career, she stood out as an expressive interpreter of Chopin, winning first prizes at the Chopin competitions in Darmstadt and Miami in 2009 and 2010. She was also the youngest participant to receive second prize at the International ARD Music Competition in 2011.
After recording her debut CD with solo works of Tchaikovsky and Prokofiev and her prizewinning double album of Scarlatti sonatas (German Record Critics’ Award and Gramophone Editor’s Choice), she released highly acclaimed recordings of Chopin’s Nocturnes in 2017 and in 2018 of Rachmaninoff’s complete Préludes: Following recordings of Beethoven’s violin concerto in the piano version and Fantasy for piano and orchestra by Schubert / Kabalewski with the RSO Vienna, her first orchestral album of Chopin and Paderewski with the Deutsche Radiophilharmonie Saarbrücken under Shiyeon Sung was released in Fall 2019. In summer of 2020, her first chamber music album was released with Trio Machiavelli, whose interpretations of Ravel trio and Chausson piano quartet proved „a wholly exhilarating debut (…) splendidly transparent, and always expressive.“ (BR Klassik).