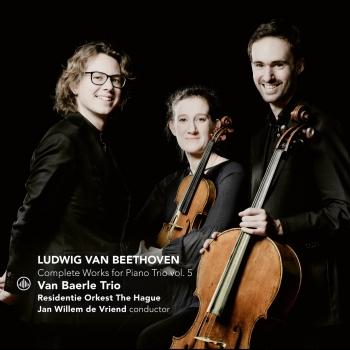 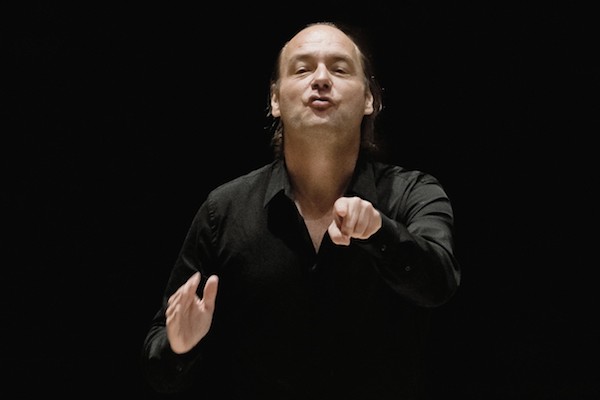 Jan Willem de Vriend
Since 2015-2016 Jan Willem de Vriend is appointed as principal guest conductor at the Orquestra Simfonica de Barcelone i Nacional Catalunya. Since 2018/19, he is first guest conductor at Orchestra National de Lille. He is also first guest conductor of the Stuttgarter Philarmoniker and Artist in Recidence of the Stavanger Sympfonie Orchestra. Until recently, he was also principal conductor at Het Residentie Orkest of The Hague.
Between 1982 and 2015 De Vriend was artistic director and violinist of the Combattimento Consort Amsterdam, established by himself. This ensemble excelled in known and especially unknown masterpieces of the 17th and 18th century and belonged to the forefront of Dutch classical music. It achieved a huge succes abroad as well; starting off with their own series in the Concertgebouw Amsterdam, it toured around the world. Also remarkable were the opera productions the ensemble accomplished, based on works by Monteverdi, Handel, Telemann, Bach, Gassmann and Mozart among others. With these operas, directed by the much-acclaimed Eva Buchmann, tours have been organised throughout Europe and America. A pile of cd’s, dvd’s and tv-recordings exists to document this very productive and intense period, which De Vriend continues from now on as full-time conductor and in his many roles as charismatic promotor of classical music.
From 2006 up to 2018 Jan Willem de Vriend was chief conductor at Het orkest van het Oosten, formerly known as Het Symfonieorkest. Right at the start of his appointment in 2006 as artistic director and chief conductor at Het Symfonie Orkest, he attracted attention with a striking performance of Mahlers first symphony, in the first, so-called ‘Hamburger version’. The rave reception (Absolutely a must – The Grammophone) resulted in invitations by the Amsterdam Concertgebouw Orkest as well as many orchestras abroad. Again with Het Symfonie Orkest he completed a very successful series, recorded on cd, of all of Beethovens symphonies. A new series is planned with Mendelssohns symphonies, unjustly rarely performed according to De Vriend. He already recorded his 3rd and 4th symphony on dvd with the Belgian director Pannekoek: a fascinating mix of popclip and classical music.
De Vriends great knowledge of and unstoppable enthusiasm for classical music also resulted in the tv series ‘De Vriend and his heroes’ in 2013/14, followed by ‘Music and mechanism’ and ‘Music and power’ in 2015, all in collaboration with Het Symfonie Orkest. As chief conductor in Enschede he made productive as well his lifelong fascination for and experience with opera. In 2013 and 2014 the orchestra was invited to Sankt Moritz/Basel to perform respectively the Don Giovanni and La Gazetta by Rossini, both with a stage direction by Eva Buchmann. In 2015 Don Giovanni was successfully performed six times in the Netherlands. In addition Jan Willem de Vriend since 2008 worked as guest conductor at Het Brabants Philharmonisch Orkest.
Besides he conducted the Konzerthaus Orchester Berlin, NDR Orchester, Philharmanie Stuttgart, WDR Orchester, in Hong Kong, Luxemburg, Barcelona and at Het Koninklijk Concertgebouw Orkest. He conducted opera in Swetzingen, Luzern, Straatsburg and Barcelona. For the near future concerts and recordings are scheduled, of course with Het Symfonie Orkest in Enschede, Het Residentie Orkest in the Hague and the Orquestra Simfonica de Barcelona I Nacionalde Catalunya. But also with Het Koninklijk Concertgebouw Orkest. He is also invited in Berlin (Konzerthaus Orchester), Zurich (Tonhalle), at Bergen Philharmonic and the National Orchestra of Flanders. In 2012 Jan Willem de Vriend won the prestigious ‘Radio 4 Prize’ for his undefatigable promotion of classical music.