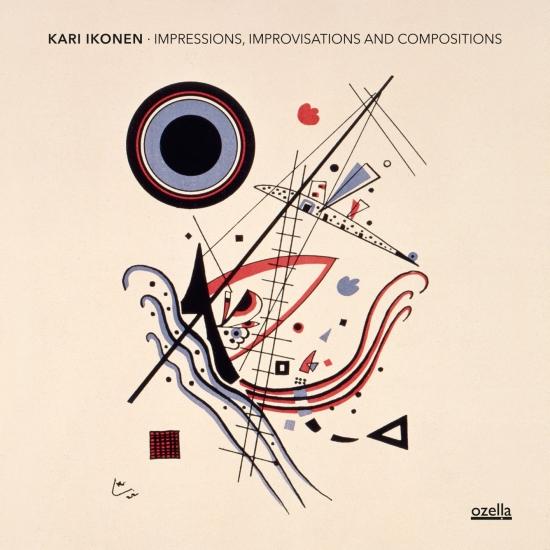 Info for Impressions, Improvisations and Compositions

Symphonic Solo Experience: This album could easily have turned top-heavy. After all, here's a record which, in just under 40 minutes, covers anything from arabic scales to Japanese sounds, from free jazz references to concepts by Kari Ikonen's favourite painter Vasiliy Kandinsky. To realise his vision, Ikonen even personally developed a device allowing him to play micro-intervals on his piano. And yet, things turned out differently: If anything, the results sound dream-like and mesmerising rather than stodgy and severe.
The album's genesis may serve to explain this paradox. In August of 2019, Ikonen suddenly found himself with a month of free time. Without thinking twice and as if in a premonition of the Covid-lock-down, he recorded Impressions, Improvisations and Compositions at his own home. His only companion was his beloved Steinway, captured by a personal selection of high-end microphones. Just a few days after the final session, the pieces landed on the desk of ECM- and Blue-Note-engineer Johannes Lundberg who mixed the album at his Gothenburg Epidemin- studios.
Clearly then, the music on Impressions, Improvisations and Compositions is spontaneous. But it's also refined and deep. The influence of Kandinsky inspired Ikonen to write some of his most complex and monumental pieces. Each of the three words of the album title refers to one of three distinct creative categories: For "impressions" like "Koto", Ikonen tried to emulate the sonics of Japanese music. "Three Chord Blues", "Violet" and "Oppressive" on the other hand are "improvisation" which welled up from his world of inner experiences.
And then there were "compositions" like "Trance Oriental", which he mulled over for much longer. In this particular instant, Ikonen even went back to a piece from his trio album Bright, painstakingly shaping and developing its polyrhythmic patterns. To be able to play the Arabic modi he had in mind, he came up with the Maqiano, a small yet spectacular device. After attaching it to the strings of the piano, it magically expands the interval range of the instrument, lending rich and surprising timbres to select tracks. And so, what could have turned into just another solo piano album has ended up an almost symphonic experience. The title of this album is made up of only three words. And yet, within them, they contain everything that Kari Ikonen's music is about.
”Ikonen has never been afraid of taking artistic risks. Only those who dare can win, and this time again Ikonen has gained a great success.” Suomijazz ”An exceptionally rewarding solo album” Helsingin Sanomat
“Kari Ikonen alternately figure skates, tap dances and prances across the keys, sounding like a jaunty, syncopated one-man band.” Finnish Music Quarterly
Kari Ikonen, piano 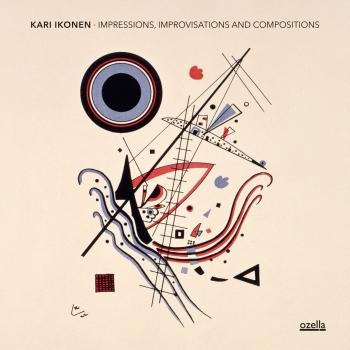