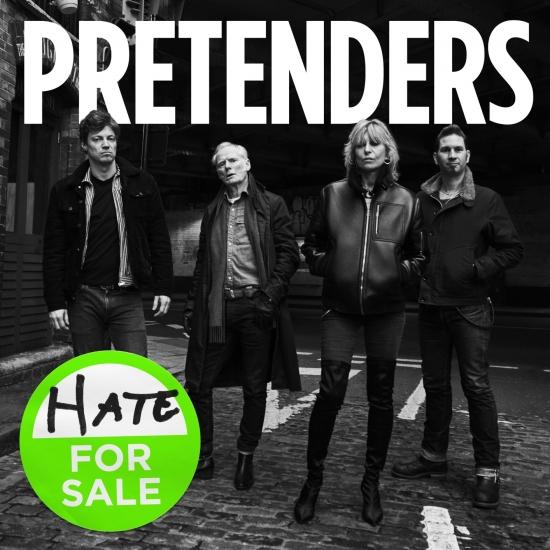 Info for Hate for Sale

Their 11th studio album is produced by Stephen Street and sees Chrissie Hynde forge a songwriting partnership with guitarist James Walbourne, who with Kami Thompson (daugther of Richard and Linda Thompson) formed the band The Rails.
“We all love punk, so I think it would be fair to say that Hate for Sale, is our tribute to the punk band I considered the most musical of the genre, The Damned”.
James has been guitarist for the Pretenders for a while and Chrissie Hynde had this to say about writing with him for the first time: “I wanted to write with him since day one. James is especially sought after and has recorded with Jerry Lee Lewis, Dave Gahan, and The Rails, to name but a few. We always planned on writing while on the road, but as anyone in a band will tell you, being on tour is a procrastinator’s dream come true”.
The Pretenders most recent album, 2016’s Alone was a critical success and a welcome return for the line-up, coming eight years after 2008’s Break Up The Concrete. The band supported Fleetwood Mac on their UK stadium tour in June 2019, which included two shows at Wembley Stadium.
Pretenders