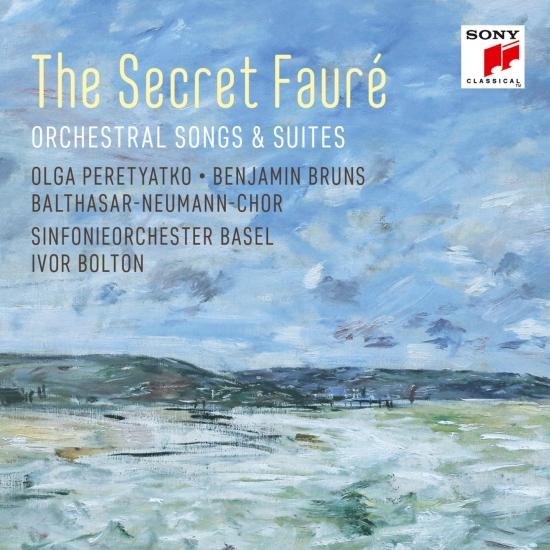 The Sinfonieorchester Basel is one of the oldest and most innovative orchestras in Switzerland. Ivor Bolton and the orchestra present an interesting selection of orchestral songs and suites by the French composer Gabriel Fauré and team with soprano Olga Peretyatko, tenor Benjamin Bruns and the Balthasar Neumann Women's Choir for this recording. The incidental music for "Caligula" was composed by Fauré for the eponymous drama by Alexandre Dumas. The second piece on this album is the "Prélude" from Faurés opera "Pénélope". Olga Peretyatko is the soprano in a selection of songs, which had been originally composed for piano and for the more intimate character of the French salons, before Fauré wrote the beautiful orchestral accompaniments. The music from "Shylock" is an concert version after the incidental music to Edmond Haraucourts comedy after Shakespeare and the recording finishes with the famous "Pelléas et Mélisande" op 80.
"With the Basel Symphony on fine form, Bolton teases out Faure’s textural and emotional subtleties with great care, scrupulously judging both the delicate wit of Shylock and the altogether loftier mood of Caligula. The Balthasar Neumann Choir sound good in the latter: the tenor in Shylock is Benjamin Bruns, warm-toned and very ardent." (Gramophone Magazine)
"The real revelation for me here was the incidental music which Fauré composed for Alexandre Dumas père’s Caligula in 1889 – the emphasis is squarely upon the notorious Roman emperor’s taste for luxury and sensuality rather than his fabled brutality, and (once the Lohengrin-lite military fanfare of the opening has been despatched) the score has the soft-focus sheen of an early Hollywood blockbuster." (Presto Classical)
Olga Peretyatko, soprano
Benjamin Bruns, tenor
Balthasar-Neumann-Chor
Sinfonieorchester Basel
Ivor Bolton, conductor 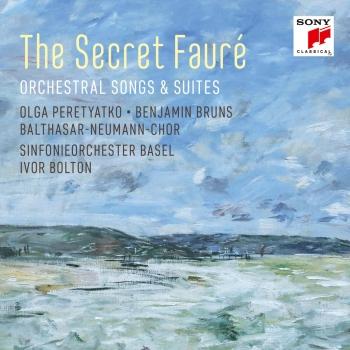 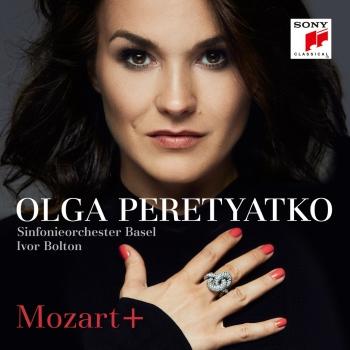 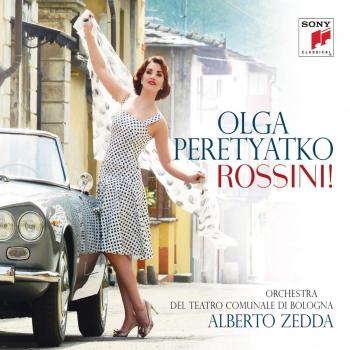 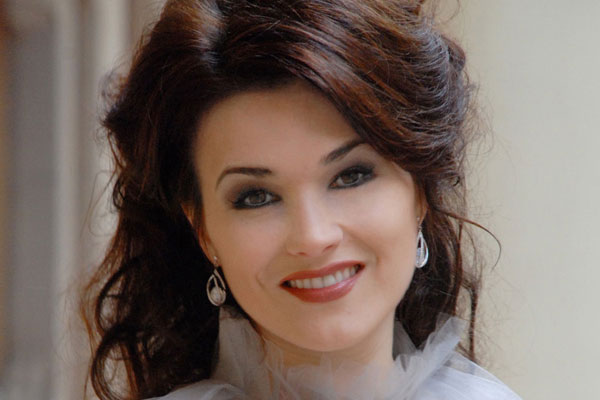 Olga Peretyatko
was born and raised in St. Petersburg. She started her musical career at the age of 15, singing in the children's choir of the Mariinsky Theatre. She completed a course as a choirmaster and then enrolled to study singing at the Hanns Eisler-Hochschule für Musik in Berlin. Olga Peretyatko has won several awards in international competitions such as Operalia, the opera competition organized by Plácido Domingo, where she won second prize.
From 2005 and 2007 Olga Peretyatko was a member of the opera studio at the Hamburg State Opera. In subsequent years she performed at the Deutsche Oper Berlin, the Berlin and Munich state operas, the Théâtre des Champs-Elysées in Paris, La Fenice in Venice, at the Rossini Opera Festival in Pesaro, and at the Festival La Folle journée de Nantes.
Olga Peretyatko gained international attention as Stravinsky's Rossignol in the acclaimed Robert Lepage production that premiered at the Aix-en-Provence Festival in 2010, followed by performances in Toronto, New York, Lyon and Amsterdam. She achieved great success in her role debuts as Adina in L'elisir d'amore in Lille, as Lucia di Lammermoor at the Teatro Massimo Palermo, as Gilda in Rigoletto at La Fenice in Venice, as well as at the Festival Avenches.
In 2011, Olga Peretyatko debuted successfully as Giulietta (I Capuleti e I Montecchi) in Lyon and Paris. In Lausanne she made her debut in the title role of Handel's Alcina, and in Amsterdam she had her role debut as Fiorilla (ll Turco in Italia). Substituting for a colleague at the last minute, her performance of Adina in L'elisir d'amore during the Pfingstfestspiele in Baden-Baden was praised, as was her debut in Lucia di Lammermoor at the Deutsche Oper Berlin. She also received the highest acclaim at the Rossini Opera Festival in Pesaro as Matilde di Shabran in summer 2012, a production released on DVD by DECCA.
In 2013 and 2014, Olga Peretyatko's commitments included the Mozart Weeks, Salzburg Festival (Giunia in Lucio Silla) and the Berlin State Opera, debuts at the Vienna State Opera, Zurich Opera House (Rigoletto) and La Scala in Milan (Marfa in Die Zarenbraut), and performances at the Deutsche Oper Berlin (Adina in L'elisir d'amore), the Hamburg State Opera (Adina in L'elisir d'amore, Zerbinetta in Ariadne auf Naxos), and her successful debut at the Metropolitan Opera in New York (Elvira in I Puritani). She is also returning to the Festival in Aix-en-Provence as Fiorilla (Il Turco in Italia) and to the Bavarian State Opera in Munich (Il Turco in Italia), and I Capuleti e I Montecchi with the Washington Concert Opera, 'Amenaide' in Tancredi in Moscow (concert), L'Elisir d'amore at the Teatro San Carlo in Naples, and a tour in China with the Orchestre symphonique de Montréal performing Strauss' Four last songs.
In 2015 Olga Peretyatko will debut as Violetta in La Traviata at the Opéra Lausanne, followed by a new production of the same title at the Festspielhaus in Baden-Baden. She will return to the Vienna State Opera for I Puritani, to La Scala in Milan for Rossini's Otello, to the Metropolitan Opera in New York for Rigoletto and will make her debuts at the Teatro Regio in Turin in I Puritani, at the Tivoli in Copenhagen and at La Monnaie in Bruxelles in L'Elisir d'amore and at the Teatro Real in Madrid in Rigoletto. Subsequent debuts are planned to take place at the Opéra Bastille in Paris, Royal Opera House Covent Garden, the New National Theatre in Tokyo, at the San Francisco Opera. Besides her opera career, Olga Peretyatko performs regularly in recitals and concerts throughout the world.
She has an exclusive recording contract with Sony Classical. Her first solo CD 'La Bellezza del Canto' with arias from Rossini, Verdi, Donizetti, Massenet and Puccini was released in 2011, and her second CD 'Arabesque' has been released in 2013, both to critical acclaim. Her third CD, entirely dedicated to Gioacchini Rossini, will be released in 2015.