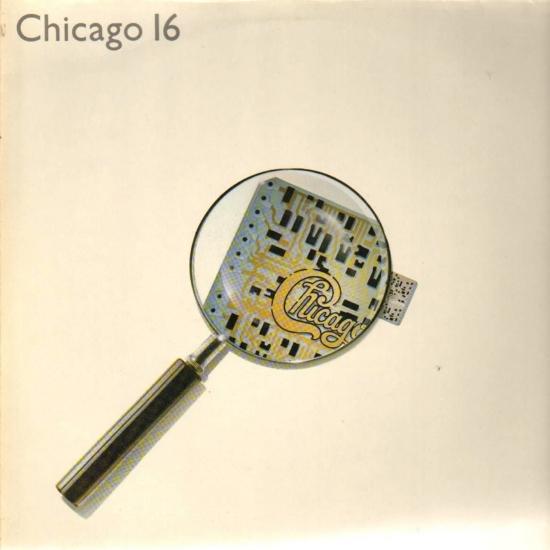 Chicago 16 is the thirteenth studio album by the American band Chicago, released on June 7, 1982. The album marked the beginning of a new era for Chicago. It is the first album in a decade-long association with new label Warner Bros. Records; the band's first project to be produced by David Foster; and their first bona fide hit album since 1978's Hot Streets, giving the group a significant and lengthy 'second wind' in commercial fortunes, in some ways eclipsing their considerable 1970s successes.
The band had realized in 1981 that its commercial appeal and image were at an all-time low, and so they brought in Sons of Champlin frontman/founder Bill Champlin as keyboard player and singer, a man who successfully replaced Terry Kath vocally in the band's sound. The group also retained Chris Pinnick from the Chicago XIV sessions. But it was through the band's manager, Jeff Wald, that producer David Foster would make contact with the band.
Once they agreed to Foster producing their new album (The band had considered him for 1980's Chicago XIV), Foster radically redefined Chicago's sound for the 1980s, with all of the latest technologies and techniques and introducing the significant use of outside songwriters and studio players. (Four members of Toto lent their expertise to the sessions.)
Of all the band's members, Peter Cetera benefitted most from the stylistic changes, having much in common musically with Foster. Their adult contemporary leanings permeated much of Chicago 16, swaying the band further from their ensemble jazz and rock roots and successfully introducing Chicago to a new and younger audience. The Foster/Cetera partnership helped steer Chicago through uncharted waters. The band was moving to a new label after an entire career at Columbia, and it was doing so with a new member (Champlin) and without the late Terry Kath. Robert Lamm was also unavailable for the majority of the album's production because of personal issues, and the once-prolific writer only shared a sole partial writing credit on the release. Percussionist Laudir de Oliveira had also left the band between Chicago XIV and 16.
Upon its June 1982 release, Chicago 16 proved a big hit album, especially as 'Hard to Say I'm Sorry' became the band's second #1 US single, and the album ultimately went platinum, reaching #9, rescuing Chicago's career in the process. The single would also be included in its lengthier form 'Hard to Say I'm Sorry/Get Away' (featuring the hard rocking 'Get Away' tag) on the 'Summer Lovers' movie soundtrack. 'Love Me Tomorrow' would prove to be another hit single from the album, with the song featuring a lengthy orchestration at the end.
The Rhino remaster does not include the full-length versions of 'What You're Missing' and 'Love Me Tomorrow.' The former was replaced with its single edit, and the latter had one snippet removed near the end. However, it does include a Bill Champlin demo, called 'Daddy's Favorite Fool', as a bonus track.
The original UK LP release contains 'Rescue You' before 'What Can I Say,' unlike subsequent releases of this album.
Peter Cetera, vocals, bass & acoustic guitar
Bill Champlin, piano, keyboards & guitar
Robert Lamm, piano, keyboards, vocals & percussion
Lee Loughnane, trumpet, flugelhorn, cornet, guitar & backing vocals
James Pankow, trombone, percussion & backing vocals
Walter Parazaider, saxophones, flute & clarinet
Danny Seraphine, drums & percussion
Additional musicians:
David Foster, keyboards
Chris Pinnick, guitar
Steve Lukather, guitar
Michael Landau, guitar
David Paich, synthesizer
Steve Porcaro, synthesizer programming
Produced by David Foster
Digitally remastered