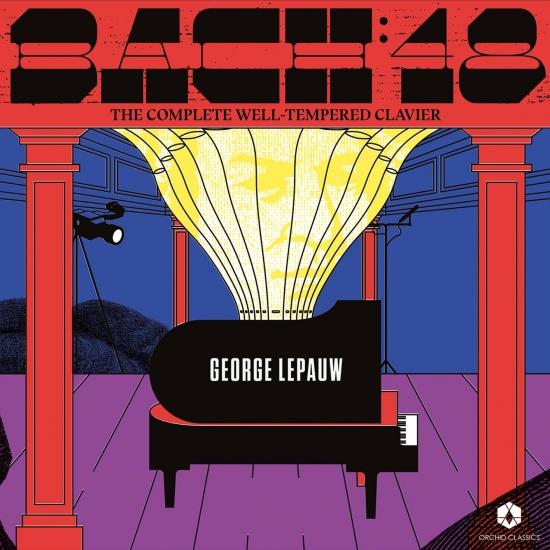 Three centuries ago Johann Sebastian Bach combined his matchless knowledge of counterpoint and inexhaustible imagination to create forty-eight pairs of preludes and fugues in all the keys. His revolutionary keyboard pieces, gathered in the two volumes of The Well-Tempered Clavier, stand among western art’s towering landmarks.
The Paris and Chicago-based Franco-American pianist George Lepauw was compelled to record the complete preludes and fugues by his ‘desire to become a more complete musician, and a better human being’.
But first, in the Winter of 2017 Lepauw traveled in Bach’s footsteps, tracing the arc of the composer’s life from his birthplace in Eisenach to his grave in Leipzig, in order to feel more connected to the man behind the name Bach. He returned to Germany six months later to record The Well-Tempered Clavier in Weimar’s Jakobskirche, a church well-known to Bach and close to where he had served the dukes of Saxe-Weimar and was briefly imprisoned by his aristocratic masters for disobedience.
Bach48: The Complete Well-Tempered Clavier charts Lepauw’s life-enhancing encounter with the composer. “These pieces contain everything there is to say about the human condition,” notes Lepauw. “What I feel today, having completed the recording of these preludes and fugues, is something that marks life. It has taught me that my folly has a reason.”
George Lepauw, piano 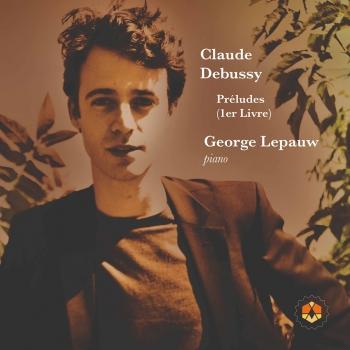 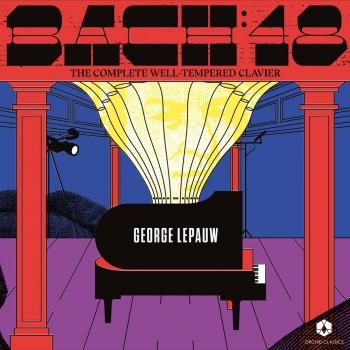 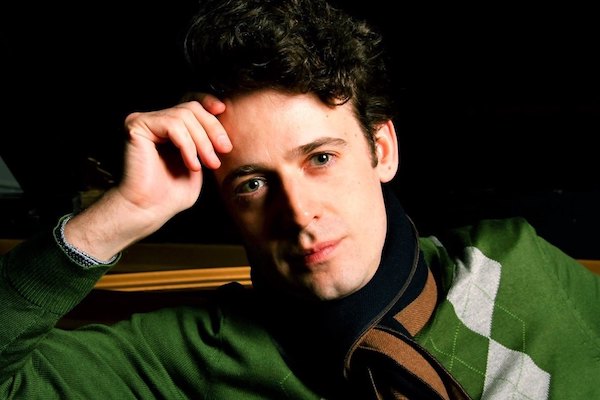 George Lepauw
“A prodigious pianist” (Chicago Tribune) recognized for his “singing tone” (New York Times), and a cultural activist who “likes to shake it up” (Chicago Tribune), George Lepauw uses music and the arts to inspire and bring people together. Named “Chicagoan of the Year (2012) for Classical Music” (Chicago Tribune), George represents the ideal 21st century musician, intensely focused on his art and wholly engaged with the world.
On February 14th, 2020, George’s first major solo album will be released worldwide: the complete Well-Tempered Clavier by J.S. Bach in a box-set of 5 CDs and on all streaming services released by London-based label Orchid Classics distributed by Naxos. The Bach48 Album also includes a full film of the entire recording, and a 33-minute documentary film about Bach’s Well-Tempered Clavier and George’s journey to record it in Bach’s Germany, directed by Martin Mirabel and Mariano Nante. Learn more at www.bach48.com or pre-order the box-set here.
A concert pianist since his formal debut at age ten in Paris, George Lepauw has performed ever since as a recitalist, chamber musician, vocal collaborator, and soloist with orchestra. He also occasionally collaborates with musicians from other musical genres, including cabaret, musical theater, traditional Chinese and Persian music, flamenco, blues, and pop.
In 2008 he founded the International Beethoven Project (IBP), a radical non-profit organization focused on connecting tradition and innovation in classical music, motivated by Beethoven’s indomitable spirit as an artist and humanist, through the production of multi-disciplinary festivals, special events, and media. He continues to serve as its President and Artistic Director.
As part of the Beethoven Project Trio, George performed in the World Premiere concert, in Chicago, of a newly-discovered, long-lost piano trio of Beethoven’s in 2009 to great acclaim, followed by a highly-praised first recording on Cedille Records produced by the legendary Max Wilcox, which reached 24th place on the Classical Billboard charts in 2010.
Over the course of his life, George Lepauw has been deeply engaged in community-building and education through the arts and culture. In college, he co-founded and served as both Vice-President and then President of the French Cultural Association of Georgetown University, working hand in hand with multiple university departments as well as with the French Embassy, the Alliance Française, and other organizations in Washington, DC. From 2007 to 2010, he founded and published a print magazine, the Journal of a Musician, which featured original articles and interviews with some of classical music’s biggest stars (including Hilary Hahn, Yefim Bronfman, Natalie Dessay, James Conlon, Henri Dutilleux). In 2014-15, George was Artistic Director of the Chicago Academy of Music, helping to launch an after-school music education program for deserving children of Chicago’s South Side, and between 2016-18, George served as Executive Director of the Chicago International Movies & Music Festival (CIMMfest), leading two festivals over the course of his term which presented dozens of films, live concerts, and panel discussions.
George grew up in an artistically engaged family: his sister Consuelo Lepauw is a violinist based in Chicago, his father Didier Lepauw was a founding member and First Violin in the Orchestre de Paris, and his grandfather Roger Lepauw was Principal Viola of the Orchestre de Paris and previously of the Orchestre de l’Opéra de Paris; his mother Jane Lepauw is a writer and civic activist.
George began piano studies at the age of three in Paris with Aïda Barenboim (mother of Daniel Barenboim), and furthered his studies with Elena Varvarova, Brigitte Engerer, Vladimir Krainev, Rena Shereshevskaya, Ursula Oppens, James Giles, and Earl Wild, among others. Significant supporters and mentors have included Maestro Carlo-Maria Giulini, Maria Curcio, and Maestro Kurt Masur.
He obtained his Bachelor of Arts degree from Georgetown University in Washington, D.C. with a double major in English Literature and History, and received his Masters of Music in Piano Performance from Northwestern University. George has taught piano privately for over fifteen years, gives master classes around the world, and is a frequent guest speaker at universities and “ideas festivals”. He also makes regular appearances as a performer or speaker on radio and television. He is also a founding member of the Chicago Ideas Co-op, a leadership committee of the Chicago Ideas Festival, and recently sat on the Grant Park Music Festival Artistic Vision Committee, to help bring this legendary American festival to the next generation of music-lovers.
His current creative projects include recordings, films, and multimedia explorations on several composers, as George believes that in this 21st century musicians must make use of visual content to attract younger audiences. In 2020, George intends to record the complete Beethoven Sonatas on the occasion of the composer’s 250th anniversary, for audio and film. George occasionally hosts a podcast, Through The Stage Door, with guests including Ton Koopman, Lucas Debargue, Anderson & Roe, and he writes occasional posts for his personal blog.
George Lepauw shares his time between his two homes of Paris and Chicago.