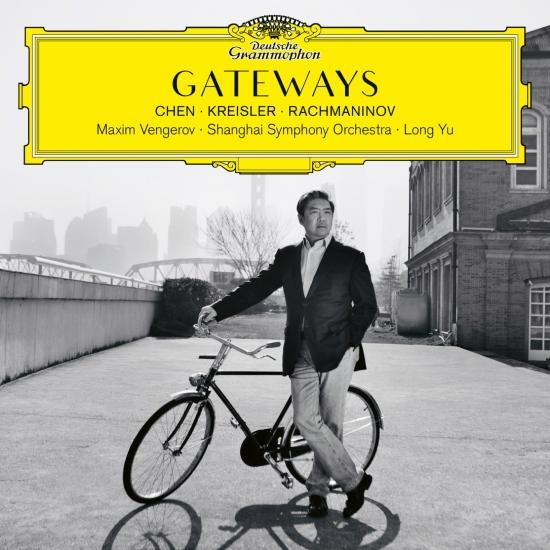 The Shanghai Symphony Orchestra (SSO), Asia’s oldest symphony orchestra, celebrates its 140th anniversary with a new album, Gateways, to be released June 28 via Deutsche Grammophon/Universal Music Canada, the country’s leading music company. Joined the SSO on the album and on tour is Music Director and conductor Long Yu, who celebrates his 10th season with the Orchestra.
Deutsche Grammophon signed the SSO last year and Gateways will be its first studio recording on the label. In January 2019, the Orchestra released a live recording of its landmark performance at the Imperial Ancestral Temple outside of Beijing’s Forbidden City, a rare event at this UNESCO World Heritage Site. This concert was at the forefront of Deutsche Grammophon’s DG120 celebrations and was live-streamed to worldwide audiences. Gateways sees the Orchestra blend Chinese and Russian repertoires, presenting works by Chinese composer Qigang Chen alongside Rachmaninov and Kreisler, with soloist Maxim Vengerov. Qigang Chen’s violin concerto La joie de la souffrance and was premiered in 2017 conducted by Long Yu and Maxim Vengerov, for whom the piece was written.
In addition to releasing new recordings, Deutsche Grammophon will also release earlier recordings from the SSO’s existing catalogue. Each season the SSO presents over 70 performances including symphonic concerts, operas, chamber concerts and crossover performances at the Shanghai Symphony Hall. The Orchestra invites leading soloists, conductors and orchestras from around the world to perform at their Hall as part of their SSO Presents series.
Fedina Zhou, President of the Shanghai Symphony Orchestra, says, “Throughout its 140-year history, the Shanghai Symphony Orchestra has performed at the highest levels of musicianship and innovation. As Asia’s oldest orchestra, the SSO has been at the forefront of championing the power of orchestral music in the region. In recent years, the Orchestra has continued to expand its activities to include the opening of the Shanghai Symphony Hall in 2014, founding the Music in the Summer Air (MISA) Festival, co-founding the Shanghai Orchestra Academy with the New York Philharmonic and the Shanghai Conservatory of Music, and founding and hosting the Shanghai Isaac Stern International Violin Competition. We are delighted to bring global audiences our ethos of ‘Music Connecting Worlds’ with our international tour and recording contract with Deutsche Grammophon.”
The Shanghai Symphony Orchestra, founded in 1879 as the Shanghai Public Band, was the first orchestra in China to widely introduce symphonic music to Chinese audiences, cultivating Chinese talents and performing Chinese orchestral works. The Orchestra’s impressive hall – Shanghai Symphony Hall – was built in 2014 by leading architect Arata Isozaki, who was recently awarded the 2019 Pritzker Architecture Prize. Striving to promote and build cultural exchanges between East and West as part of its “Music Connecting Worlds” ethos, the SSO performs Wu Xing (The Five Elements) by leading Chinese composer Qigang Chen, throughout its tour. Each of the soloists joins for a concerto; Alisa Weilerstein performs Dvořák’s Cello Concerto in B minor, Frank-Peter Zimmerman presents Prokofiev’s Violin Concerto No. 1 in D major, and Eric Lu perform Mozart’s Piano Concerto No. 23 in A major.
Now in its 140th year, the SSO has focused on building connections between East and West throughout its history. Most notably, the Orchestra founded the Shanghai Orchestra Academy, a joint initiative with the Shanghai Conservatory of Music and the New York Philharmonic Orchestra. The SSO has been touring internationally since the 1970s when they performed in Australia and New Zealand. In 2017 the Orchestra was the first Chinese ensemble to perform at the Lucerne Festival. In all its international tours, the Orchestra strives to promote Chinese culture by performing works by Chinese composers and integrating Chinese traditional elements into Western pieces.
Maxim Vengerov, violin
Shanghai Symphony Orchestra
Long Yu, conductor 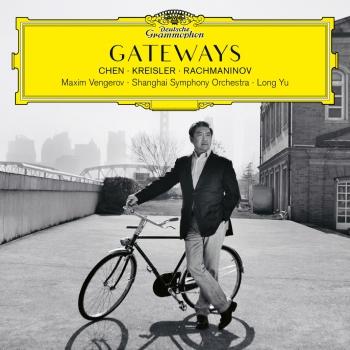 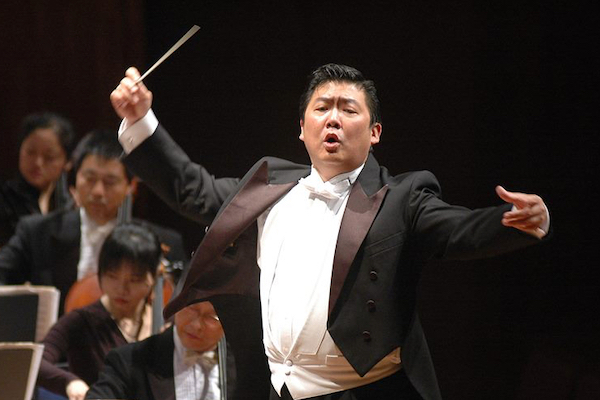