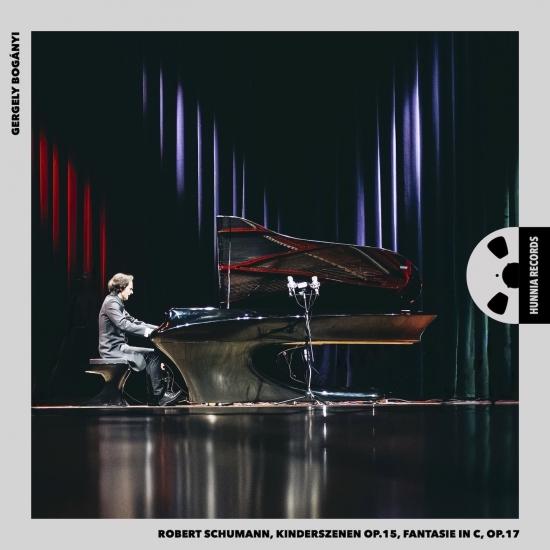 Schumann‘s compositions are above all, mystical to me. This mystical musicality is combined with an unparalleled realism, which altogether gives this unique and special musical experience. It is precisely this double effect that is the strongest and most special feature of Schumann’s music for me. I would say that both elements are present with extreme realism. For example, the C major chord of the last movement of the Fantasia in C major is for me the ‘most C major’ chord of all the C major chords, at once an extremely simple, basic C major chord, laid on in the most realistic way possible, but dizzyingly deep in terms of message and mystery. Obviously, with regard to the last chord, we hear the last note as unearthly as a result of the antecedents, yet a characteristic feature of Schumann’s masterpieces is his ability to lift the soul into the spheres with even the simplest notes. One wonders, for example, what power lies behind the C major chord mentioned above that makes it so magical and unique, even though such a simple chord has been described countless times by many others.
I sense a razor’s edge of storytelling in these works. By this I mean that, as in a story read to young children, the language is very simple, all the words are in place, no more or less words (sounds) are used, the message is very clear and lucid, yet the story is extremely exciting and its depths are engaging for the adult, so in this sense we perceive this duality accurately. This type of concentration is characteristic of Schumann’s works, which is why his art can be perceived as so individual.
In my opinion, to interpret Schumann’s piano works, one has to put on two skins at the same time, one of immaculate, childlike purity and the other of the mystical sphere of associative power. From the point of view of performance practice, it seems to me that, compared with other composers, these are the least possible pieces of music to rehearse. Let’s take the example of a rehearsal at home, when I manage to execute a particular detail well. One is then filled with joy and satisfaction and the desire to be able to play it again and again in the same way. However, to my great regret, if I try to play the same part again, I never succeed as well. It somehow ‘slips through my fingers’ even if I play the notes themselves in the same way. So the secret must lie behind the notes. More precisely, in the content, the message, the message behind the sounds. And this has to do with storytelling, because if you interrupt a story and repeat only part of it, you run the risk of suddenly breaking, snapping, losing the particular spiritual thread that guides the attention of the performer and the listener. In such a case, it is no longer possible to continue consistently with the musicality that has been built up previously, since the quality that was previously played can only be continued in one way, and to break and restart this process would require another antecedent, and in this sense it cannot be continued logically.
In other words, in the interpretation of a work, the performer can and does choose from an almost infinite number of subtly variable possibilities at any given moment, and it logically follows that there is only one correct choice in the continuation, and only one correct choice at any given moment, namely the consistent continuation of the previous moment and the moments (minutes) before it. This is what I call the razor’s edge of storytelling. And this concept of performance, for me, results in Schumann’s works being the most difficult to record on a phonograph, because they are the least tolerant of interruption. Hence I have come to the realisation that, even more than with other composers, it is only worth playing large units (movements) at a time, in other words, I have to play a concert where there is no possibility of starting again.
So, in fact, it’s a concert for all to hear, in a form of a recorded audio. (Gergely Bogányi)
Gergely Bogányi, piano 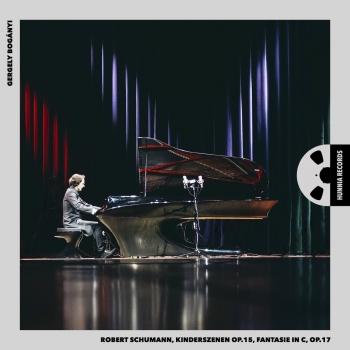 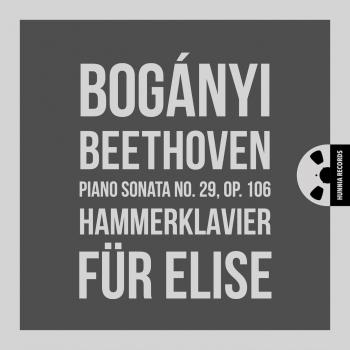