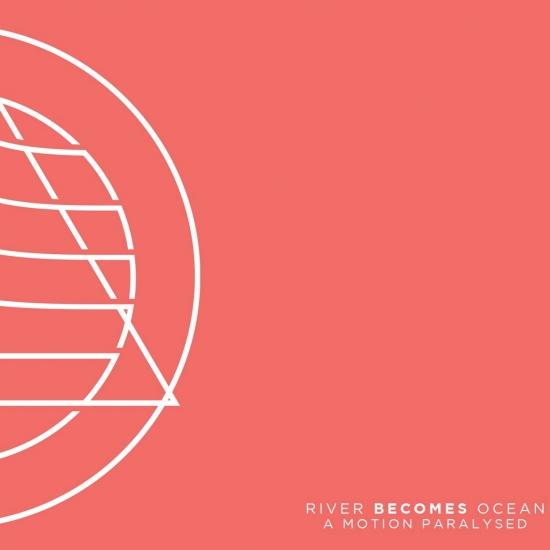 Info for A Motion Paralysed

River Becomes Ocean have announced the release of their debut album ‘A Motion Paralysed’, which will be revealed to the world 18th Jan, 2019 via Department Musik. Hailing from Brighton, the post-hardcore four-piece already have a couple of EP releases under their belt, as well as tours supporting the likes of Silverstein, Framing Hanley and The Qemists. Now they’re set to step things up a notch with their first full length. The first single from the record has also been released and it features guest vocals from none other than Liam Cormier of Canadian hardcore legends Cancer Bats. Heavy rock riffs combine with a bold cinematic sound and deliciously cutting vocals to create on this new single ‘Silence Means Nothing’.
Influenced by Classical music and film scores as much as by their heavier music peers and forefathers, River Becomes Ocean have embraced many styles of music with ‘A Motion Paralysed’, which kicks off with the movielike ‘Brighton’. The heaviness is there in tracks like ‘This Hell Is Heaven Sent’, but poppier soundscapes are also toyed with in the likes of ‘You Said’, ‘Apart’ and ‘The End’. ‘Happy’ and ‘The Fall’ are River Becomes Ocean’s take on a power ballad.
The lyrics on the album are inspired and informed by the refugee crisis (‘Take My Hand’), resisting the hierarchy (‘The End’), and even Elvis Presley (‘The Fall’). Overall, it’s some of the band’s darkest material to date. “Although focusing on love and relationships through much of the record’s material, we also approach new subjects like the apathy of Generation Z and a feeling of numbness towards our current political situation,” says vocalist Marvin McMahon. “Betrayal, deception, broken hearts and hopelessness are not only central to ‘A Motion Paralysed’ but they’re bleak states of being that can be seen around the globe on a daily basis,” continues McMahon, with a grimace. “A glimpse at the evening news or your social media feed often give a very sinister outlook on what the world has to offer at the moment. Hate crimes, love crimes, war crimes, race crimes, gender crimes. We’re doomed. In times like these, togetherness, tolerance and mutual understanding are more important than ever. River Becomes Ocean hope to stand for the light at the end of tunnel amidst a sea of darkness. We will continue to stick together, as always, and we want our fans and the music community as a whole to be a part of that sense of togetherness.”
River Becomes Ocean 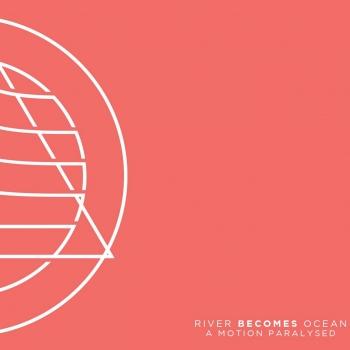 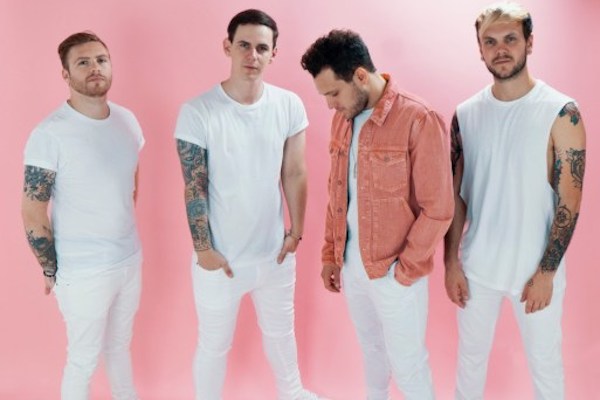 River Becomes Ocean
Forming in late 2013, River Becomes Ocean represents the movement of something small emerging into something bigger, which reflects their music style, combining heavy rock riffs with a bold cinematic sound.
The quartet already celebrate a dedicated world-wide fanbase and early critical acclaim, with their 2014 debut EP ‘The World Around Me’ and it’s follow up EP ‘December’ released in 2016.
RBO have also collaborated with Canadian post hardcore veteran Shane Told of Silverstein on the emotional and hard-hitting track ‘What If I Stay’. This track became a huge success for the band and saw the video picked up for full circulation by MTV, MTVu and VH1.