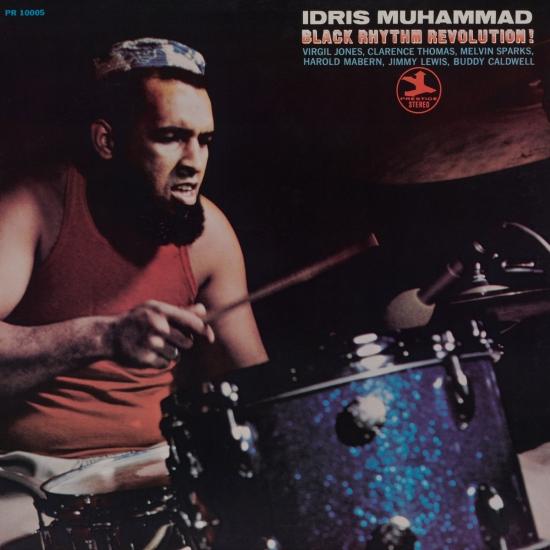 Black Rhythm Revolution! from 1972. an excellent drummer who has appeared in many types of settings, Idris Muhammad became a professional when he was 16. he played primarily soul and r&b during 1962-1964 and then spent 1965-1967 as a member of Lou Donaldson's band. he was the house drummer at prestige records (1970-1972), appearing on many albums as a sideman. of his later jazz associations, Muhammad played with johnny griffin (1978-1979), Pharaoh Sanders in the 1980s, George Coleman, and the Paris Reunion band (1986-1988). he has recorded everything from post-bop to dance music as a leader for such labels as prestige, kudu, fantasy, theresa, and lipstick.
"Black Rhythm Revolution is not a bad album at all; in fact, most of the tracks are good to great, with the lengthy bookends "By the Red Sea" and "Wander" both featuring memorable grooves and tight, compact solos. It's just considerably less intense than the title might lead one to believe."[5] Most critics who listened to the album said, although largely unknown, it was one of the better drummer albums of its time." (Stewart Mason, AMG)
Idris Muhammad, drums
Virgil Jones, trumpet
Clarence Thomas, tenor saxophone, soprano saxophone
Harold Mabern, electric piano
Melvin Sparks, guitar
Jimmy Lewis, electric bass
Buddy Caldwell, congas
Produced by Bob Porter
Digitally remastered 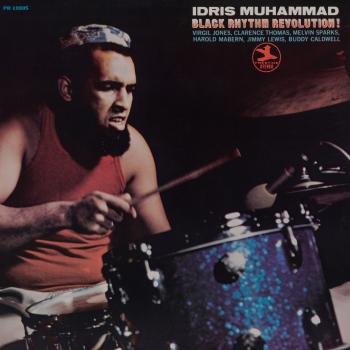 Idris Muhammad
was born in New Orleans (as Leo Morris) on November 13, 1939 into a musical family. His father, Nathaniel Morris, played banjo on a traditional New Orleans band, and several of his brothers are also musicians. He started playing drums at the age of six in the school band, and got his professional job at age twelve playing with a marching band in the back of a truck during Mardi Gras. He was only fifteen when he recorded, with Fats Domino, the original version of Blueberry Hill .
During the fifties he worked with some of the legends of soul music, such as Sam Cooke, Arthur Neville, Curtis Mayfield, etc. He also worked with blues and rhythm & blues stars such as Joe Turner, Muddy Waters, Shirley and Lee or Little Richard.
The sixties found Idris in New York, where he was part of the Funk Jazz movement, with hits such as Lou Donaldson’s Alligator Bugaloo, Charlie Earland’s More today than Yesterday or Stanley Turrentine’s Sugar .
Between 1969 and 1970 Idris was responsible for all the percussion parts for the award-winning musical Hair , and between 1973 and 1979 was the regular drummer for Roberta Flack.
Idris led his career towards pure Jazz during the eighties, working with Johnny Griffin, Pharoah Sanders, George Coleman and the Paris Reunion Band.
During the nineties Idris has worked and recorded with David Murray, John Hicks, Randy Weston, Ahmad Jamal, Tete Montoliu, Hank Jones, John Scoffield, Joe Lovano and Roots.
Universally acclaimed as one of the greatest percussionists of our time, Idris is a fine and versatile stylist, perfectly at ease in any musical context, and he is revered by a whole generation of Jazz drummers as one of the masters of the instrument.