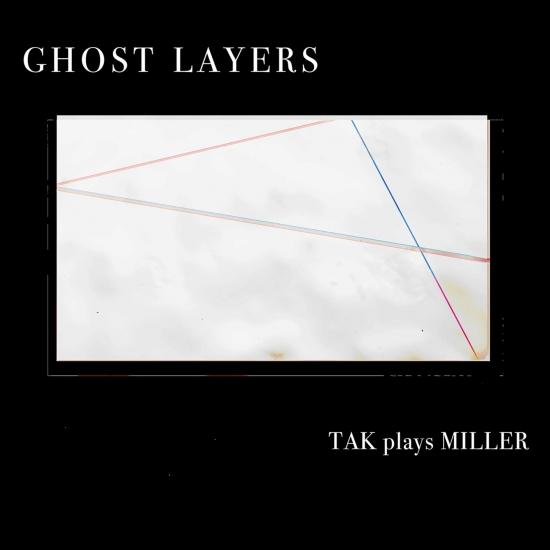 Throughout his work, composer Scott Miller demonstrates a reverence for observation — of the sounds of the natural world, the nuances of the electronic realm, and the intricacies of acoustic instruments. On “Ghost Layers” we hear this quality manifested in several chamber works, all but one of which include electronics. In much of his recent work, Miller has written what he terms eco-systemic music. Through the use of found environmental sounds, subsequent analysis of those sounds, and the establishment of paradigms within the structures of the music, Miller builds musical forms that mimic ecosystems in the way they function. The music on “Ghost Layers” manifests these characteristics of Miller’s music in ensemble pieces that balance kinetic intensity with subtle examinations of pitch and timbre.
Originally written for Estonian based Ensemble U:, Accretion grew out of initial field recordings Miller made in 2015 of waterfalls on the Grand Portage Trail and ice floes in the Grand Marais Bay. Spectral analysis of these recordings generated data which populated the acoustic and electronic material in the piece. The ensemble writing alternates between heterogeneous textures where the instruments occupy different roles within a shared space and more coordinated mechanisms. Two-thirds through the piece, one of the field recordings emerges and washes over the texture, transforming this dynamic piece into one of ambient contemplation.
Eidolon, which means phantom, was written for TAK Ensemble on the occasion of this recording. Inspired by a phantom score Miller thought he heard within the airplane sounds on a transatlantic flight, the work opens with a drone like one you might hear inside the cabin, and an occasional seatbelt notification ping. The ensemble slowly integrates into the electronic sounds, illuminating the score Miller imagined he heard at 32,000 feet.
Spatialization plays a large role in the electronics in the surrealist Chimera No. 2 featuring violinist Marina Kifferstein. The work frequently blurs the lines between the acoustic and electronic sound production or sustained tones and non-pitched material. When the violin takes a more soloistic role with rich double stops alternating with pizzicato phrases, the electronics surround it in a series of unsettling rattles that slink around the stereo field. The work’s ending section shifts to sustained material in an eerie halo of sound that amplifies the high partials of unstable violin harmonics.
Katabasis is the only purely acoustic work on the recording, though the composition was guided by an electronic process involving one melodic line realized by different “windows” moving along the line at different speeds. Short phrases are broken up by rests, lending the texture a ritualistic flavor and a chance to contemplate each set of pitches, simultaneities and discrepancies as a unique sonic gem.
Closing the recording is Lovely Little Monster, which along with Accretion contains the most exuberant music on the recording. Again we hear Miller alternating between systems of independent activity, with swooping glissandi in the winds and disjunct activity in the percussion and electronics. As the piece comes to a close, the monster has either worn itself out or been tamed, as haunting flutter tongue gestures in the flute lead into a final gong sound in the electronics.
Scott Miller’s “Ghost Layers” captures a composer whose innovative use of electronics puts him at the intersection of several trajectories. As a modernist, he explores and deconstructs the properties of acoustic and electronic sound and their intersection. As an experimentalist, he toys with process and silence, using them as tools for framing sound in novel ways. And as a conceptualist, Miller uses his observations and archival footage from the natural world to construct musical structures that echo what he has discovered in ecosystems. The result is deftly crafted music that invites us to listen more broadly to our world beyond the confines of its downbeat and double bar line. – Dan Lippel
TAK Ensemble
Joshua Rubin, bass clarinet 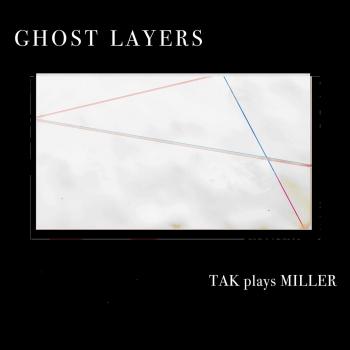 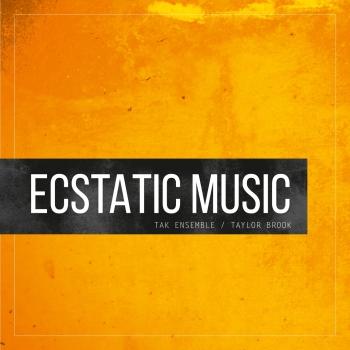 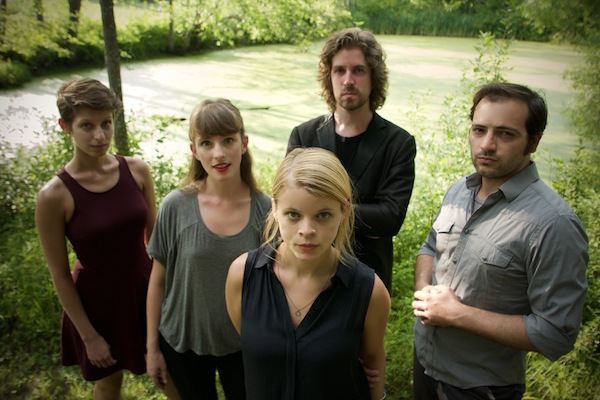 TAK Ensemble
TAK is a quintet that delivers energetic and virtuosic performances of contemporary classical music. Described as “stellar” (Oneirics), and full of “restless strands of ever ­shifting color and vigor” (Feast of Music), TAK concerts are consistently dynamic and engaging. The group frequently collaborates with video artists, installation artists, and experimental theater companies to create immersive concert experiences on a multi-media level. TAK has had the pleasure of working with esteemed composers Mario Diaz de Leon, Lewis Nielson, Tyshawn Sorey, Sam Pluta, Ashkan Behzadi, Natacha Diels, David Bird, and Taylor Brook, among many others.
The members of TAK are each 'individual virtuosos' in their own right (Lucy Shelton), and have performed individually across North America and Europe with ensembles such as the London Sinfonietta, International Contemporary Ensemble, JACK Quartet, Wet Ink Ensemble, and Grammy­-winning ensemble Roomful of Teeth. TAK has performed throughout New York City in spaces such as Roulette, New Amsterdam Records Headquarters, DiMenna Center for Classical Music, and Issue Project Room. In recent seasons, they have been invited to perform in collaboration with the American Composers Alliance, Innovations en concert (Montreal), the Queens New Music Festival (Queens, NY), and the Public Theater (NYC); they have held artist residencies at Avaloch Farm (New Hampshire) and Mount Tremper Arts (New York).
TAK is dedicated to working with young composers, and has collaborated with a number of university composition programs to produce concerts of new commissions. Among these institutions are the Oberlin Modern Music Guild, the graduate composers of the 'First Performance' student organization at New York University, and both the graduate and undergraduate composers of Columbia University for their Columbia Composers Concerts.
Dedicated to the commission of new works and direct collaboration with composers and other artists, TAK promotes ambitious programming at the highest level. TAK fosters engagement both within the contemporary music community, through bringing in guest artists and collaborators, and the musical community at large. Through working with installation artists, theater companies, and video artists, TAK aims to broaden the scope and diversity of their audience interaction.
Taylor Brook
has studied composition with Brian Cherney in Montreal, Luc Brewaeys in Brussels, and George Lewis, and Georg Haas in New York. Brook has also studied Hindustani musical performance in Kolkata, India, with Pandit Debashish Bhattacharya. His music is often concerned with finely-tuned microtonal sonorities and toying with multifarious musical references and styles. Brook writes concert music, music for video, and music for theater and dance. His work has been performed around the world and has been described as “gripping” and “engrossing” by the New York Times. Brook has won numerous awards and prizes for his compositions, including the MIVOS/Kantor prize, the Lee Ettelson award, and several SOCAN young composers awards including the grand prize in 2016. Brook has been a finalist in the Gaudeamus prize and was awarded honorable mention for the Jules Leger prize two years in a row. His music has been performed by ensembles and soloists such as the Nouvel Ensemble Moderne, Quatour Bozzini, JACK Quartet, MIVOS quartet, Talea Ensemble, Ascolta Ensemble, and many others.
Brook's current projects include a new piece for New Thread Saxophone Quartet and a new string quartet for the JACK quartet. Brook holds a master’s degree in music composition from McGill University. He currently resides in New York City, where he is completing a doctorate in music composition at Columbia University and working as a freelance composer.