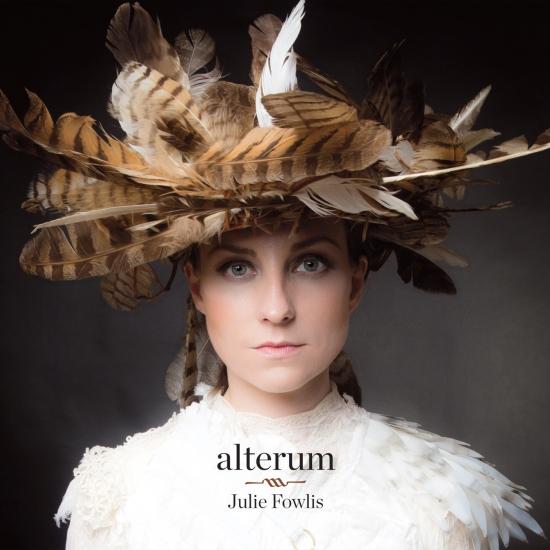 During an impressive career spanning more than a decade, with multiple awards, accolades and four studio albums, she has until now, sung primarily in Scottish Gaelic. The Latin title of her fifth studio album 'alterum' gently suggests that this record is a departure from what has gone before. Fowlis's ascent to international stardom, putting Gaelic folk on the world music map, is evidence that a sublime voice transcends language and culture' - Guardian Julie Fowlis originally hails from North Uist in the Outer Hebrides and is now based in the Highlands of Scotland. Firmly established as a world music artist with a natural interest and ability to cross-over into other genres and styles, she will forever be known as the singing voice of Merida, the female protagonist in the Disney-Pixar Oscar/Bafta/Golden Globe winning movie 'Brave'.
Julie Fowlis, vocals, guitar 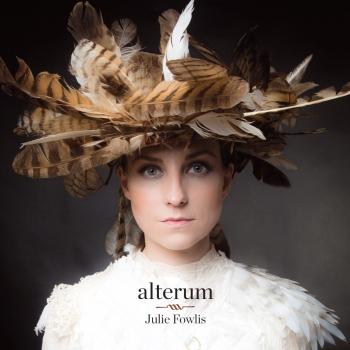 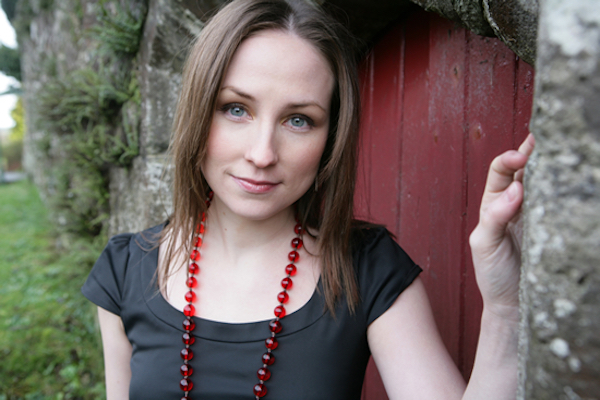 Julie Fowlis
is a multi-award winning Gaelic singer who is deeply influenced by her early upbringing in the Outer Hebridean island of North Uist. With a career spanning ten years and four studio albums, her ‘crystalline’ and ‘intoxicating’ vocals have enchanted audiences around the world.
Nominated as ‘Folk Singer of the Year’ at the 2015 BBC Radio 2 Folk Awards, and ‘Best Artist’ at the Songlines World Music Awards 2015, Julie is a warm and engaging live performer who has graced stages around the world, from village halls in the Highlands to stages in New York, The Philharmonie de Paris and Shakespeare’s Globe in London. Recent invitations to perform have included the world-class Festival of Voice in Cardiff and the World Festival of Sacred Music in Fez, Morocco.
She sang live at the closing ceremony of the Ryder Cup in Chicago in 2012 to a TV audience of 500 million, an event that was only eclipsed by singing live at the opening ceremony of the Glasgow XX Commonwealth Games in 2014, to a TV audience of over 1 billion people.
She will forever be recognised for singing the theme songs to ‘Brave’, Disney Pixar’s Oscar, Golden Globe and BAFTA winning animated film, set in the ancient highlands of Scotland. The track was recorded when Julie was eight months pregnant with her second child, and has since been a worldwide smash hit, and the song ‘Touch the Sky’ was indeed long listed for an Oscar nomination in 2013.
Julie’s most recent studio album of traditional songs in Gaelic, ‘Gach Sgeul / Every Story’, was released in 2014, and received five-star glowing reviews from the likes of Songlines World Music magazine, and which led to her and her regular touring band winning ‘Folk Act of the Year 2014’ at the Scots Trad Music Awards, and she also made history as the first Gaelic solo artist to win a Scottish Music Award in December 2014. She is due to release a new collection of music in 2017.
An artist with a genuine curiosity to explore other traditions and natural ability to cross genres, Julie has collaborated, recorded and performed with artists such as violin virtuoso Nicola Benedetti, and acclaimed singers Aled Jones, Grammy-Award winning James Taylor and Mary Chapin Carpenter. Her passion for folk culture, song and music is exemplified in her collaborations with the celebrated Québécois band Le Vent du Nord, Galician singer Rosa Cedrón, Welsh singer Julie Murphy and her continued musical friendship with Irish singer and musician, Muireann Nic Amhlaoibh.
Over the last ten years, Julie has also become a sought-after and successful presenter on radio and television, on BBC ALBA, BBC Radio 2, and 4, BBC Radio Scotland, BBC Scotland TV, SKY ARTS HD and TG4 in Ireland.
A quiet torchbearer for her native tradition, Julie still finds time to deepen her knowledge of Highland and Gaelic culture, tradition and history through continued research and academic projects. In addition to her two degrees (a BA Honours in Applied Music and an MA in Material Culture & The Environment), she was also awarded an Honorary Doctorate of Music by Robert Gordon University in Aberdeen.