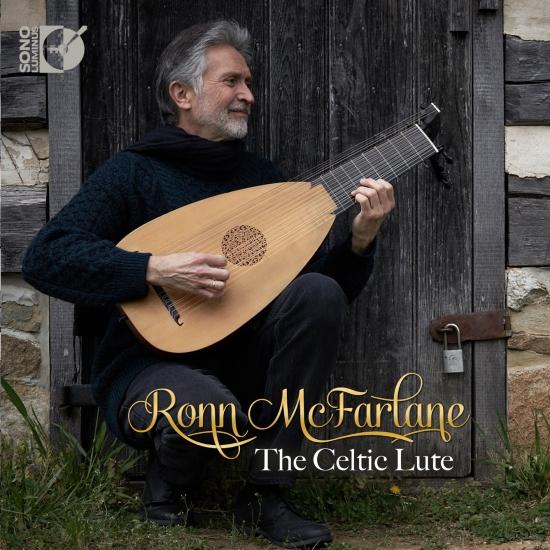 Info for The Celtic Lute

There are Celtic Music specialty radio shows and on-demand audio channels. Celtic Music CDs are sold in health food and yoga stores. We know it when we hear it. Right? So, what is it? There’s a loose definition (or maybe tacit agreement) that Celtic Music is found in those European cultures where the Celtic tribes invaded. Aside from Ireland and Scotland, Wales qualifies, as does Brittany, the Galician part of Spain, the Isle of Man. If we focus just on the Gaelic language group and fine tune it to just Scotland and Ireland, we really know what we are hearing, right? Do we? While there is plentiful cross-pollination between these two nations and an ancient shared heritage, they are not the same place, and their music is not a single common recipe using slightly different ingredients. Irish stew is not haggis. There are differences grand and small, subtle and great. Distinct nations with different histories will evolve different artistic natures, and this is played out in a joyful noise in our Celtic lands. Ronn McFarlane’s heritage and lifelong interest in Scottish music allows us to walk first (as Neil Munro put it) “song-haunted over the Moors.”
"I’ve had a great love for Celtic music since the 1970’s, hearing groups like the Chieftains and The Bothy Band. I was delighted to find Scottish tunes in lute manuscripts from the 17th century. But alas, there is no repertory of Irish lute music. Yet there is an obvious sympathy between the music of Ireland and Scotland, so I undertook to make arrangements of some of my favorite Irish and Scottish tunes that had never quite made it into the historical lute repertory. (An oversight, I’m sure.)” (Ronn McFarlane)
Ronn Mcfarlane, 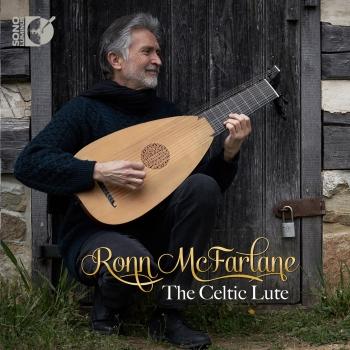 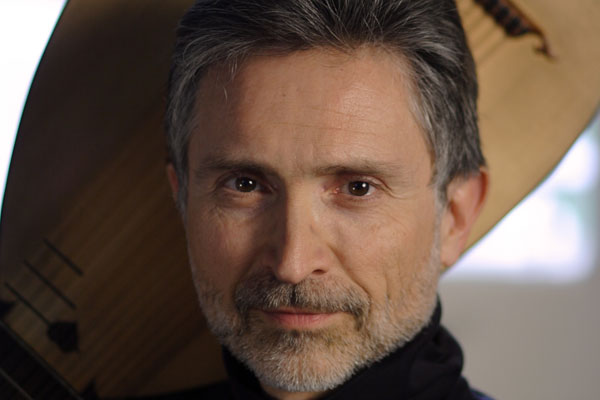 Ronn Mcfarlane
GRAMMY-nominated lutenist, Ronn McFarlane brings the lute—the most popular instrument of the Renaissance—into today’s musical mainstream, making it accessible to a wider audience. Since taking up the lute in 1978, Ronn has made his mark in music as the founder of Ayreheart, a founding member of theBaltimore Consort, touring 49 of the 50 United States, Canada, England, Scotland, Netherlands, Germany and Austria, and as a guest artist with Apollo’s Fire, The Bach Sinfonia, The Catacoustic Consort, The Folger Consort, Houston Grand Opera, The Oregon Symphony, The Portland Baroque Orchestra, and The Indianapolis Baroque Orchestra.
Born in West Virginia, Ronn grew up in Maryland. At thirteen, upon hearing “Wipeout” by the Surfaris, he fell madly in love with music and taught himself to play on a “cranky sixteendollar steel string guitar.” Ronn kept at it, playing blues and rock music on the electric guitar while studying classical guitar. He graduated with honors from Shenandoah Conservatory and continued guitar studies at Peabody Conservatory before turning his full attention and energy to the lute in 1978. The next year, Mr. McFarlane began to perform solo recitals on the lute and became a member of the Baltimore Consort. Since then, he has toured throughout the United States, Canada and Europe with the Baltimore Consort and as a soloist.
McFarlane was a faculty member of the Peabody Conservatory from 1984 to 1995, teaching lute and lute-related subjects. In 1996, Mr. McFarlane was awarded an honorary Doctorate of Music from Shenandoah Conservatory for his achievements in bringing the lute and its music to the world. He has over 35 recordings on the Dorian/ Sono Luminus label, including solo albums, lute duets, flute & lute duets, lute songs, the complete lute music of Vivaldi, a collection of Elizabethan lute music and poetry, and recordings with the Baltimore Consort.
Ronn has composed new music for the lute, building on the tradition of the lutenist/ composers of past centuries. His original compositions are the focus of his solo CD, Indigo Road, which received a GRAMMY Award Nomination for Best Classical Crossover Album of 2009. In 2010 Ronn founded Ayreheart, an ensemble brought together to perform new compositions as well as early music. Ayreheart’s first CD release, One Morning, consists of all-original music by Ronn McFarlane. Ayreheart’s 2016 release, Barley Moon, blends folk music and art music from Renaissance and Medieval England, Scotland and Wales.

Booklet for The Celtic Lute