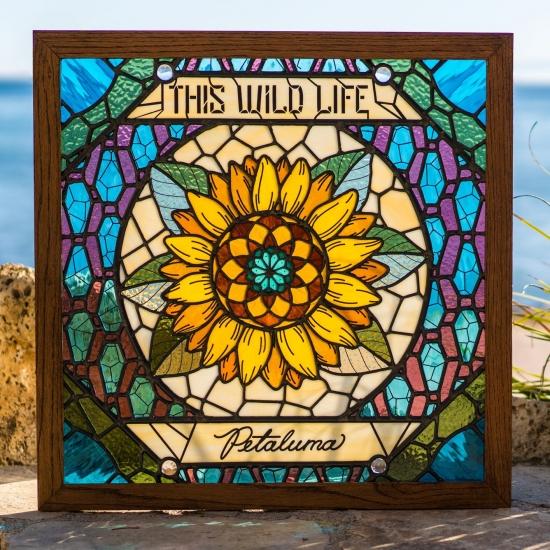 This Wild Life have only been around since 2010 but they’ve already had multiple lives. The duo of Kevin Jordan and Anthony Del Grosso met as outcast drummers in their hometown of Long Beach, California, and eventually formed a well-received punk act. They started to notice that their fans seemed to gravitate toward the duo’s acoustic material, which inspired them to form This Wild Life. Their 2014 Epitaph Records debut album Clouded saw them transitioning from stage dives to sing-alongs, and their follow up album 2016’s Low Tides showed the duo taking their songwriting to the next level by fleshing-out tracks with expanded arrangements and inventive instrumentation. The duo have lived with their records for the last four years and decided what they love and what they don’t about them. Early on in the writing process for Petaluma they made a mutual decision to make a record that felt brighter, more uptempo, and something they would personally want to listen to every single damn day. They limited the arrangements to only instruments that can physically be played. You would think these limits in place would’ve confined them, but the opposite occurred. It opened the door to some of their most honest and explorative songwriting to date. Suggestion from the band about Petaluma, “Listen to it loud with the windows down, on Sunday mornings when you’re cleaning up around the apartment, or throw on some headphones and find some comfort in it’s escape.”
This Wild Life 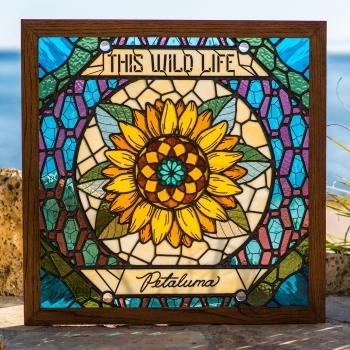 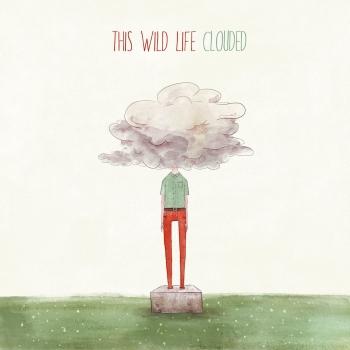 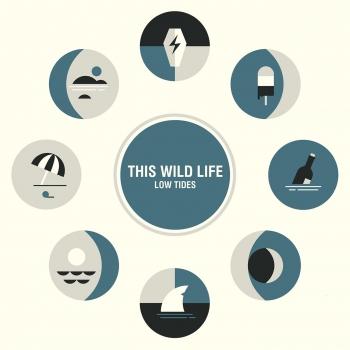 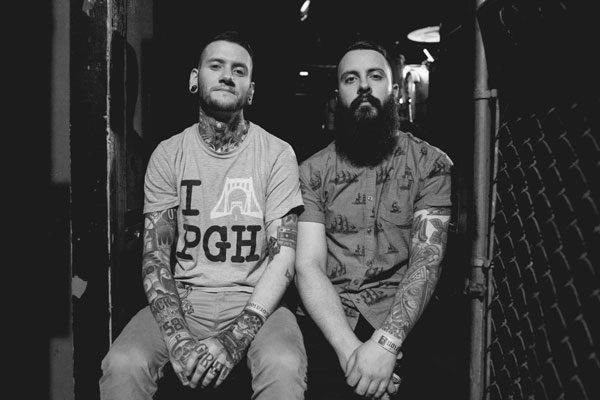 This Wild Life
is a two piece acoustic band comprised of two drummers, what the hell right? We met in our early 20’s and realized that although we were raised on opposite ends of the country, our musical journeys were strikingly similar. Older brother played the drums, so we followed suit. Acoustic guitar showed up at the house, we fucked around with it. Like many teenagers, we listened to a wide variety of music ranging from Blink 182 and Dashboard Confessional, to Earth Wind & Fire, and Snoop Dogg. Some of those influenced us more than others, but Mom ruled the stereo while cleaning up the house Sunday mornings.
Fast forward about a decade and I met Anthony working at a Guitar Store. He was my manager and I had already been fired from the place once, but I’m relentless. We started a band together, and at first it was loud with drums and electric guitars. For about six months we tried out singers to no avail until one day Anthony told me to suck it up and just sing for the damn band already. From the shower to the stage, I started singing in front of more people than I should’ve been for someone with so little experience, not to mention confidence.
We grinded as a local band for years and although we managed to pack out our local venue, the music industry never caught onto us. After our last show, Anthony sold his drum set and told me he wanted to just play acoustic stuff from now on. So we charged our credit cards and flew across the country to make a full length acoustic record with my musical hero Aaron Marsh. While making it we got a Facebook Message from the owner of Epitaph Records saying he loved our band. I told Aaron and Anth I felt like crying. Aaron said “You’ve worked hard for this, do it man!” and I did.
That record was called Clouded and it changed our lives. We spent the following two years in the van traveling the world. The scene we loved that always seemed so far was somehow where we existed now. Back to back Warped Tours, opening for giants like Pierce the Veil, and heroes like Dashboard Confessional and New Found Glory. What a fuckin whirl.
2016 comes around and we’ve lived a whole lot of life and listened to a whole lot of music since our 2014 debut. We get back into the studio with a batch of songs totally unlike our first record. We explored brooding tempos, electric guitar effects, and some ambitious full band tracks. Lyrically the record was self reflective and self deprecating. It reached to the darkest corners of my mind and just fucking stayed there. It was exhausting. Creative departures can be that way, and I’m glad that we explored our sound to find what we truly love about creating music. That record was called Low Tides.
And so here we are today. We lived in our records for the last four years and decided what we love and what we don’t about them. Early on in the writing process we made a mutual decision to make a record that felt brighter, more uptempo, and something we’d personally want to listen to every single damn day. We limited the arrangements to only instruments that can physically be played (Synths are cool, but Twenty One Pilots we are not). You would think these limits in place would've confined us, but the opposite occurred. It opened the door to some of our most honest and explorative songwriting to date.
While sonically these songs have a sunny continuity to them, the lyrical content between songs is some of our most diverse. This was clear while writing our quirky ukulele laden love song "Catie Rae" during the same span that our song "Westside" was written about a loved one being sexually abused. Along with the lyrical diversity, our producer Ryan Hadlock (Lumineers, Vance Joy) helped us explore unique instrumentation. Although a couple city kids have no business playing folk music, we incorporated sounds of mandolins into the backing of our pounding sing along track "Headfirst" and beautiful string arrangements supporting our fingerpicking ballad "Hold You Here". Weaving these instruments in and out of our acoustic arrangements allowed a breath of fresh air and an individual voice to each track while maintaining the organic sound we were chasing. Hell yeah.
I hate it when bands tell you their new record is their “best shit yet” or “more mature”. That’s not for them to decide, it’s for the listener. And so I leave you with our new record Petaluma. These songs are yours as much as they are ours. Listen to it loud with the windows down, on Sunday mornings when you’re cleaning up around the apartment, or throw on some headphones and find some comfort in it’s escape.