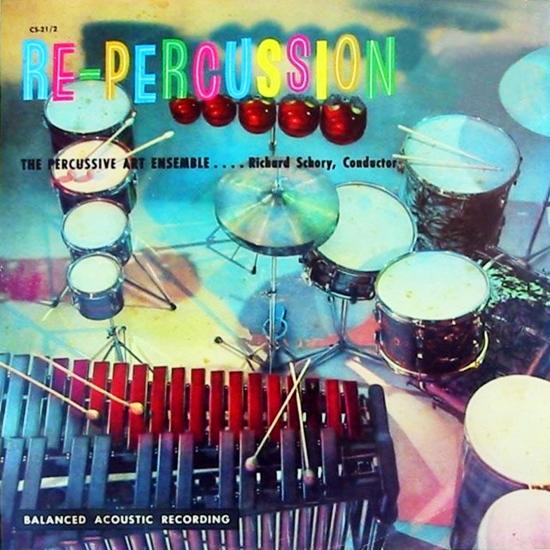 Newly remastered: Dick Schory was a noted percussionist and recording artist, played with the Chicago Symphony, toured as a performing percussionist, appeared on TV, directed radio and TV commercials, and was advertising manager and educator for Ludwig Drum Company. Schory was a major influence on both classical and popular percussion music. He was a master innovator. There were no limits to his creativity when it came to arranging percussion ensembles; he would use unorthodox instruments such as auto brake drums, inverted rice bowls, and even a manifold from a '46 Chevrolet to great effect. This classic album recorded in 1957 presents true percussion artistry by ten top professional musicians each playing as many as five and six different instruments in a single number.
Dick Schory & The Percussive Art Ensemble
Digitally remastered 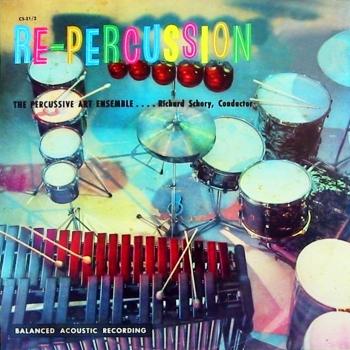 Dick Schory
If Dick Schory is more than a percussionist. He is also acomposer, arranger, conductor, music publisher, record and television producer,audio pioneer, and music industry veteran responsible for instrument design and marketing. But perhaps one of the most telling facts about his impressive musical career is that nine members of the PAS Hall of Fame performed with Schory’s famous Percussion Pops Orchestra. What made this musician so specialto attract such stellar sidemen and soloists?
Richard L. “Dick” Schory was born in Chicago, Illinois on December 13, 1931 to a musical family. His father, Howard, had been a noted bandleader and percussionist in Columbus, Ohio, and his mother, Dorothea, was a Community Concert Representative for Columbia Artists Management in its Community Concert division. Following a concert by the Chicago Salvation Army Headquarters Staff Band at DeWitt Clinton Grade School, young Dick was hooked. He came home from school and told his family that he wanted to be a musician.
In 1942, the family moved to Ames, Iowa, and Schory began to take music lessons—on trumpet! But by the time he got to high school, he was playing percussion. “I played in the marching, concert, and pep bands as well as the symphony orchestra,” recalls Schory. “I started the first Ames High School jazz band, and the 16 members would rehearse in our living room every Wednesday night. We played all the school dances and special jazz concerts.
“In those days,” Schory continued, “there were no percussion teachers in Iowa. My dad taught me a lot of the fundamentals.” During his summer breaks from high school, Schory would play in the Ames Municipal Band and the summer band at Iowa State University, where he met Frank Piersol, Director of Bands at ISU. “He was my first influential teacher as well as a real mentor to me,” adds Schory. “He was such a great musician with a lot of ‘heart’.”
Schory graduated from high school in 1950 and enrolled in Iowa State University. “Even though they weren’t offering a degree in music at that time, I thought I’d get my freshman year out of the way,” he remembers.
In January 1951, after his first quarter at ISU, Schory enlisted in the U.S. Air Force and was assigned to the Strategic Air Command (SAC) headquarters in Omaha, Nebraska, where he remained until the end of his enlistment. “I probably learned more about music in the four years I was with the Air Force than I did at either Iowa State or Northwestern,” Schory says with a laugh. “We had a marching band, a jazz band, two jazz combos, a glee club, and a concert band. We were always rehearsing or performing.
“One of the things we did was a weekly television show on WOW-TV Channel 6—the same station Johnny Carson came from,” he continues. “One week was the concert band and the glee club and the next week was the jazz band, so we had to write a lot of original charts and arrangements. Of course, that’s the best kind of experience you can get—to be able to hear your music played immediately upon writing it.”
Another benefit of being in the Air Force was that during performing tours throughout the SAC Command and the Midwest, Schory often wound up in Chicago, giving him the opportunity to study with Edward Metzinger, Principal Timpanist with the Chicago Symphony. He also studied composition via a correspondence course from the University of California–Berkeley. ...