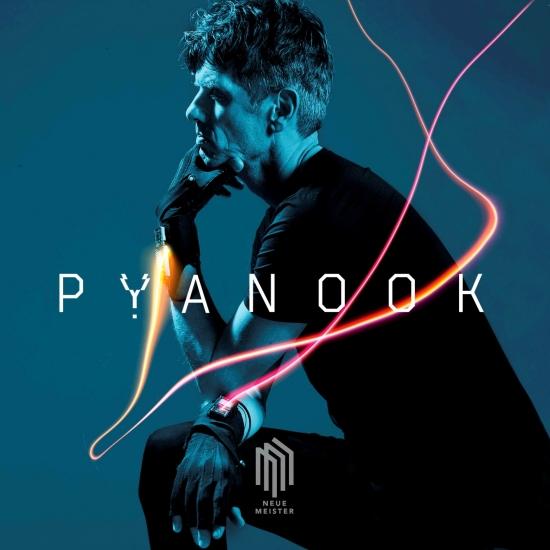 The mixture of analog and digital sounds is no longer a novelty in modern compositions, but few artists have anchored this musical symbiosis as broadly and deeply in their work as the pianist Ralf Schmid in his latest project PYANOOK. While in acoustic pieces technology is often used at the post-production level to modify or expand existing sounds, Schmid uses it from the very beginning in the composition and performance of his pieces. He uses a groundbreaking innovation of modern music technology: mi.mu-Gloves. With them, he can immediately digitally manipulate the sound of what he plays on the piano - by hand gestures alone. This interaction of instrumental virtuosity and sensitively applied technology not only led Schmid to an album, it was also the basis of his alter ego.
"PYANOOK is my artistic engagement with technology. I only set myself one limit: the entire electronic sound production is based on the timeless timbre of the grand piano," says Schmid about the project. The music gloves presented for the first time by the renowned British musician Imogen Heap are portable tech products that combine movement and sound. They use sensors that convert various hand gestures into programmable sound effects. The gloves allow musicians to create their music in a more natural and expressive way: "Here's an example: I want to send the piano sound to a large reverberation room - not just turn it on and off, but fade it in and out continuously. I combine this fade-out with a glove movement, i.e. an opening gesture that moves both hands to the side and opens my arms," explains Schmid.
The German composer had already worked with digital tools in the past, but it was only during a longer stay in an artist's residence in Oslo that he intensively explored how he could use the technology to expand his own instrument, the grand piano. The glove was the perfect solution. With PYANOOK, Schmid opens up completely new horizons for analog instruments and live performances. The task of bringing the album to the stage is not limited to reading, playing and interpreting sheet music. With every movement of the pianist, the compositions become alive and inextricably linked to him and his body. Every slight turn of the wrist, every finger movement changes the sound of the piano in a unique way: "While experimenting with keys and gloves, there was a moment when I stood up from the piano bench to expand my radius. I triggered piano chords with "drum hits" in the air, opened effect rooms with arm movements and conducted the electronic sound flow," says Schmid. In addition to his intensive performance, in which he uses his entire upper body rhythmically to create the music, there is a fascinating light show and visuals by Pietro Cardarelli. Triggered by the movements of the gloves, Schmid and Cardarelli interact audiovisually in real time.
PYANOOK is an album that doesn't disappoint lovers of jazz and classical music and appeals to the more progressive listener with the urge to discover new acoustic worlds. His 10 tracks are of immense beauty and depth. While the effects used challenge and fascinate the listener, they should be equally grounded by the sound of the piano: "The piano is a symbol of a long tradition, there is security and peace in constantly changing contexts," says Schmid. The opening track of the album, Impromptu Reggae, is an overwhelming introduction to this new world of sound, with piano cascades on several levels that interact analogously and digitally. In addition to the dynamic piano improvisations, electronic beats are added: "There is a complete range of piano sounds from natural to artificial. A multidimensional piece, surprising and playful like the historical Impromptu," says Schmid about the track. Other tracks are experimental in nature; in Aira, for example, Schmid plays the chamber note and immediately floats over the piano with both gloves on, slowly moving it up and down and distorting the sound. The repetitive pounding of the chords is transformed into a distant groove over which flowing jazz melodies are played.
The search for the essence of sound and the exploration of its boundless possibilities has shaped much of Ralf Schmid's earlier work. He has already worked with very different artists such as Herbie Hancock, Whitney Houston, Daniel Hope or the trumpeter Joo Kraus and has led large ensembles and choirs. Within these collaborations, he has produced albums that make a strong statement for his open-mindedness.
Ralf Schmid, piano 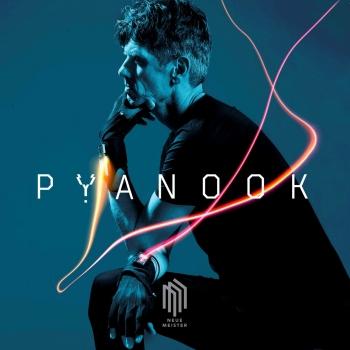 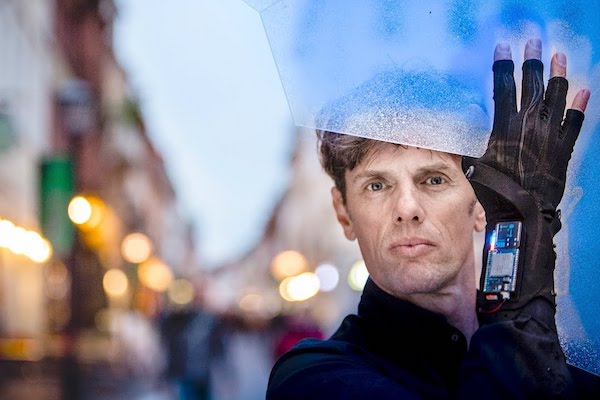