Info for Live in Hamburg

Don Airey is the keyboard player of Deep Purple. With the iconic British band, he succeeded in doing what would have been impossible for any other keyboard player, substituting the legendary founding member Jon Lord, accidentally one of his idols.
Don's career has been incredible. His contribution has marked the history of hard rock. From his works with Ozzy Osbourne on the first albums, through Michael Schenker Group, three great album with Rainbow (together with Roger Glover and of course Ritchie Blackmore), until playing all keyboards on Whitesnake's smash album "1987", Judas Priest's Painkiller and many albums from Gary Moore, including the hit "Still Got The Blues" for which Airey wrote and arranged all the orchestral parts.
This concert has been recorded in Hamburg, during the club tour of his solo album "One Of A Kind", the first released on earMUSIC.
The show is a selection of Don's favourite songs from his unique career. A "Hard Rock songbook", played live in a superb way by a band including Carl Sentance (the current singer from Nazareth) and the guitar rising star Simon McBride who will release his new solo album on earMUSIC in 2021.
Carl Sentance, vocals
Laurence Cottle, bass
Simon McBride, guitar
Jon Finnigan, drums
Don Airey, keyboards, organ 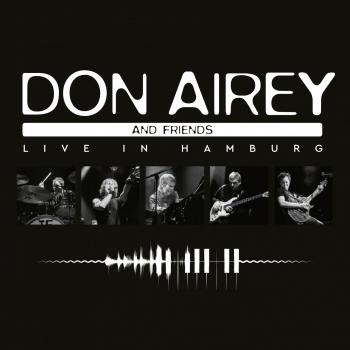 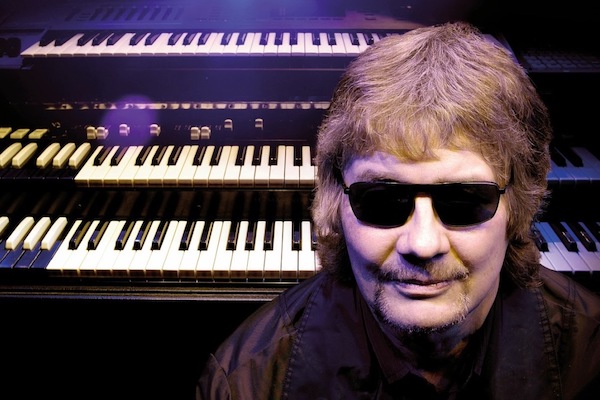 Don Airey
is nothing if not prolific. Though currently known as a member of Deep Purple, his keyboard work can be heard on over three hundred albums, placing him among the most recorded players of all time. And this quality of output comes, crucially, with a true seal of quality. Don has toured with the great and the good and had a box seat on some of the most amazing events of rock history.
Born in Sunderland, Airey learned classical piano from the age of three, got his hands on a Hammond organ as a teenager and never looked back, studying at both the respected Nottingham University and then the Royal Manchester Conservatoire.
His first stint with a major rock act came in ‘74 with Cozy Powell’s Hammer, before joining Jon Hisemen and Gary Moore in the fusion outfit Colosseum II.
“Working with Jon Hiseman was an extremely formative experience and the live shows with 22 year old Gary in full cry, were unforgettable for the audience – I still get people coming up to say hello who were at one of the shows.”
Don performed on the Black Sabbath album ’Never Say Die’,”they were the nicest bunch of people I ever worked with – Tony was awe inspiring, Ozzy hilarious” but then, in 1978, he teamed up once more with Cozy Powell, but also Ritchie Blackmore and Roger Glover in Rainbow. He enjoyed huge success over three years. “Playing in Japan was like being in the Beatles – Graham Bonnet and I had to run for our lives in a shopping arcade pursued by a vast posse of young ladies.”
The next four years were spent with Ozzy Osbourne – Don, after all, had created the keyboard intro to the seminal track ‘Mr. Crowley’ on the ’Blizzard of Oz’ album and played all of the keyboard parts on the ‘Bark At The Moon’ album. “Being with Ozzys band was an experience that made me proud to be there, but I wouldn’t want to go through it again.”
During the 1980s Don undertook session work for many artists, most notably on Gary Moore’s ‘Out In The Fields’ album and Whitesnake’s multi-platinum selling ’1987’. Jethro Tull invited him out touring with them. This was followed the following year by the release of Don’s first solo album ‘K2’. Returning to work with Gary Moore between 1989 and 1991, playing keyboards of course but also as arranger, Don started work on the acclaimed ‘Still Got The Blues’ project. “This album, to our surprise became the biggest selling blues album ever, just reward for the dues Gary paid over the years”
A family illness meant that Don stepped away from music between 1992 and 1995 but, returning the following years, he put in stints for ELO, Uli Jon Roth, Graham Bonnet, Colin Blunstone, Judas Priest, Tony Iommi, Company of Snakes and – remarkably – as Musical Director [though he also arranged and performed on the track] even helped Katrina and the Waves win the Eurovision Song Contest in 1997. “The best thing about that evening was Terry Wogan buying me a pint of Guinness afterwards. “
However, it was in 2001 that the opportunity to join Deep Purple came along. Don stood in – at a day’s notice – for Jon Lord ahead of Deep Purple’s summer tour. “There was one brief run through with Steve Morse in a hotel room then out on stage in front of 28,000 people at Skanderberg.” When Jon then announced his retirement, Don was delighted to join the band full time and, hundreds of shows and three studio albums later, remains with them. “The success of the album ‘Now What?!’ in 2013, has been one of the most notable things to happen to me. Long may I continue.”
Down time from Deep Purple is limited, however, in 2007 Don released his second solo album, ’Light in the Sky’. This was followed in 2011 by ‘All Out’, again through Mascot Records and followed it up with ‘Keyed Up’ in 2014. “I’ve tried on this new album to refine all I have learnt in the last decade with Purple, viz to capture the sound of Lorenz Hammond’s brainchild roaring.”