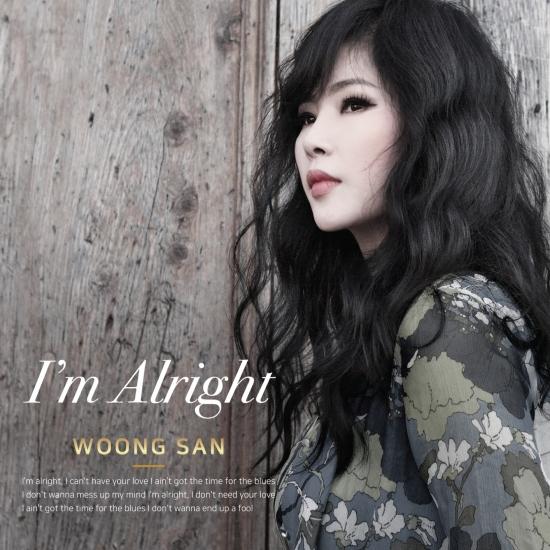 "I'm Alright" is WoongSan's ninth album. "I'm Alright" is released simultaneously in Korea and Japan in three years since the eighth album 'Temptation' (2016), and it shows the completion of the smooth jazz which was shown before.
"I'm Alright," released on the 5th, faithfully expresses the personality of Woong San who has a funky and bluesy sound even after following the example of smooth jazz.
The title songs 'I'm Alright' and 'Love Is A Losing Game' show not only the outstanding singer-songwriter but also the perfect interpretation of the standard songs in the new environment through collaboration with domestic and foreign performers .
Especially, it is an album where a lot of jazz musicians from all over the world can participate and feel a richer sound.
John Beasley, the producer of the album, is a pianist in the 2017 Grammy Awards Best Raj Jazz Ensemble album, Best Arrangement.
In addition, Benjamin Shepherd, an impressive bass player in 'You And The Night And The Music', and Paul Jackson Jr., a sensational guitarist in the single 'Bear Walk' 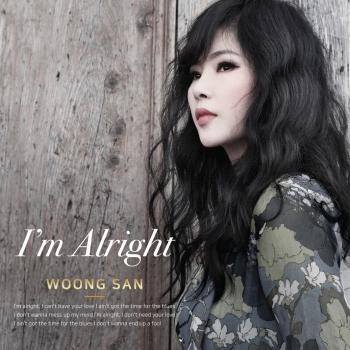 WoongSan
(born Kim Eun Young) is an award-winning South Korean musician, actress and TV show host.[1] She has been a leading figure in the jazz music scene in Korea and Japan for over a decade, having performed live over 500 times since her 1998 Japanese debut. She is the first Korean-born musician to perform at New York City's historic Blue Note Jazz Club and has collaborated with many other well-known jazz musicians including Benny Green, Lonnie Plaxico, Rodney Green, Conrad Herwig and Suzuki Hisatsugu. She is also well known for training Ali (South Korean singer), a popular K-pop singer.
When she was 18, WoongSan spent a year and a half at a Buddhist temple in the Korean countryside. During her training she had a powerful realization: her calling in life was music.[2] Initially she played in a college rock band, but after a friend played her a Billie Holiday record, she began to dedicate herself to jazz. She spent several years performing as a solo artist then released her first album accompanied by a jazz ensemble in 1996. By the end of 1998 she was a recognizable figure in both Korea and Japan, and since then, she has released six albums, garnered numerous awards and critical acclaim, and continues to tour prolifically. She has also written many songs for films.
Last year, she proved her career was an ongoing path as a music performer on the stage collaborated with Lee Ritenour.