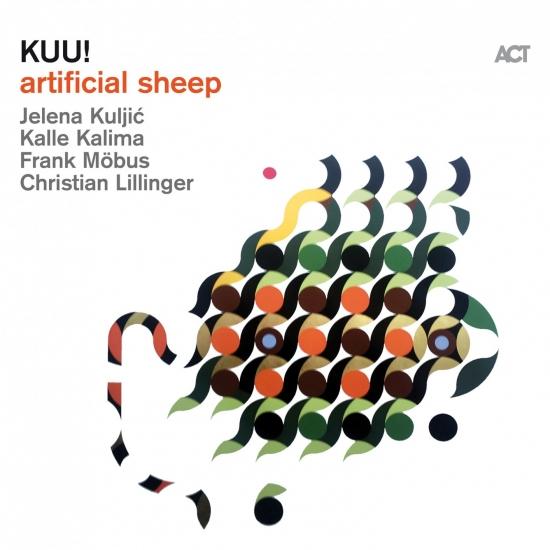 The widespread positive response to “Lampedusa Lullaby”, KUU!’s 2018 label debut on ACT also gave rise to enthusiastic, imaginative and telling descriptions of the band’s music: “An alchemically complex jazz punk alloy. […] Really rather wonderful.”( PROG magazine). “A raw, thorny mixture of punk attitude, electro- dance elements, eccentric fusion, and free jazz outbursts.” (All About Jazz).
These plaudits drew attention to perhaps the most remarkable, unexpected, maybe even paradoxical thing about KUU! (it means ‘moon’ in Finnish): that this unique quartet of singer Jelena Kuljić, two guitarists Kalle Kalima and Frank Möbus, and drums/percussion Christian Lillinger always find ways to combine powerful attitude, in-your-face political engagement, and even occasional white-hot rage, with astonishingly and consistently high levels of musicality, musical interest and a kind of creativity which is capable of taking the band off in many different directions.
This is indeed a group of superb musicians who have been honing their craft on stage together for most of a decade. And while all four of them – understatement! – have multiple commitments to all kinds of other activities, KUU! is something which they want to commit themselves and their time to, and which they all palpably enjoy: "Basically, we just want to play,” says says Kalle Kalima, “good concerts with this band are complete bliss." And Jelena Kuljić adds: "When we play, it's pure heaven."
And now Corona. The pandemic has faced this band - and its four members who put so much of their energy and considerable craft into it - with a problem: how to keep KUU! progressing, how not to stand still, but to achieve it without having the normal context of live performance. In essence their work was moved into their home studios in Munich and Berlin. And what is remarkable about the album “Artificial Sheep” is how successfully they have managed to re-learn everything and to make it instinctive: the communication between them, their processes, the way in which thematic material flows into the lyrics, beats, rhythmic interweaving, the sounds and the energy-producing friction of their strong personalities. And above all their ability to create and to hold the atmosphere.
The world of “Artificial Sheep” is haunting and unsettling. A dystopian future is very present and very real here. And rather than imagining the future, there is a particular immediacy because the world of Blade Runner has suddenly become much more like the everyday in 2021: paranoia, control, power and mistrust, the wholesale deceit of the world, environmental destruction, humans versus robots ...Here we are in the world of the 1982 cult film with Harrison Ford, which was based on the 1968 Philip K. Dick sci-fi novel "Do Androids Dream of Electric Sheep?”; the album title “Artificial Sheep” is derived directly from that book. Challenging questions of what is reality and what is just perception or fake are there, right from the very first line of the first song: “It’s easier to believe fiction than real life.” And in the song “Officer kd 6-3.7”, this develops into riddles about who or what is human and what is cyber: “I am not a program. I don’t know if I can feel it.”
In this dark, claustrophobic world where conspiracy theories and manipulation prevail, human relationships are tense. Jelena Kuljić launches herself particularly powerfully into the domain of gender politics in a compelling tour de force in “Miss Stress”. If Kuljić in the past has been compared to Nina Hagen, then the focus, intent and sheer force of personality she finds here are such as to leave those memories and comparisons way behind. There are also cover versions of songs by Arcade Fire (“My Body is a Cage”) and the Beastie Boys (“Sabotage”, underpinned by some magnificent powerhouse drumming). And in the powerful final song, “Book of Nihil”, with a lyric co-written by the members of the band, there is a particularly menacing juxtaposition of the threats from Darwinian natural selection combined with the sinister commandments to conform to social norms from ‘Jante's Law’ by the Danish novelist Aksel Sandemose. We find ourselves in a strange world of harmonic uncertainty and anonymity, and the album ends eerily as if its life support has suddenly been cut off.
Musicians tend to know when they’ve done something that is genuinely out of the ordinary. Kalle Kalima describes “Artifical Sheep as "one of the most awesome things I've ever done". The strange worlds of the imagination which this album inhabits, and the persuasiveness of the musical language which KUU! have found to take us there are unforgettable. Far from having their senses dulled by the pandemic, these musicians have seen them reinvigorated and reanimated. And that is the most unexpected and engaging paradox of “Artificial Sheep”.
"Is it Rock? Jazz? Punk? Avantgarde? KUU! smashes genres." - Fidelity
"An alchemically complex jazz punk alloy. […] Really rather wonderful." - PROG
Jelena Kuljić, vocals
Kalle Kalima, guitar, bass
Frank Möbus, guitar
Christian Lillinger, drums 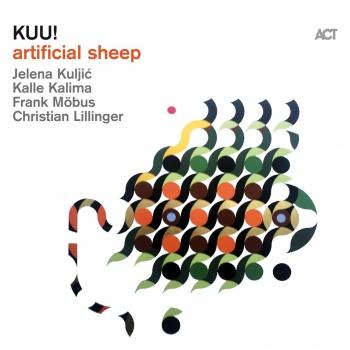 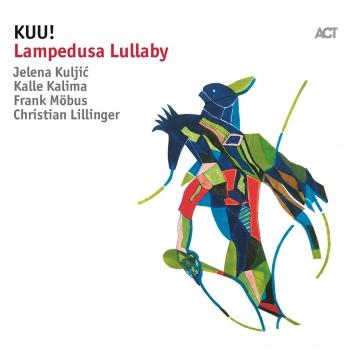 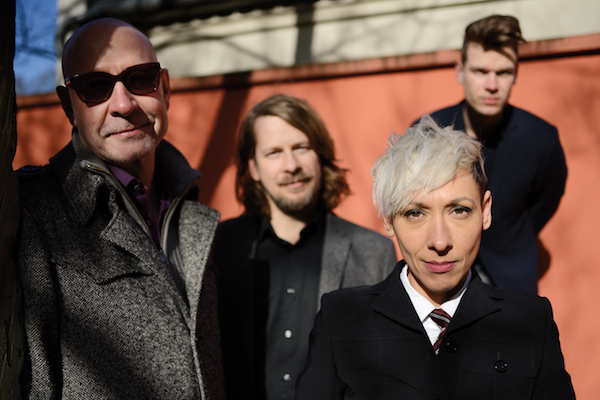 KUU!
Uber-sharp swirl. KUU! finds its way on paths paved with two guitars: Frank Möbus plinks delicious raindrop notes, and like something out of a dream, guitarist Kalle Kalima carves the very air. The magnificent jazz-punk cascades of drummer Christian Lillinger. Singer Jelena Kuljić sings supreme with a voice of steel and dark chocolate. This music is its own theatre, hectic modern noir. Touch it now! KUU!’s debut album “Sex gegen Essen” was released by Shoebill Music in March 2014. The second album “Lampedusa Lullaby” is coming out August 31th 2018 thanks to ACT music.
Jelena Kuljić
born in Serbia in 1976, completed her studies in jazz singing at the Berlin Jazz Institute in 2008. In addition to her band “Yelena K & The Love Trio” (Double Moon Records, 2010) she initiated other projects, such as “Y Move” (Minor Music, 2006), “Fasil” (ECM, 2009), “KUU!” (shoebill music, 2014) and “Z-Country Paradise” (Z-Paradise Records, 2015). As musician and actress she is working in the most prominent theatres in Europe, such as Volksbühne Berlin, Schaubühne Berlin, Burgtheater Vienna, etc. Starting with the 2015/16 season Jelena Kuljić is a permanent member of the Münchner Kammerspiele ensemble.
Kalle Kalima
has released albums with his group Klima Kalima and with the group Johnny La Marama. He has worked with many musicians, such as trumpet player Tomasz Stanko, sax player Anthony Braxton, and bass players Sirone and Greg Cohen, guitarist Marc Ducret, composer Simon Stockhausen, drummer Tony Allen and singer Linda Sharrock. He is also playing with Jimi Tenor, Finnish underground pop star.
Frank Möbus
is leading the group Der Rote Bereich (ACT, Intakt) and is a member of Carlos Bica Azul (Enja, Clean Feed), Erdmann/Rohrer 4tett (Intakt), Raw Vision (Unit Records) and Wiesendanger/Möbus/Hemingway. He has worked with Ray Anderson, Kenny Wheeler, Louis Sclavis, Mark Helias, Chris Speed, Han Bennink, John Davis, Kevin Coyne, etc. Since 2006 he has been working as a producer for several artists.
Christian Lillinger
plays in the Trio Hyperactive Kid. He is leading the group GRUND, which has released 2 albums on the Clean Feed label. 2013 he became the Composition Grant from the city of Berlin. He has worked with Joachim Kühn, Beat Furrer, Zeitkratzer, John Tchicai, David Liebmann, Joe Lovano, Miroslav Vitous, Tony Malaby and others.