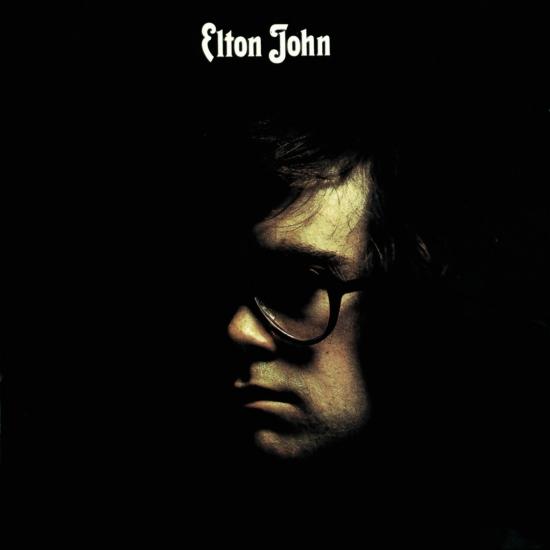 Elton John's second album was his first to be released in the U. S., and the difference between it and its predecessor, 'Empty Sky', is palpable and immediate. Elton John opens with 'Your Song,' a halting ballad that is one of the most moving love songs in the modern pop canon. The album also marks John's fruitful association with Gus Dudgeon and arranger Paul Buckmaster (who'd previously collaborated on David Bowie's 'Space Oddity'). The team came up with a spare orchestral sound that surrounds the singer and his piano with dashes of both classical and rock guitar, synthesizers, carefully arranged drums, and searing strings.
This wasn't all-out pop yet, but rather a striking and singular brand of folk-rock. 'Take Me To The Pilot' shows flashes of John's rocking future ('Bennie And The Jets' descended from it), 'No Shoe Strings On Louise' is Rolling Stonesy country-rock, and 'Sixty Years On' is haunting and memorable. More typical for this session is 'I Need You To Turn To,' another love song that finds lyricist Bernie Taupin in an unusually direct mode, and features a beautiful harpsichord melody from John. Elton John cast the mold for the singer's future superstardom.
'Empty Sky was followed by Elton John, a more focused and realized record that deservedly became his first hit. John and Bernie Taupin's songwriting had become more immediate and successful; in particular, John's music had become sharper and more diverse, rescuing Taupin's frequently nebulous lyrics. 'Take Me to the Pilot' might not make much sense lyrically, but John had the good sense to ground its willfully cryptic words with a catchy blues-based melody. Next to the increased sense of songcraft, the most noticeable change on Elton John is the addition of Paul Buckmaster's grandiose string arrangements. Buckmaster's orchestrations are never subtle, but they never overwhelm the vocalist, nor do they make the songs schmaltzy. Instead, they fit the ambitions of John and Taupin, as the instant standard 'Your Song' illustrates. Even with the strings and choirs that dominate the sound of the album, John manages to rock out on a fair share of the record. Though there are a couple of underdeveloped songs, Elton John remains one of his best records.' (Stephen Thomas Erlewine , AMG)
Elton John, piano, vocals (All tracks), harpsichord (track 2)
Frank Clark, acoustic bass (track 10), acoustic guitar (1)
Colin Green, additional guitars (track 1, 7), Spanish guitar (6)
Roland Harker, guitar (track 2)
Clive Hicks, acoustic guitar (track 9), rhythm guitar (4), twelve-string guitar (1), guitars (7-8, 10)
Alan Parker, rhythm guitar (track 3)
Caleb Quaye, lead guitar (tracks 3-5), additional guitars (9)
Les Hurdle, bass (track 10)
Dave Richmond, bass (tracks 1, 7-8)
Alan Weighall, bass (tracks 3-4, 9)
Brian Dee, organ (tracks 6-7)
Diana Lewis, Moog synthesizer (tracks 5, 9)
Paul Buckmaster, cello solo (track 8)
Skaila Kanga, harp (tracks 2, 8)
David Katz, violin
Terry Cox, drums (tracks 8, 10)
Dennis Lopez, percussion (tracks 3-4)
Barry Morgan, drums (tracks 1, 3-4, 7, 9)
Tex Navarra, percussion (track 9)
Madeline Bell, backing vocals (tracks 3-4, 7, 9)
Tony Burrows, backing vocals (tracks 3-4, 7, 9)
Roger Cook, backing vocals (tracks 3-4, 7, 9)
Lesley Duncan, backing vocals (tracks 3-4, 7, 9)
Kay Garner, backing vocals (tracks 3-4, 7, 9)
Tony Hazzard, backing vocals (tracks 3-4, 7, 9)
Barbara Moore, backing vocals, choir leader (track 7)
Recorded January 1970 at Trident Studios, London, England
Engineered by Robin Geoffrey Cable
Produced by Gus Dudgeon
Digitally remastered 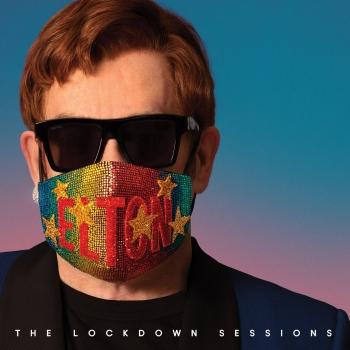 Madman Across The Water

Elton John
The monumental career of international singer/songwriter and performer Elton John has spanned more than five decades. He is one of the top-selling solo artists of all time, achieving 35 gold and 25 platinum albums, and he has had 29 consecutive US Top 40 hits. Elton has sold more than 250 million records worldwide, and holds the record for the biggest selling single of all time, ‘Candle in the Wind ’97’, which sold over 33 million copies. Since his career began in 1969, Elton has played over 3,000 concerts worldwide.
In 1970 Elton's self-titled breakthrough album and evergreen hit ‘Your Song’ introduced him to an international stage, and in the period between 1970-76 with producer Gus Dudgeon at the helm, Elton and his song writing partner Bernie Taupin they made an astonishing fourteen albums, including the legendary’ Goodbye Yellow Brick Road,’ and ‘Captain Fantastic And The Brown Dirt Cowboy’ - the first album ever to enter the Billboard Chart at Number One.
In the 1980s he had hits with the albums ‘21 At 3’, ‘Jump Up!’ and ‘Too Low For Zero’ - the home of two of Elton's live favourites, ‘I Guess That's Why They Call It The Blues’ and ‘I'm Still Standing’.
Five decades since the 1969 release of his first album, ‘Empty Sky’, Elton John is creating some of the finest music of his career. The 2001 album ‘Songs From The West Coast’ gave him another smash hit single with ‘I Want Love’. In 2002 he was awarded an honorary doctorate from the Royal Academy of Music. Other landmark awards include Best British Male Artist Brit Award 1991; induction into the Rock ’n’ Roll Hall of Fame in 1994; five Grammy Awards 1986-2000; Grammy Legend Award, 2001; Kennedy Center Honor, 2004; 11 Ivor Novello Awards between 1973 and 2000; and in 1998, a knighthood from Queen Elizabeth II.
2007 saw the release of ‘Rocket Man - The Definitive Hits’, a single CD album which features eighteen classic hit songs. Also in 2007, for the first time ever, Elton's entire back catalogue of nearly 500 tracks (90 singles and 32 albums) became available to download legally. The release of ‘Rocket Man’ marked a huge anniversary for Elton - on March 25th, 2007, he celebrated his 60th birthday while breaking his own record with an unmatched 60th concert at the legendary Madison Square Garden in New York. No other entertainer has come close to matching this record.
Elton remains committed to his music and to touring, becoming more rather than less busy as time passes. In 2011 Elton returned to The Colosseum, Caesars Palace, Las Vegas with his all-new show, ‘The Million Dollar Piano’. In 2012 he returned to the recording studio with producer T Bone Burnett and toured North, Central and South America. His 2012 plans include a tour of Europe plus a special appearance at The Queen’s Diamond Jubilee concert at Buckingham Palace.