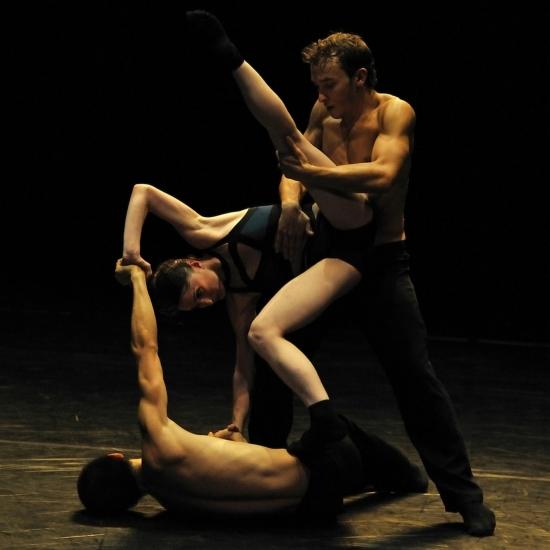 Five (2008-2009, rev. 2010) was commissioned for a production of Gotra Ballet. It was my second collaboration with choreographer Joost Vrouenraets. From the beginning it was clear that this was going to be a ballet production to recorded music. Instead of using a recording of existing music, Five consists of music produced with synthesizers and samplers, but also recordings of improvised events, orchestral works and conversations with the dancers during rehearsals. This approach gave me the opportunity to collaborate more closely with the choreographer in making changes and fine-tuning the music to the needs of the choreography.
Music for an alien of extraordinary abilities: During the first decade of this century an O-1 Visa was needed for giving concerts in the U.S.A. This visa was described as follows: "The O-1 nonimmigrant visa category applies to aliens of extraordinary abilities in the arts, athletics, sciences, education, business, or the motion picture or television industry who are coming to the United States to perform temporary services relating to an event or events."
And also: "A foreign national who has extraordinary abilities in the arts, athletics, sciences, education, or business, and is coming to the United States temporarily to perform services for a U.S. employer in his/her area of expertise, may be granted an O-1 visa. ‘Extraordinary abilities’ means that the person has reached a level of expertise or skill indicating that he/she is one of a small percentage who have risen to the top of his/her field of endeavor. This standard is more strictly applied to athletes, businessmen, educators and scientists than it is for artists and entertainers."
Music for an alien of extraordinary abilities (2007-2008, rev. 2010) can only be listened to as a recording. ‘Extraordinary abilities’ in the title of my piece means this music has reached a level of possibilities and abilities which are not achievable in a piece of music meant for the concert hall. Although some music has been produced with samplers and synthesizers, the term ‘electronic music’ would not be applicable, since the piece is primarily derived from commercial and archival recordings of my violin playing between 2005 and 2008.
The ‘alien’ is the computer which allowed me to mix improvised sessions with orchestral, chamber and electronic music (which is almost unthinkable in the traditional concert hall) and to edit acoustic music by manipulating tempos and combining different kinds of music and independent tempos.
Marijn Simons, conductor, violin, voice, samplers, synthesizers
Kathryn Mientka, synthesizer
Tyme Mientka, violoncello
Gabriel Mientka, electric bass guitar
David Alderdice, drum set
Karina Şabac, tam-tam
Ad Triepels, percussion
Joost Vrouenraets, voice, various sounds
Maïté Guérin, voice, various sounds
Raphaël Eder Kastling, voice, various sounds
Francesca Imoda, voice, various sounds
Diego Torres, voice, various sounds
Hung Phuc Nguyen, voice, various sounds
Vanessa Peraldo, voice, various sounds
Melissa Peraldo, voice, various sounds
Sepp Grotenhuis, piano
Arnhem Philharmonic Orchestra
Martin Sieghart, conductor
Anna Walachowski, piano
Ines Walachowski, piano
Aachen Symphony Orchestra
Marcus R. Bosch, conductor 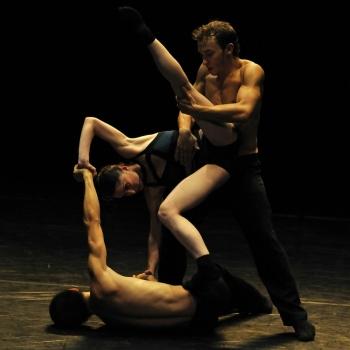 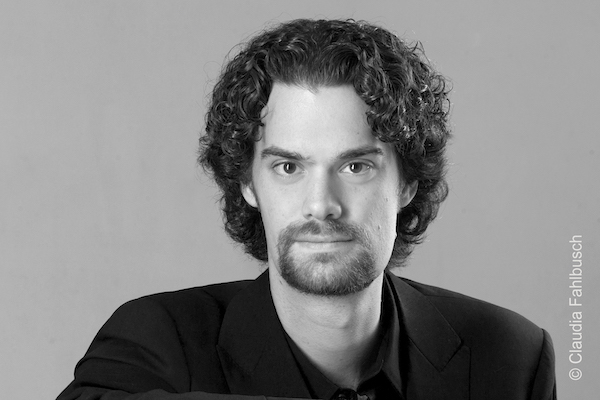 Marijn Simons
In all of his performances, whether in classical, romantic or the contemporary repertoire, the Dutch conductor Marijn Simons (1982) projects his passion for music on the audiences and musicians.
Since 2012 Simons has been an Assistant Conductor at the Opera Festival in Heidenheim conducting every year highly successful opera performances with the Stuttgart Philharmonic.
Simons is also Conductor and Artistic Director of the Simons Ensemble. He founded this ensemble in 2010 for performing projects with contemporary music. The Simons Ensemble has performed on the national Dutch television, released a CD with Simons’ compositions and has given the Dutch première of the rarely performed “Times Beach” by Frank Zappa.
Simons has conducted amongst others the WDR Radio Orchestra Cologne, Nuremberg Symphony Orchestra, Aachen Symphony Orchestra, Leipzig Symphony Orchestra, Staatsorchester Rheinische Philharmonie (Koblenz), Südwestdeutsche Philharmonie (Konstanz), Orquesta Sinfónica del IPN (Mexico City), Orquesta Sinfónica Nacional de Guatemala, National Radio Chamber Orchestra (Bucharest), State Philharmonic Orchestra of Sibiu and the Czech Philharmonic Choir Brno. With the Kharkiv Philharmonic Simons conducted the first performance in Ukraine of Mahler’s Symphony no. 1 to include the symphonic movement “Blumine”. Future engagements include conducting his own Symphony no. 3 during the Enescu Festival in 2021.
Besides his conducting career Simons is also an internationally acclaimed composer. His compositions have been commissioned and performed by such conductors and soloists as Esa-Pekka Salonen, Marin Alsop, Peter Eötvös, James MacMillan, Christian Lindberg, Evelyn Glennie, Colin Currie and by orchestras and ensembles such as the Los Angeles Philharmonic, Cabrillo Festival Orchestra, Rotterdam Philharmonic, The Hague Philharmonic, Netherlands Radio Philharmonic Orchestra and the 12 Cellists of the Berlin Philharmonic. His works have had premières in famous concert venues such as the Concertgebouw Amsterdam, Konzerthaus Dortmund, Cologne Philharmonic Hall, Walt Disney Concert Hall (Los Angeles), National Centre for the Arts (Mexico City) and the Hanoi Opera House.
“Simons’ Heidenheim performance of Wagner’s ‘Der fliegende Holländer’ was dramatic and exciting, beautifully paced and sensitive to both the voices and orchestral sonority. What is more, it was insightful, bringing new dimensions to a work one knows but in his interpretation rediscovers, as if for the first time.” - Dr. Christopher Hailey (Princeton Professor and Musicologist, Director of the Franz Schreker Foundation)