A Wind Invisible Sweeps Us Through the World Rembrandt Frerichs Trio 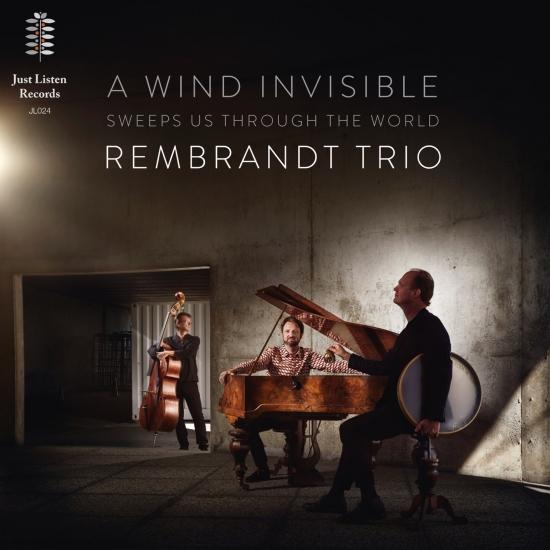 Info for A Wind Invisible Sweeps Us Through the World

The three members of the Rembrandt Trio, after fifteen years of touring the world together, found themselves grounded in The Netherlands when the world came to a standstill in 2020. Known for their curiosity-driven approach to music, incorporating many different musical cultures into their work and collaborating with grandmasters from different countries and continents (most notably with Persian grandmasters Hossein Alizadeh and Kayhan Kalhor) - the trio was now forced to stay put, stop performing, travelling and collaborating.
This time of reflection made The Rembrandt Trio realize how all their journeys of the past fifteen years had shaped a shared musical vocabulary that all three could draw from - and a musical trust that they had come to cherish deeply. They decided to record an album of songs that brought into play these collective memories, a shared imagination in which they still traveled the world. In February 2021, they secluded themselves in a former church in Amsterdam, filled with antique organs, and recorded with Just Listen Records. On “A Wind Invisible Sweeps Us Through The World” they take the melody as their guide, and drawing on their communal experience on stages across the globe, they play compositions that feel timeless, have a universal quality about them, and connect across cultures. Songs to transcend boundaries - those of eras and places - as a much needed release in times of suspension.
While touring venues all over the world, the trio discovered that some compositions shared a special kind of magic that translated wherever they were played. Often, the pieces were based on themes from different times and cultures; a Bach motif, a Chinese folk song, a whiff of Armenian folklore. Beautiful, strong melodies that touched audiences no matter their background or culture. Like fairy tales told all over the world might have different characters but share the same plot: What it is to be human. The trio decided they wanted to create this kind of ‘universal’ music, keeping it concise and powerful - with melodies that have a universal quality, touching listeners far and wide. For this album, they chose strong, timeless melodies to try and transpose into song what we all share - our being human.
Rembrandt Frerichs Trio 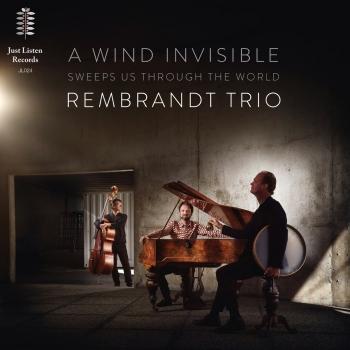 A Wind Invisible Sweeps Us Through the World 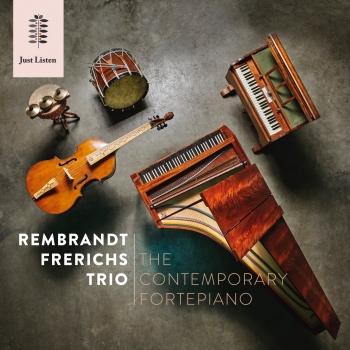 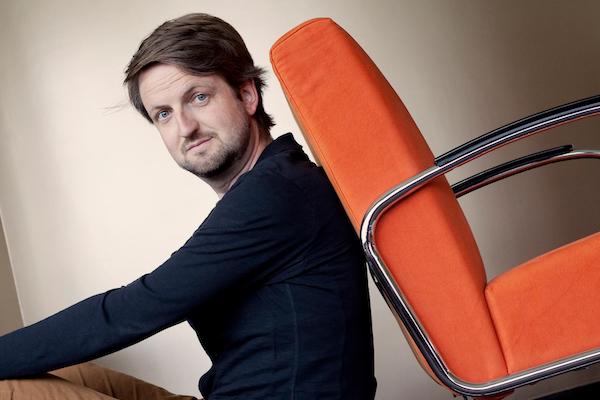 Rembrandt Frerichs Trio
Rembrandt Frerichs, Tony Overwater and Vinsent Planjer have been playing together in different projects and constellations for many years, returning to the basic shape of the trio every so often, as a balance point in their continuous development.
Rembrandt Frerichs, pianist and composer, is known for his broad perspective, his artistic journey constantly deepening into new territories. Rembrandt is familiar with American jazz tradition, but he avoids the well-trodden path. He’s deeply interested in art music from different parts of the world and investigates the limits of classical, improvised and world music, experimenting with the sounds of early music and oriental instruments, and bringing elements of baroque and Middle Eastern music into his compositions and improvisations.
Bass player Tony Overwater is an award-winning solo performer, leader of self-initiated projects and a collaborative sideman. Overwater developed a unique playing style on the acoustic bass which allows him to play the microtonality of the Arab scales, and had a copy of a 16th century six-string violone built especially for him to expand his sonal possibilities.
Drummer-percussionist Vinsent Planjer has found his voice in a wide range of musical settings. With an emphasis on jazz, he has also shared the stage with actors and dancers in the world of theater. As part of the Rembrandt Trio, Planjer developed his signature drum set, the so-called ‘Whisper Kit’; an eclectic mix of percussion instruments from all over the world, partly self-built.
The trio as a core group collaborated and recorded seven albums with many different artists from varying musical backgrounds, from their very first album in 2010 (Levantasy, with Yoram Lachish) to last year’s collaboration with Hossein Alizadeh on ‘Same Self, Same Silence’. But in between tours and collaborations, they always come back to their essence, recording three trio-albums in 2014, 2018 and 2019 respectively. ‘A Wind Invisible Sweeps Us Through The World’ is the fourth - documenting a growing bond between the three musicians, with more and more shared life to bring into their playing.