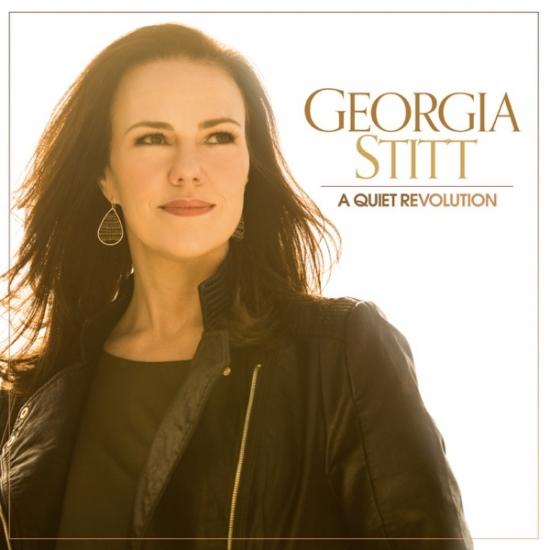 Info for A Quiet Revolution

A Quiet Revolution, the fourth album from award-winning theatre songwriter and composer Georgia Stitt features performances by A-list Broadway stars, including Kate Baldwin, Laura Benanti, Andrea Burns, Brandon Victor Dixon, Sutton Foster, Joshua Henry, Jeremy Jordan, Norm Lewis, Emily Skinner, Jessica Vosk, and Betsy Wolfe. The original songs speak to our divided country and inspire us to come together.
"The thirteen songs on A Quiet Revolution are borne of projects I have been working on for the last decade. I haven’t released an album since 2011, but the record industry was changing, as was the country, and I suppose it took me a minute to figure out what I had to say about all of it. There are songs here from abandoned shows like The Danger Year and A. Jax, songs that were written on commission and performed only once, and songs from upcoming shows still heading towards production. But the longer I waited to record, the louder the voices of these characters became. They were angry with me for silencing them. By writing all of this music without launching it, I had built them a blueprint but not a house.
So. Last summer I looked through this pile of songs and tried to figure out what story they were trying to tell, and what emerged are thirteen little one-act plays that feel very much to me like a picture of who we are in America in the spring of 2020. Speaking for myself – and, honestly, everyone else I know – we are an exhausted people. We are emotionally drained and culturally divided. We are trying to eke out spaces where we can be significant in a loud environment that races past us, and we worry constantly that if we stop to breathe, we will miss something. Sometimes it takes a major life event to remind us that we are human." (Georgia Stitt)
Georgia Stitt 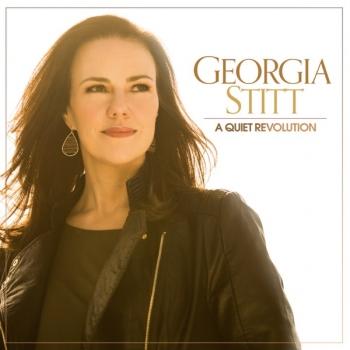 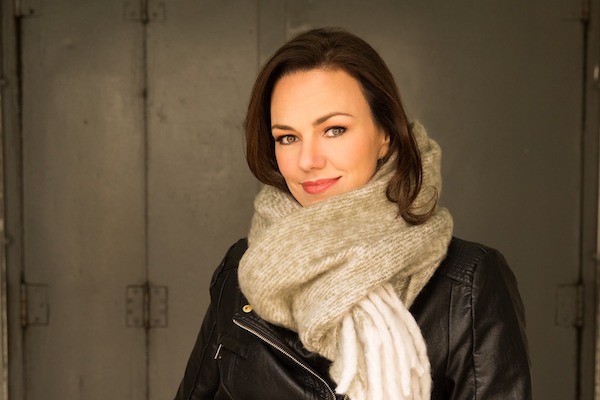 Georgia Stitt
s a composer/lyricist, music director, pianist, and music producer. Her original musicals include Snow Child (commissioned by Arena Stage and directed by Molly Smith); Samantha Spade, Ace Detective (commissioned by TADA Youth Theater and written with Lisa Diana Shapiro, National Youth Theatre 2014 Winner “Outstanding New Musical”); Big Red Sun (NAMT Festival winner in 2010, Harold Arlen Award in 2005, written with playwright John Jiler); The Water (winner of the 2008 ANMT Search for New Voices in American Musical Theatre and written with Jeff Hylton and Tim Werenko); and Mosaic (commissioned for Inner Voices Off-Broadway in 2010 and written with Cheri Steinkellner). She is currently writing The Big Boom (with Hunter Foster) and an as yet untitled oratorio.
Georgia’s non-theatrical compositions include several choral pieces: With Hope And Virtue, using text from President Obama’s 2009 inauguration speech and featured on NPR as part of Judith Clurman’s Sing Out, Mister President! cycle, De Profundis, premiered by the International Orange Chorale in San Francisco, and Joyful Noise, a setting of Psalm 100 (all published by G. Schirmer), as well as A Better Resurrection and The Promise of Light, published by Walton Music, and Let Me Sing For You, performed at The Kennedy Center; Echo, performed by the Women’s Chorus at the University of California, Berkeley. Recent commissions include Do Not Stand At My Grave, for the Hilton Head Choral Society and Orchestra and Pretty Women/Beautiful Girls, an arrangement of Stephen Sondheim songs for LA-based women’s choir Vox Femina. Waiting for Wings, co-written with husband Jason Robert Brown for orchestra and narrator, was commissioned by the Cincinnati Pops Orchestra and premiered there in 2013 with conductor John Morris Russell. Georgia has served as the composer-in-residence at Pasadena Presbyterian Church in California and for the Tribeca Performing Arts Center in New York City. She has performed her music throughout the US and in England, Scotland, Australia, Denmark, Germany and Japan.
In 2007 Georgia released her first album, This Ordinary Thursday: The Songs Of Georgia Stitt, featuring an impressive array of Broadway singers such as Kelli O’Hara, Faith Prince, Carolee Carmello, Sara Ramirez, Susan Egan, Tituss Burgess, Keith Byron Kirk, Andrea Burns, Matthew Morrison, Will Chase, Jenn Colella, Lauren Kennedy and Cheyenne Jackson. With lyricist Marcy Heisler she wrote and recorded Alphabet City Cycle, a song cycle for soprano and violin featuring Tony-nominated singer Kate Baldwin. Georgia’s latest album, My Lifelong Love, was released in 2011, featuring performances by Anika Noni Rose, Brian d’Arcy James, John Pizzarelli and Jessica Molaskey, Jesse Tyler Ferguson, Shoshana Bean, Susan Egan, Heidi Blickenstaff, Michael Arden, Christopher Jackson, Laura Osnes, Kate Baldwin, and Michael McElroy. She is at work on a new album to be released in 2020.
Georgia produced and arranged Susan Egan’s album The Secret of Happiness and Robert Creighton’s album Ain’t We Got Fun. Additionally, Georgia has written songs that are included on Egan’s Coffee House and Winter Tracks and Kevin Odekirk’s Unheard (all LML Records), Lauren Kennedy’s Here and Now (PS Classics), Daniel Boys’ So Close (Eden Records), Caroline Sheet’s Raise The Curtain, and Stuart Matthew Price’s All Things In Time (both SimG Records). She contributed songs to the 2008 MTV movie The American Mall.
Georgia was the on-set music supervisor for the Anna Kendrick/Jeremy Jordan film The Last Five Years and has previously worked as the vocal coach for the NBC hit show America’s Got Talent. She was the assistant music director for the NBC TV special Clash of the Choirs, the on-camera vocal coach for the NBC reality TV show Grease: You’re The One That I Want, and the Production Music Coordinator for the Disney/ABC TV musical Once Upon A Mattress starring Tracey Ullman and Carol Burnett. On Broadway she was the assistant conductor of Little Shop of Horrors and the associate conductor of the Encores! production of Can-Can starring Patti LuPone. Other theater credits: Sweet Charity (starring Sutton Foster), Avenue Q, Sweet Smell of Success, The Music Man, Titanic, Annie, and the national tour of Parade. She has also served as musical director and arranger/orchestrator for The Broadway Divas in concerts in New York, California and Australia and was a music consultant for the feature film The Stepford Wives, directed by Frank Oz. In 2005 she served as an arranger for the Boston Pops Orchestra (Keith Lockhart, conductor) in their 75th Anniversary Tribute to Stephen Sondheim at Tanglewood and Boston’s Symphony Hall. In 2014 she played a nun and served of the music team for NBC’s The Sound Of Music Live! with Carrie Underwood and Audra McDonald.
Georgia’s work as an arranger, pianist, and coach can be heard on Kate Baldwin’s record Let’s See What Happens (PS Classics), as well as on the Broadway Cares Home For The Holidays CD (Centaur Records) and the cast albums of After The Fair, Shine, DoReMi and Little Shop of Horrors.
Georgia received her M.F.A. in Musical Theater Writing from New York University and her B.Mus. in Music Theory and Composition from Vanderbilt University, where she graduated magna cum laude. She has taught on the faculties of the University of Southern California in Los Angeles and Pace University in New York. She is a recipient of the ASCAP Frederick Loewe Fellowship, the Harold Arlen Award, and the Sue Brewer Award for excellence in music composition. Georgia is the Founder and President of Maestra, an activist organization for women musicians in the theater. She also serves on the Council of The Dramatists Guild of America and on the Board of Directors for The Lillys. Other proud memberships include ASCAP, SAG-AFTRA, the American Federation of Musicians (Local 802), and The Recording Academy, where she is a member of the Musical Theater Task Force. Georgia lives in New York City with her husband, composer/lyricist Jason Robert Brown, and their two daughters.

Booklet for A Quiet Revolution