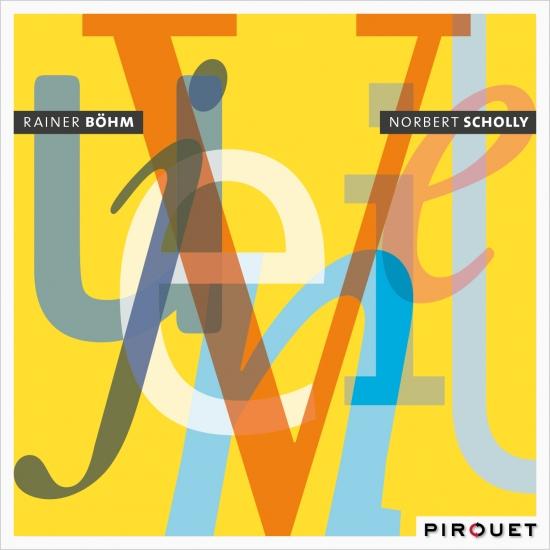 There is a transparency in the creative encounter between guitarist Norbert Scholly and pianist Rainer Böhm that shines through Juvenile, their Pirouet Records debut. Sophisticated and exciting, the music flows with a clarity, and natural spontaneity. Scholly and Böhm play jazz that scintillates with alluring melodies, brilliant harmonies, and a rhythmic concept that is in-the-pocket and in between the cracks - compositions that have the feel of the finest chamber music.
Rainer Böhm, piano
Norbert Scholly, acoustic guitar 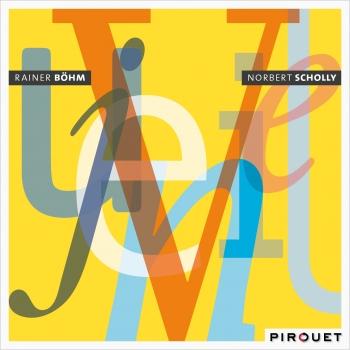 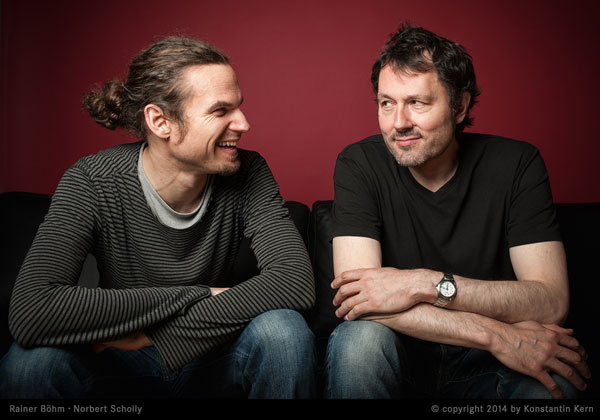 Rainer Böhm & Norbert Scholly
Norbert Scholly was born in 1964 in North Rhine-Westphalia, Germany, Rainer Böhm in 1977 in Ravensburg, Germany. Scholly has made a name through his work with West German Broadcasting’s renowned WDR Big Band, featuring such guest artists as Benny Golson, and Peter Erskine, as well as through his work with such jazz greats as Charlie Mariano, Ack van Rooyen, Jim McNeely, Oliver Leicht, Paul Heller, John Hollenbeck, and Jürgen Friedrich. Böhm completed his Masters at Queens College in New York City. His sojourn in New York, gave Böhm the opportunity to work with such internationally renowned musicians as Ingrid Jensen, Randy Brecker, Jeff Hirshfield and Ari Hoenig. He has been involved in projects with Lutz Häfner, Dieter Ilg’s trio, and has worked with Johannes Enders and Rolf Kühn.
Both Scholly and Böhm have received an assortment of awards, Scholly for his electronic performances, Böhm for his solo concerts. Both have been critically praised for their technical brilliance. Scholly played out this brilliance in homage to the thrash metal band Slayer and in a folk-influenced dialogue with violinist Nina Leonards. Böhm closed out his studies in classical and jazz piano with highest honors. Both musicians teach at the Conservatory for Music in Mainz, Germany. Both merge perfectly into the art of the duo.