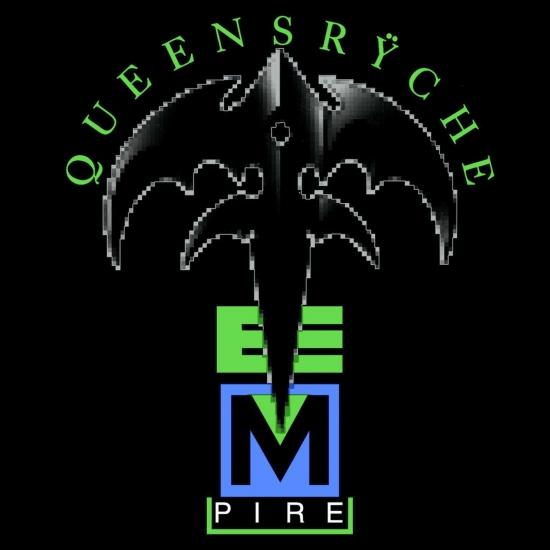 “Empire” is the fourth full-length album by the American heavy metal band Queensrÿche originally released in 1990. The album stands as Queensrÿche's most commercially successful release, reaching triple-platinum status. The single extracted, the power ballad “Silent Lucidity”, reached No. 1 on the Mainstream Rock Tracks and No. 9 on the Billboard Hot 100. “Silent Lucidity” was also nominated for the Grammy Awards of 1992 in the categories Best Rock Song and Best Rock Vocal Performance by a Duo or Group.
"After the breakthrough success and worldwide respect that Queensrÿche gained from their conceptual masterpiece Operation: Mindcrime, it was a fair assumption that they couldn't possibly outdo or perhaps even match themselves. Empire, released just two years after that watermark, reveals that Queensrÿche reinvented themselves (though certainly not for the last time). While many fans were clamoring for a conceptual sequel, the band offers a song-oriented approach that is more art rock and less metal (though Empire does rock hard in places). Far removed from the fantasy and techno-paranoiac themes of Operation: Mindcrime, the lyrics tackle social and physical handicaps ("Best I Can") and issues such as poverty and regret ("Della Brown"). Geoff Tate, Chris DeGarmo, and company focused much less on the darker side of love so prevalent in their earlier sound, and looked at romance head on with "Another Rainy Night" and "Hand on Heart." While Queensrÿche lost some die-hard metal fans with Empire, the mature sound and tight production of Peter Collins (Rush) saw the band break into the mainstream and hit number nine on the Billboard singles chart with the Pink Floyd-inspired power ballad "Silent Lucidity," which has remained one of the band's set standbys into the 21st century." (Thom Jurek, AMG)
Queensrÿche
Digitally remastered