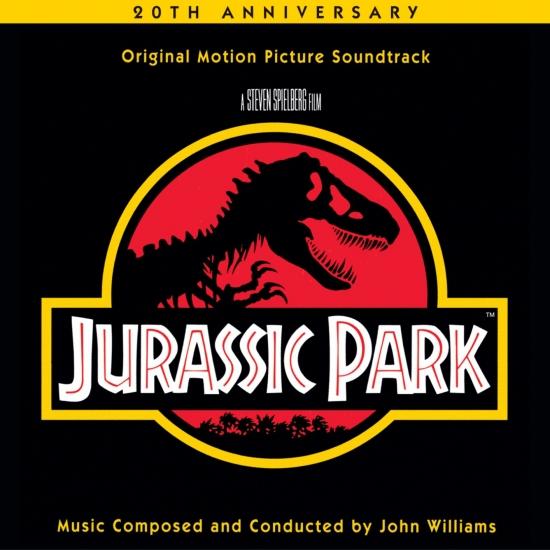 The four bonus tracks featured on the remastered Jurassic Park album were chosen by Williams in conjunction with his music editor, Ramiro Belgardt. Williams and Belgradt went back through all of the master tapes of the film to spot cues that were not released on the original album. These tracks have never before been commercially released.
Jurassic Park marked the 12th time John Williams worked with Steven Spielberg and ranks among Williams' most beloved soundtracks. His score is testimony to the emotional impact of music in film. This 20th Anniversary edition includes four previously-unreleased bonus tracks selected by John Williams.
Jurassic Park: Original Motion Picture Soundtrack is the film score to the 1993 Steven Spielberg film of the same name, composed and conducted by John Williams. Alexander Courage and John Neufeld served as orchestrators.
MCA Records released a soundtrack album for the film on May 20, 1993. Also produced by Williams, this album includes most of the film's major cues, sometimes edited together into longer tracks and often containing material that was unused in the film. Several passages are also repeated in different tracks. A 20th anniversary edition of the soundtrack was released by Geffen Records on April 9, 2013, featuring additional unreleased music. A John Williams collection edition, joint with the soundtrack to The Lost World, was released by La-La Land Records on November 29, 2016, remastered and featuring more additional unreleased music. The score received critical acclaim and is often considered to be one of the most iconic and beloved scores of Williams' career.
"... a superior John Williams crossover score ..." (Filmtracks.com)
"... it is sheer bliss for a Williams fan." (Movie-Wave.net)
John Williams
Digitally remastered