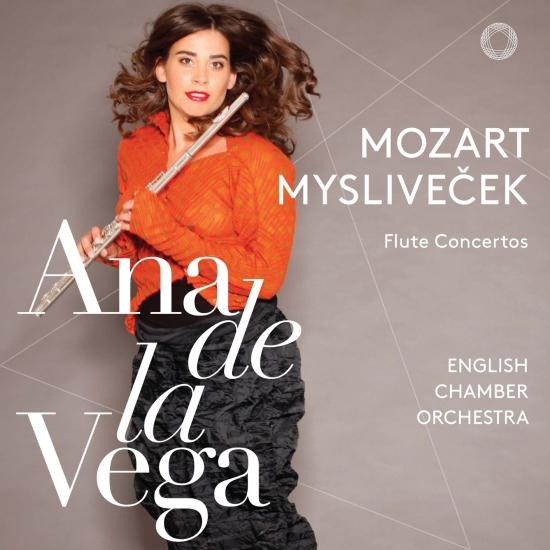 With sensuous melodies and elegant virtuosity, Mozart’s Flute Concertos in G major (K. 313) and D major (K. 314) are the most cherished pieces composed for the instrument. Here they are brought together with the recently rediscovered Flute Concerto in D major by Josef Mysliveček, Mozart’s esteemed Bohemian contemporary. Released together with the Mozart Concertos, this rare, exciting work is finally on the market again.
The soloist is none other than the actual person who rediscovered Mysliveček’s hidden treasure: flautist Ana de la Vega, who, as a successor of the great French school of Flute playing, possesses that captivating full tone coupled with exquisite legerity. On this PENTATONE release, she teams up with the English Chamber Orchestra, one of the most celebrated Mozart orchestras in the world.
Ana de la Vega, flute
English Chamber Orchestra 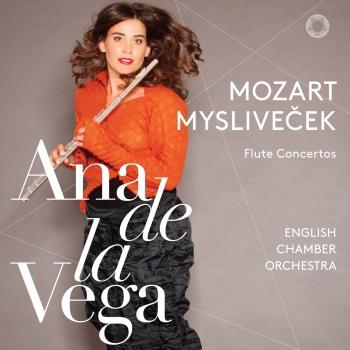 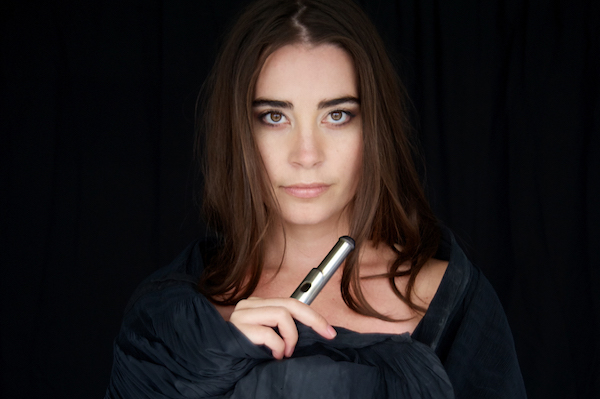 Ana de la Vega
Few flautists of her generation have performed so extensively worldwide as soloist and chamber musician. Ana de la Vega’s Wigmore Hall debut was reviewed as ‘Outstanding’ (Classical Source), her Cadogan Hall London performance as ‘true artistry’ (Musical Opinion), and her Berlin Philharmonie debut as ‘first-class’. Highly acclaimed for her recent Mozart Flute Concerto performance with the English Chamber Orchestra in London, Ana has recorded her debut concerto disk with the same orchestra to be released in 2017. Having just returned from a concerto tour of Ukraine, coming months highlights include a Wigmore Hall recital and the world premier recording of Beth Barfield-Brown’s Flute Sonata.
Her premiere of Mysliveček’s lost flute concerto with the English Chamber Orchestra was broadcast live on BBC Radio 3, made Critics’ Choice in London TimeOut and received rave reviews in BBC Magazine, Gig Magazine and the Daily Telegraph. Having discovered numerous lost works for flute which she pioneeres in expanding the flute repertoire, Ana de la Vega is rapidly becoming one of the most exiting ambassadors of her instrument today.
Ana was student of the Conservatoire Supérieur de Paris where studied for her Premier Prix under Catherine Cantin, as well as with Philippe Pierlot and Raymond Guiot. Born in Australia to British and Argentinian parents, Ana is a successor of the great French school of Flute playing. At the age of 23 she won the position of Principal Flute with the Orquestra Sinfonica do Norte in Portugal. Since then she has held Principal Flute positions with the EPK Europa Philharmonie in Baden-Württemberg in Germany, and the Philharmonie der Nationen in Hamburg.
Ana is founder and artistic director of the London International Players, a dynamic London ensemble which brings together the finest musicians of her generation. On the wings of her dynamism they have already in their first season performed in Europe’s greatest halls to high regard, making headlines in the UK and abroad with their ‘explosive and ‘dazzling’ performances (World Of Classical Music, Wigmore Hall review).
The English Chamber Orchestra
is the most recorded chamber orchestra in the world, its discography containing 860 recordings of over 1,500 works by more than 400 composers.
The ECO has also performed in more countries than any other orchestra, and played with many of the world’s greatest musicians. The American radio network CPRN has selected ECO as one of the world’s greatest ‘living’ orchestras. The illustrious history of the orchestra features many major musical figures. Benjamin Britten was the orchestra’s first Patron and a significant musical influence.
The ECO’s long relationship with Daniel Barenboim led to an acclaimed complete cycle of Mozart piano concertos as live performances and recordings, followed later by two further recordings of the complete cycle, with Murray Perahia and Mitsuko Uchida.
Recent tours have included the USA, Bermuda, China, Finland, France, Greece, Slovenia and Austria (culminating in a concert at Vienna’s Musikverein) as well as concerts across the UK and at London’s Royal Festival Hall, Queen Elizabeth Hall, Kings Place and Cadogan Hall.
The Orchestra has been chosen to record many successful film soundtracks including Dario Marianelli’s prizewinning scores for Atonement and Pride and Prejudice, and several James Bond soundtracks, and has taken part in a variety of other film and television projects.
The ECO is proud of its outreach programme, Close Encounters, which is run by the musicians in the orchestra and takes music into many settings within communities and schools around the UK and abroad.