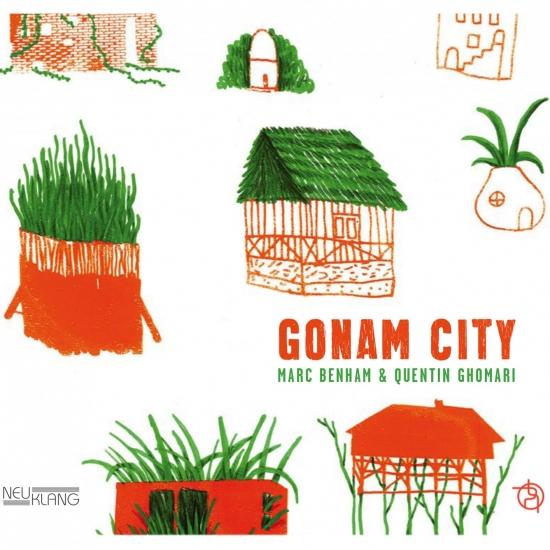 Gonam City is the perfect fusion of two strong musical personalities: trumpet player Quentin Ghomari and piano player Marc Benham. Classical Jazz and free improvisation dominate this untypical duo, that plays both own compositions as well as standards.
Gonam City was formed through the encounter of two strong musical characters: Trumpeter Quentin Ghomari – founder of the band Papanosh (Enja Records/ Yellowbirds), and the pianist Marc Benham, known so far for his solo projects influenced by the likes of James P. Johnson and Sun Ra.
The two friends met while working together in different orchestras and quickly discovered their shared taste for classic jazz and free improvisation, resulting in a volcanic, atypical duo. The band was a finalist at the french Jazz Migration competition, supported by Philippe Ochem (Jazzdor Straßburg – Berlin). In light of the enthusiasm they received, it seemed important to record an album and find a physical channel for their musical aspirations.
Their connection to Stephen Paulello, one of the last french piano makers still active is of utmost importance. Paulello has created an exceptional prototype: the „Opus 102“, a grand piano with 102 keys (instead of the usual 88), which requires a completely new musical discovery of the instrument and allows the album GONAM CITY to resound in unheard colour.
The album progresses like a musical road trip through an endless world, moving between skilled new interpretations of standards (Charles Mingus, Bud Powell, Sidney Bechet, Thelonious Monk, Warne Marsh, Ann Ronell…) and compositions of their own.
Quentin Ghomari, Trompete
Marc Benham, Klavier 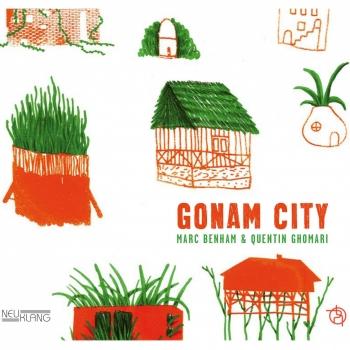 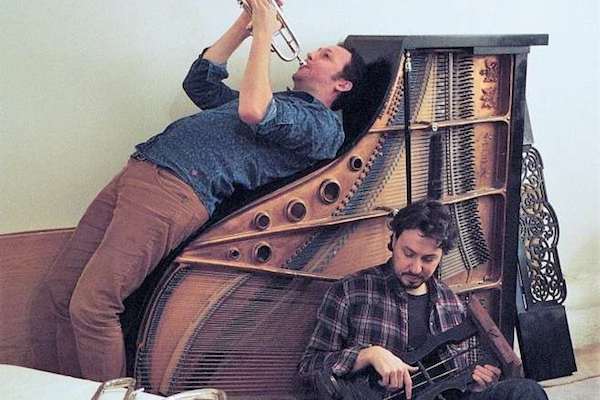 Marc Benham
starts studying classical music in France and Belgium.As a child, he discovers Harlem stride piano and New-Orleans jazz thanks to his Dad, who’s a Dixieland saxophonist, and a Swing lover, but at a time where Jazz-Rock and electronic beatboxes are more hip. Marc is then lulled by James P. Johnson as well as Chick Corea’s Electric Band, among many others.
As soon as he gratuated from the Bill Evans Piano Academy in Paris, Marc enters the group Llorca, avant-guard band mixing Jazz with Electronica, with which he starts a long run of concerts around the World. The band will release the album « Newcomer » on Laurent Garnier’s label Fcom in 2001 and sells 170 000 LP’s.
Marc is then hired as a sideman with Jazz artists like Tony Pagano, Jean-Loup Longnon, Frankie Davis Jr, César Poirier, Maxim Saury, BVO or Dj Mao.He also collaborates and records with French Folk Song singers like Diane Tell, Régine,Hugues Aufray or Charles Aznavour.
Marc will also be piano player for silent movies, circus musician, pianist on cruise ships, and will improve his style and technical skills playing Jazz standards.« playing standards is an ideal playground for getting into the strangest adventures while still keeping to the thread of a melody or a recognized series of chords »
On a very solid experience of the stage, Marc decides to dig his Stride vocabulary in a modern direction, first by studying his piano idols’s style, then by writing his own compositions.
His cd « Herbst » is the reflection of his work, melting folk songs with compositions and free improvisations. A ludic and virtuoso piano playing, which can collect the listener’s attention by a music full of imagination and humor, but also with more introspective moments.
“Genuinely nurtured by the entire history of jazz, Marc Benham, at a very high level, has all the skills you’d expect from an authentic musician: technique, feeling, melodic invention and a sense of harmony. His own language is steeped in tradition, and he has managed to incorporate all the stylistic advances that have appeared since. A really fine pianist, the way I like them.” Martial SOLAL