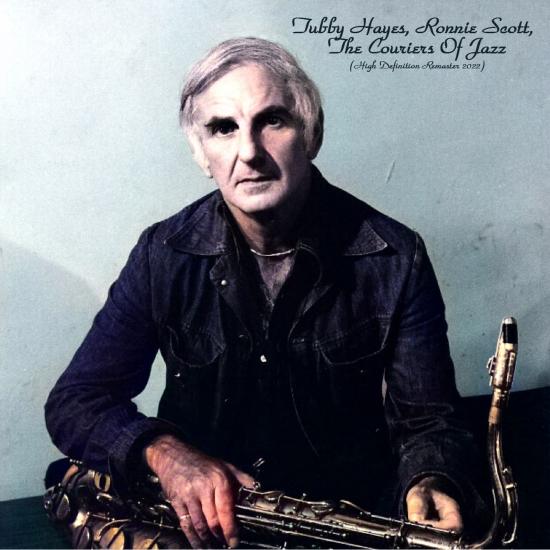 Info for The Couriers Of Jazz (Remastered)

The Jazz Couriers were a British jazz quintet formed in April 1957 and which disbanded in August 1959.
"Formed in the UK in 1957, the Jazz Couriers were an outstanding hard bop band. They developed a vibrant attacking style that provided a base for fine solo playing by its two co-founders, tenor saxophonists Tubby Hayes (b. Edward Brian Hayes, 30 January 1935, London, England, d. 8 June 1973, London, England) and Ronnie Scott (b. Ronald Schatt, 28 January 1927, London, England, d. 23 December 1996, London, England). The ensemble was enhanced by Hayes alternative instrument, the vibraphone, which created a distinctive sound that effectively distanced the group from that of Art Blakeys Jazz Messengers, to which it owed a passing nod of acknowledgement. The music played, ensemble and solo, was of extraordinarily high quality and, not surprisingly, the Couriers were an influential presence on the UK jazz scene.
The Jazz Couriers played their first gig in London on 7 April 1957. At the time of the bands 1957 debut release the personnel was Scott, Hayes, Jimmy Deuchar (trumpet), Terry Shannon (piano), Phil Bates (bass), and Bill Eyden (drums). Personnel variations included the omission of Deuchar on some dates and bass player Kenny Napper and drummer Phil Seamen replacing Bates and Eyden. The band played its last engagement in Cork, Eire in August 1959. Fortunately, recordings by the Jazz Couriers have been reissued and it is possible now to understand why this short-lived band was so highly regarded." (All Music Guide)
Tubby Hayes, tenor saxophone
Ronnie Scott, tenor saxophone
Terry Shannon, piano
Jeff Clyne, bass
Bill Eyden, drums
Recorded in London, November 1958
Original recordings produced by Tony Hall & Mannie Greenfield
Digitally remastered 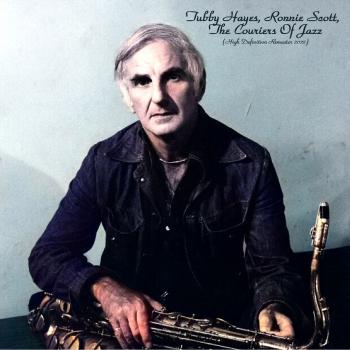 The Couriers Of Jazz (Remastered)

The Jazz Couriers
were a British jazz quintet formed in April 1957 and which disbanded in August 1959.
The quintet's first line-up consisted of Tubby Hayes and Ronnie Scott on tenor saxophones, with Terry Shannon (piano), Malcolm Cecil (bass) and Bill Eyden (drums) and made their debut on the opening night at the new Flamingo Club in Wardour Street, Soho. They shared the gig with Tony Kinsey's Quintet featuring Joe Harriott The Jazz Couriers were chosen by the National Jazz Federation to play the opening sets when the Dave Brubeck Quartet made their first tour of the UK in February 1958.
Cecil had been replaced by Phil Bates on bass for their first recording, which also included two tracks with Jimmy Deuchar on trumpet.
By August 1958, Bates had been replaced by Jeff Clyne, who would in turn be replaced by Spike Heatley.[2] The band disbanded in August 1959, shortly before Scott opened his own club, Ronnie Scott's, just around the corner in Gerrard Street, in October that year.
They recorded four albums and appeared on some BBC radio and TV broadcasts.