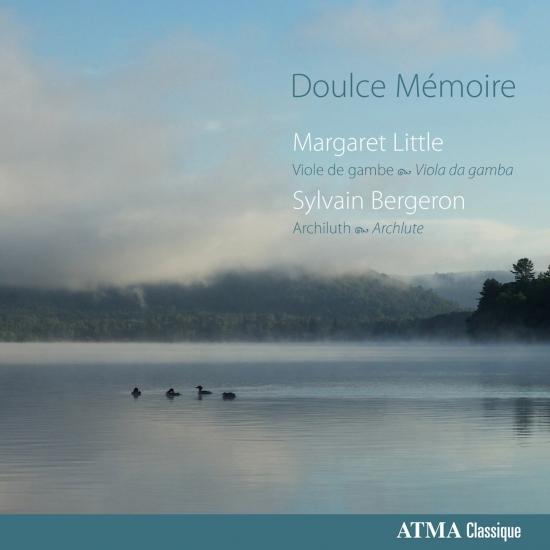 Who amongst us has not been blown away by the virtuoso improvisations of jazz players, or surprised and charmed on hearing a new arrangement of a favorite song? Not surprisingly, our predecessors were like us; in the 16th and 17th centuries, the art of improvising, of making variations, was an essential component of every musician’s tool kit. At times there were even improvising competitions, not unlike our theatre improv leagues.
Our program takes its title from that of one of the most celebrated madrigals of the 16th century, Doulce Mémoire by Pierre Sandrin. The immense popularity this song enjoyed throughout its century was due, surely, to beautiful and simple melodic lines and elegant lyrics. Of the more than 30 versions of this song written for all kinds of instruments and combinations, from the simplest to the most complex, we have chosen three.
The first is a simple duo by François Layolle. The second is a version for treble viol by Diego Ortiz. In 1553, he published a treatise on diminutions (a form of embellish- ment), illustrated by sample pieces embellished in various ways. These examples included the madrigals Doulce Mémoire and O Felici occhi miei. Diminutions were made by dividing long notes of the melody into a series of shorter notes either sur- rounding the melody note or filling up the interval between it and the next melody note.
Ortiz’s diminutions are of great beauty, but other less well known composers have left us examples of even greater elaboration. Vincenzo Bonizzi, for example, who, a century after Ortiz, made another version of the celebrated madrigal. Bonizzi’s Dolce Memoy is an alla Bastarda version. The term designates a style in which a simple four-voice madrigal is transformed into a single, embellished, melodic line.
The embellishments, still diminutions, are so complex that the original madrigal is unrecognizably transformed into a virtuoso piece. The madrigal Ancor che col partire also inspired multiple versions, with ornamentations of which those of Ricardo Rogniono are among the most inspired.
The Diego Ortiz pieces which open the program were composed on the bass line of the passamezo antico, a four-chord progression that which served as the harmonic pattern for a number of popular dances of the time in Italy. Giovanni Bassano’s Ricercata Ottava is a kind of improvisation committed to paper, while Bartolomeo de Selma’s Fantasia per Basso solo proposes variations on a bass line that is more elabo- rate than Ortiz’s.
John Playford published The Division Violin in 1684. From among these “divisions” we have chosen for you some that sit very well on bass or treble viol. These variations were written on a ground (a repeating bass line, as in Pachelbel’s celebrated Canon), or on popular songs such as John come kiss me now. The style is reminiscent of that of the traditional fiddlers of Quebec! We find a similar descending bass line in Love’s Constancy, a song by Nicholas Lanier, here played and ornamented on the lute. Faronells Division on a Ground, which ends our program, is based on the hugely celebrated theme of La Folia.
Margaret Little, viola
Sylvain Bergeron, archlute 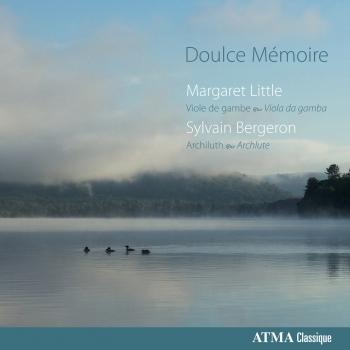 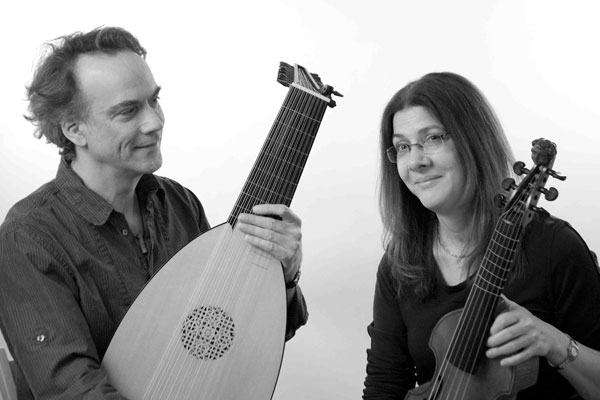 Margaret Little
was born and raised in Montreal in a musical family, playing violin, piano, recorder and guitar as a child. She discovered the viola da gamba at the CAMMAC Music Centre at the age of eleven and fell in love instantly with the instrument and early music repertoire. After studying science and then visual arts, she came back to music and the viol in her early twenties.
Margaret has been performing since 1975 as a soloist and a chamber musician on the viola da gamba and baroque viola with various groups including the Studio de Musique ancienne de Montréal, Les Idées Heureuses, Arion, Musica Divina, and she founded the viola da gamba duo "Les Voix humaines" with Susie Napper in 1985. She also loves to perform as a duo with Sylvain Bergeron, lutenist.
She has been invited to play with many early music groups as a gambist and baroque violist (such as Cappricio Stravagante, Fuocco e Cenere, Rebel, Four Nations, Trinity Consort, Aradia, The Publick Musick, Les Boréades, Les Violons du Roy, etc.) and has toured in North America, Mexico, Australia, New Zealand and Europe. She has recorded over 90 CDs and her first solo CD “Senza Continuo” was nominated for an Opus Award. Margaret Little teaches the viola da gamba and baroque ensembles at the Université de Montréal since 1992 and has taught many young talented professional viol players.
Sylvain Bergeron
Accomplished performer on the lute and theorbo, Sylvain Bergeron is in high demand on the North American music scene. He gives nearly one hundred concerts each season in and alongside many internationally renowned soloists. Among these include Emma Kirkby, James Bowman, Jordi Savall, David Daniels, Magdalena Kozena, Michael Chance, Charles Daniels, Daniel Taylor, Karina Gauvin, Suzie LeBlanc, Vivica Genaux, Matthew White, Agnes Anne Azema and Agnes Melon. He works regularly with Les Violons du Roy, L’Ensemble Arion, Les Idées Heureuses, Les Boréades, Les Voix Humaines, Les Voix Baroques, Apollo's Fire, Clavecin en concert, etc.
He made several tours through the five continents and played under the direction of renowned conductors. He played in the most prestigious halls in the world, including Amsterdam's Concertgebouw, Salle Gaveau in Paris and Lincoln Center in New York. He participated in seventy CD recordings on the Atma label, Dorian, Analekta, CBC PGM and several have won prizes and awards. His most recent solo album "The Balcarres Lute Book" (Atma) has received praise from the critics.
Sylvain Bergeron teaches the lute and baroque guitar at McGill University and the University of Montreal. He has given numerous lectures, workshops and master classes, including Lute Society of America, Berkeley, Vancouver, Rabat (Morocco). He participated in panels and tables is often consulted as a specialist in ancient plucked instruments, for various recording projects and publishing.