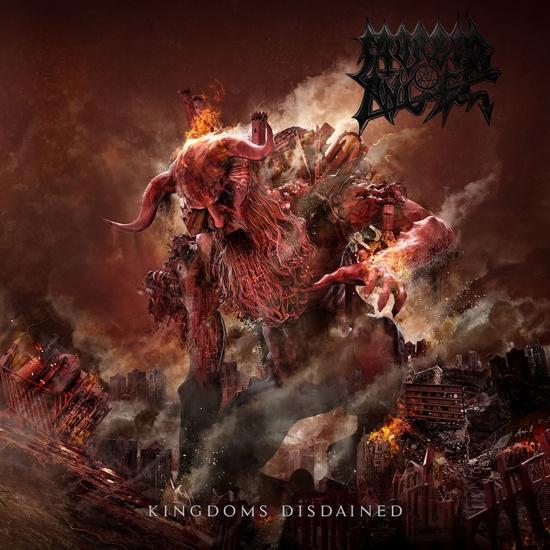 Morbid Angel, the true forefathers of death metal music, triumphantly return with their 9th studio album Kingdoms Disdained, to be released on Silver Linings Music. Kingdoms Disdained finds legendary guitarist and founder Trey Azagthoth reigniting his creative alchemy with vocalist/bassist Steve Tucker to create a crushingly heavy and highly apocalyptic soundtrack for these increasingly dark times. Relentless and unrepentant Kingdoms Disdained abounds with sheer, brutal power, complex changes and a gloriously violent death metal underpinning, an album designed to confront fans and non-believers alike, with Tucker’s lyrics destined to spark deep conversation on several angles of mysticism and darkness.
“Garden of Disdain” proclaims ’this world of useless being, this endless festering’ as the unceasing riff's weight further augments the song’s meaning, while the barbaric barrage of “Architect and Iconoclast” roars ‘I am all prophecies fulfilled, yet you refuse to see this.' Azagthoth produces some of his finest work yet, his demonically-heavy riffs and lead work finding a powerful delivery vehicle via the strength of Scotty Fuller’s insane percussion and Tucker’s relentless vocal savagery. The supreme solo during “The Righteous Voice” underscores Azagthoth’s unique creative arrangements, and in “For No Master”, Azagthoth illustrates that no guitarist in the genre orchestrates, and translates, dark chaos so masterfully.
Wrapped in a thick wall of death metal sound, Kingdoms Disdained was recorded at Mana Studios in St. Petersburg, FL and produced by Morbid Angel with Erik Rutan (produced albums by Morbid Angel, Cannibal Corpse, Hate Eternal, Six Feet Under, Belphegor and many more). It will unequivocally and unapologetically reset the bar for dynamic death metal music, and only the scared, the meek or the ignorant would wilfully deny themselves a taste of Kingdoms Disdained.
Trey Azagthoth, guitars
Steven Tucker, vocals, bass
Dan Vadim Von, guitars
Scott Fuller, drums 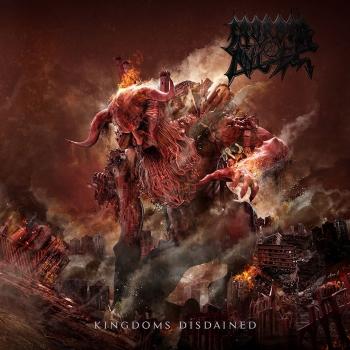 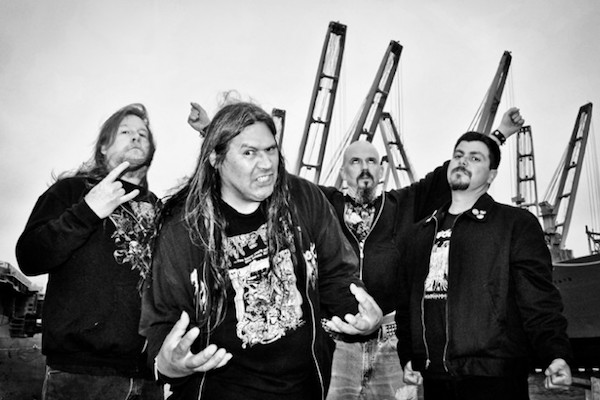