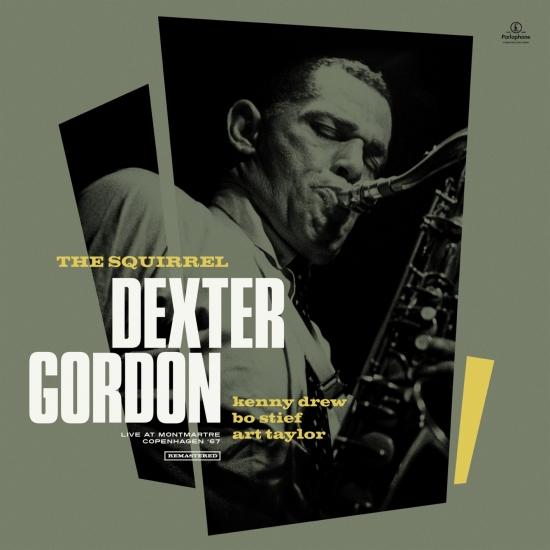 "The Squirrel (subtitled Live in Montmatre, Copenhagen 1967) is a live album by American saxophonist Dexter Gordon recorded at the famous Jazz house Montmartre in Copenhagen, Denmark in 1967 by Danmarks Radio and released on in 1997.
"the great Dexter really stretches out on four numbers ... The recording quality is decent, if not flawless, but Gordon's playing is often quite passionate ... Although not essential this set finds the tenor in excellent form". (Scott Yanow, AMG)
"To hear Dexter Gordon live in this period is to hear one of the most powerful instrumentalists in jazz at the very top of his form. On four extended numbers, clocking in at between twelve and twenty minutes, Gordon plays fast, furious and remarkably athletic tenor alongside an outstanding rhythm section". (Joel Roberts, AllAboutJazz)
Dexter Gordon, tenor saxophone
Kenny Drew, piano
Bo Stief, bass
Art Taylor, drums
Recorded June 29, 1967 at Jazzhus Montmartre, Copenhagen, Denmark
Produced by Ib Skovgaard
Digitally remastered