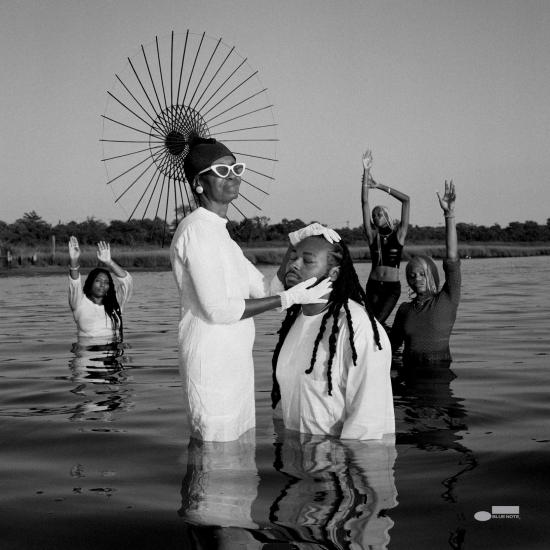 Info for The 7th Hand

The impressive saxophonist/composer Immanuel Wilkins has given proof of immense talent. On The 7th Hand, the follow up to his admired debut Omega, he takes a bright quartet - with Micah Thomas on piano, Daryl Johns on bass and Kweku Sumbry on drums - under his leadership, presenting seven cuts that unfold with masterful strokes.
“Emanation” starts off this journey with a perfect blend of relaxation and tension, melody and harmony, all tied up in a rhythmic mesh that disorients and captivates. Wilkins’ phenomenal soloing capabilities stand out with infinite inside/outside trajectories and a fervent expression imbued with speed and articulation. He's followed by Thomas, whose sometimes earnest, sometimes soaring pianism goes from modal to dreamy to effusively cascading and contorted.
Working like a suite, the album takes us immediately to “Don’t Break”, which celebrates his friendship with Sumbry; the irrepressible percussion of the Farafina Kan Percussion Ensemble propels it with gusto. From here, we are taken to the waltzing ballad “Fugitive Ritual, Selah”, a slightly gospelized hymn to Black spaces, introduced by an unpretentious bass statement and vamped with a recurrent riff at the center. Sumbry drives it delicately with brushes before installing a relaxed beat progressively stirred by syncopation.
“Shadow” and “Witness” are somewhat circular in their approach, probing more curvilinear than angular shapes. The former, also displaying a specific riff at its heart, is the closest to minimalism we can get here, while the latter has an excellent spot for guest flutist Elena Pinderhughes. It lands on a resolved, if revelatory, final section. Pinderhughes is also featured on “Lighthouse”, where her cerebral melodic conduction diverges from Wilkins’ tightly coiled improvisation. The bandleader strolls exuberantly in a passage of rare swinging ecstasy, and the piece ends up on a cyclic path with beautiful melody and intriguing drumming.
Played live and free, the concluding seventh movement, “Lift”, offers us 26+ epic minutes of prayerful avant-garde jazz in the line of Coltrane/McCoy, becoming a kind of 21st-century A Love Supreme. There’s polyrhythmic intention in the way Wilkins blows atop of Thomas’ harmonic jabs; meanwhile, insistent bass intervals and drum chops with cymbal color flow underneath. The next section is slightly ominous, presenting the dark-toned alto as a droning element together with chiaroscuro piano attacks. After a brief passage marked by tensile bass work, whirling piano, and rapid-fire snare drum, Wilkins reaches high up into his upper register and reinforces his clamor with fiery detail.
The 7th Hand strikes with the force of a comet and wows, whether through abrasive sections built with consummate torrents of sound or conciliatory moments of simplicity and restraint.
Immanuel Wilkins, alto saxophone
Micah Thomas, piano
Daryl Johns, bass
Kweku Sumbry, drums
Elena Pinderhughes, flute (tracks 5, 6)
The Farafina Kan Percussion Ensemble 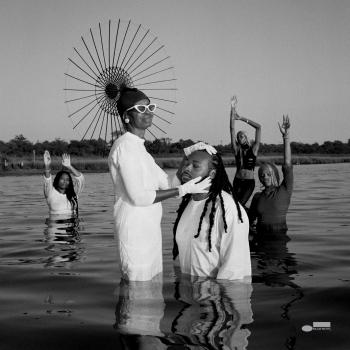 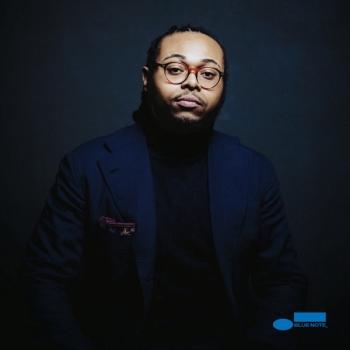 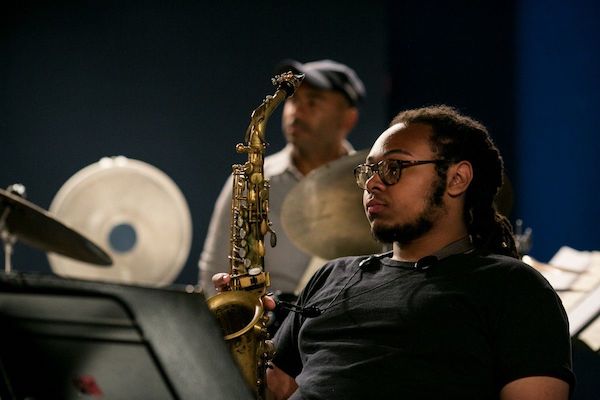 Immanuel Wilkins
is a Saxophonist, Composer, Arranger, and Bandleader from the greater Philadelphia-area. While growing up, he honed his skills in the church and studied in programs dedicated to teaching jazz music like the Clef Club of Jazz and Performing Arts. Moving to New York in 2015, Immanuel proceeded to earn his bachelor’s degree in Music at Juillard (studying with the saxophonists Bruce Williams and the late Joe Temperley) while simultaneously establishing himself as an in-demand sideman, touring in Japan, Europe, South America, The United Arab Emirates, and the United States and working and/or recording with artists like Jason Moran, the Count Basie Orchestra, Delfeayo Marsalis, Joel Ross, Aaron Parks, Gerald Clayton, Gretchen Parlato, Lalah Hathaway, Solange Knowles, Bob Dylan, and Wynton Marsalis to name just a few. It was also during this same period that he formed his quartet featuring his long-time bandmates: Micah Thomas (piano), Daryl Johns (bass) and Kweku Sumbry (drums).
Being a bandleader and having a working group for over four years has allowed Immanuel to grow both as a composer and arranger — and has led to him receiving a number of commissions including, most recently, from The National Jazz Museum in Harlem, The Jazz Gallery Artist Residency Commission Program (A collaboration with Sidra Bell Dance NY, 2020 ) and The Kimmel Center Artist in Residence for 2020 ( a collaboration with photographer Rog Walker and videographer David Dempewolf) Being emerged in the scene at a young age and sharing the stage with various jazz masters, has inspired Immanuel to pursue his goal of being a positive force in music and society. This includes quite an impressive resumé as an educator. In addition to teaching at NYU and the New School, he has taught and given master classes and clinics at schools/venues like Oberlin, Yale and the Kimmel Center.
Ultimately, Immanuel’s mission is to create a sound that has a profound spiritual and emotional impact which will allow him to become a great leader in the long lineage of jazz musicians. Through studying the human pathos of the music and the culture of jazz, Immanuel aspires to bring people together through the commonality of love and belief in this music. His debut recording, Omega — produced by Jason Moran— will be released on Blue Note Recordings on August 7, 2020.