Speak To It (Remastered) Human Feel 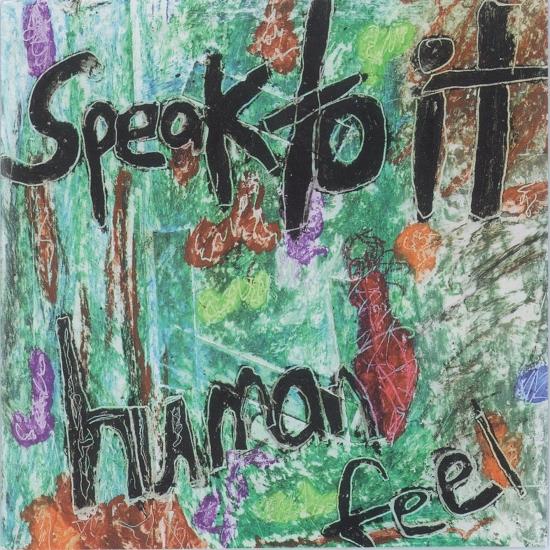 Info for Speak To It (Remastered)

The fourth album by this Brooklyn-based collective builds on their strengths in a program that ranges across jazz, improv, and contemporary classical/new music, with a passing nod to the traditions of eastern Europe. As composers, Black, Speed and D’Angelo provide different frameworks for the band’s characteristic, often tensile explorations, heard as well in their atmospheric rendition of the Billie Holiday standard “Left Alone” where they’re joined by vocalist Holly Palmer. The feel moves in and out of time (from jazz-rock to free, polyrhythmic and vamp to rubato), while the shifting textural/melodic interplay demonsrtates their commitment to collective improvisation. As critic Louisa Hufstader remarked about their 1994 New World/Countercurrents release, “You can hear them listening to each other, reevaluating, reacting; there’s both urgency and joy in the process…These are really, really talented guys having fun.” The unedited analog recording vividly preserves the integrity of their playing.
Human Feel was formed in Boston in 1987, although Speed, Black and D’Angelo first played together in a big band during their high school days in Seattle. A self-produced CD appeared in 1989; Rosenwinkel joined the group in 1990, and their second album was issued that year on GM Recordings. By 1993 the band had relocated to New York, where they perform frequently. They’ve also toured the West Coast three times and recently played in the Southwest.
The members of the group all lead busy musical lives as performers and composers. Jim Black tours and records with Tim Berne’s Bloodcount, Dave Douglas’s Tiny Bell Trio, Ellery Eskelin, Ben Monder (all on Songlines), and Hiroshi Minami. He has also recorded with Ed Schuller and Dewey Redman, Lee Konitz, Ned Rothenberg, Robert Dick, Stephan Furic, and Hilmar Jensson. Chris Speed, whose background is in classical music as well as jazz, is also a member of Bloodcount, and he and Jim co-lead Pachora, a Balkan/near Eastern quartet. As well he tours and records with Dave Douglas’s Sextet, Myra Melford’s Extended Ensemble, and Erik Friedlander’s Chimera. Andrew D’Angelo, also a member of Chimera, leads the groups In Hear, Smack for Some, and Saxophone Yard Sale. He writes for chamber groups and large ensembles, currently performs and records with Bobby Previte’s Weather Clear, Track Fast and the Jamie Saft/Cuong Vu band, and is a member of Aaron Alexander’s RaggedyTime. Kurt Rosenwinkel, a native of Philadelphia, leads his own quartet and tours and records with Paul Motian’s Electric Bebop Band and Once Blue. He has also performed and/or recorded with Gary Burton, Larry Goldings, Joshua Redman, Bill Stewart, Bob Berg, George Garzone, Danilo Perez and Mark Turner.
Update: after a long hiatus Human Feel reunited in 2006 and released Galore on Speed’s label Skirl, and Gold (2019) on Intakt.
"Recording under the group name of Human Feel, are Jim Black (percussion), Andrew D'Angelo (reeds) and Chris Speed, who emerges as the dominant voice with his sometimes frenetic tenor saxophone and clarinet. Speed is a compelling player with an original voice, and he contributed three of the ten tunes. Andrew D'Angelo joins him on alto and bass clarinet, the latter of which is particularly effective. As to be expected, Jim Black's dynamic, swirling drums are a continual highlight. Kurt Rosenwinkel rounds out the group with his sometimes aggressive, sometimes atmospheric, often horn-like guitar. The music is mostly a group effort and succeeds on its own terms. If there is a criticism, it is a slight and occasional lack of focus. Overall, though, there is much to enjoy." (Steve Loewy, AMG)
“Human Feel is part of a promising new leading edge in jazz: fierce horns set free to improvise within tight, pianoless arrangements….This nouveau chamber group is willing to risk inciting the guests to riot and wreck the chamber.” (Thomas Conrad, DownBeat)
Andrew D'Angelo, bass clarinet, alto saxophone
Chris Speed, clarinet, tenor saxophone
Kurt Rosenwinkel, guitar
Jim Black, drums
Special guest:
Holly Palmer, vocals (track 6) 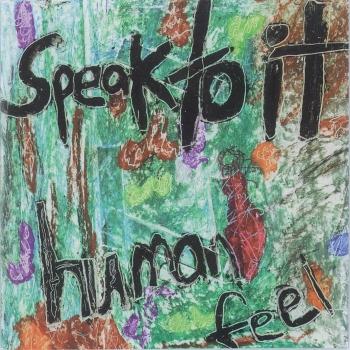 Speak To It (Remastered) 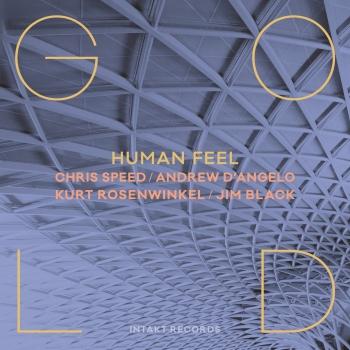 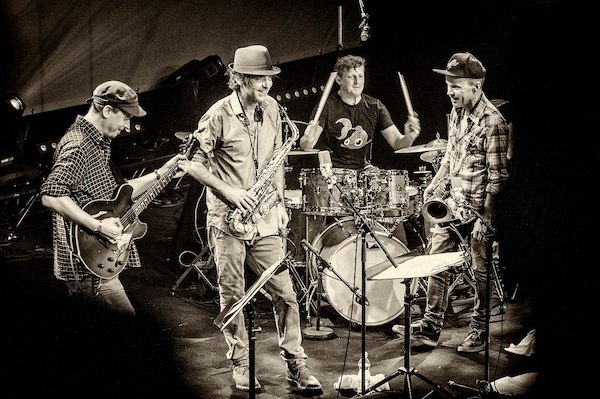 Human Feel / Chris Speed
- and is “one of the principal figures in a dynamic left-of-center jazz/improv scene in the city” (NYTimes). His own bands include Endangered Blood, Human Feel, yeah NO, Trio Iffy, Pachora and The Clarinets. He is a founding member of Jim Black’s Alas No Axis and John Hollenbeck’s Claudia Quintet (two of the most influential working bands today), works with Uri Caine (deconstructing works by Mahler, Mozart, Bach, Schoenberg, Gershwin) and maintains a busy career of touring, recording, performing, composing, practicing and teaching. Current projects include work with Craig Taborn's Heroic Frenzies, Michael Formanek's Ensemble Kolossus, Dave King's Trucking Co., Matt Mitchell Quartet, Mary Halvorson's Reverse Blue, Banda de los Muertos (NYC’s only Banda band), as well as touring his latest project, Endangered Blood (with Black, Trevor Dunn and Oscar Noriega) which was featured on NPR’s Tiny Desk Concerts in 2012. (Endangered Blood 2010, Work Your Magic 2013 Skirl). “Speed’s Endangered Blood originals stand out as his most melodically generous, accessible and warm batch of compositions he’s yet to produce.” -DownBeat
Born in 1967, Speed grew up in the Seattle area where he met future colleagues Jim Black and Andrew D'Angelo, all of whom ended up in Boston in the late 80's where they formed Human Feel with guitarist Kurt Rosenwinkel. (Scatter 1992, Welcome to Malpesta 1994, Speak To It 1996, Galore 2007). While in Boston he studied at New England Conservatory and graduated in 1990. By 1992, after a short tour with the Artie Shaw Band (led by Dick Johnson), Speed moved to New York City where he started working with Tim Berne’s (now legendary touring band) Bloodcount. (Unwound 1996, Discretion 1997, Saturation Point 1997, The Seconds 2006).
Throughout the nineties his formidable improvisational approach on both tenor saxophone and clarinet contributed to other pioneering NYC bands including the Dave Douglas Sextet (Witness, Soul on Soul, Sanctuary, Stargazer, In Our Lifetime), Myra Melford’s Same River Twice (Above Blue, Where the Two Worlds Touch) John Zorn (Bar Kokhba, Trembling Before G-d) and Mark Dresser’s trio with Anthony Coleman.
As a member of Pachora (with Black, bassist Skuli Sverrisson, and guitarist Brad Shepik) Speed became known as one the leading NYC musicians adapting the odd time signatures and melodies of Balkan music into jazz-based music. Pachora was formed in 1992 to play music from Bulgaria, Greece, Macedonia, and Turkey, and evolved into an original music ensemble that toured North America and Europe extensively. (Astereotypical 2003, Ast 2000, Unn 1999, and Pachora 1997. His fluency with East European folk music is also documented with the more traditional Slavic Soul Party, which he was member of from 1996-2004. In addition to touring America, they spent 2 weeks in Macedonia with Rom musicians and recorded “In Makedonija” (Knitting Factory Records) at an underground radio station in Skopje.
His critically acclaimed improvisational trio The Clarinets (with Oscar Noriega and Anthony Burr and featured on NPR’s Fresh Air) explores the possibilities of the clarinet (multi-pitch tones, timbre deviation) in the context of group improvisation. This group blurs the boundary between composed chamber music and experimental improvisation and creates an acoustic ambient music of unusual grace and beauty. (The Clarinets 2006, Keep On Going Like This 2012)
Speed formed the band yeah NO in 1996 as an experiment in decoding and scoring out improvisations which inspired an unusual book of music that also fused elements of free jazz, modern rock, eastern folk and minimalism. After the debut record in 1997, they thrived in the center of new music in NYC, performing frequently at the previous Knitting Factory(s) and (the since closed) Tonic. They toured the States and Europe and have four recordings. (yeah NO 1996, Deviantics 1998, Emit 2000, Swell Henry 2004)
Speed was named the rising star clarinetist in Downbeat magazine for 2004, 2005 and 2006, was the recipient of a NEA composition grant in 1993, and in 2004 was the guest soloist at the Copenhagen International Jazz Festival working with over 10 different cutting edge Danish bands.
In April 2006, he launched Skirl Records, a label dedicated to Brooklyn based creative music, now with 31 releases. “As a document of the fertile Brooklyn scene, Skirl has few equals, skirting the boundaries between jazz, rock, electronic, classical and improvised music.” AllAboutJazz