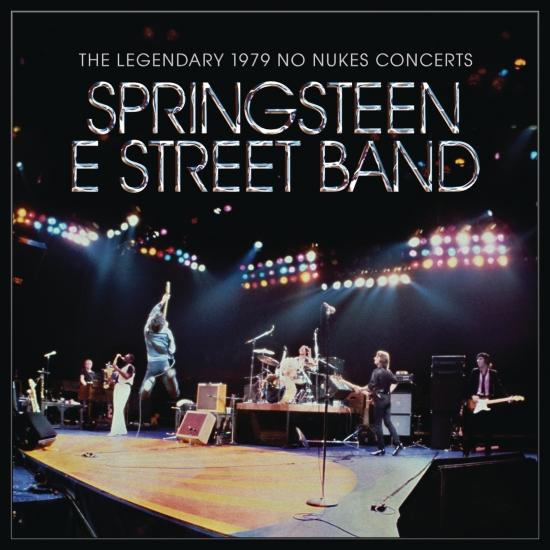 “A few years ago, I started re-examining the filmed archives for Bruce and the Band’s appearances at the No Nukes concerts of 1979,” said Thom Zimny. “I quickly realized that these were the best performances and best filming from the Band’s legendary Seventies, and dedicated myself to bringing out the full potential of the footage. Having worked as Bruce’s principal director and editor for the last 20 years, I can say without reservation that this newly re-edited, re-mixed and restored ninety minute film is the gold standard for Bruce and the Band live during one of their greatest creative periods.”
“The Seventies were a golden period in the history of Bruce Springsteen and the E Street Band, and the Legendary 1979 No Nukes Concerts is the greatest document of that era we will ever have,” said Jon Landau. “It’s a pure rock show from beginning to end, the energy level is transcendent, and the mastery of the art and the craft of rock music is awe inspiring.”
“We’re thrilled to be able to give audiences around the world the opportunity to witness these groundbreaking performances,” said Tom Mackay, President, Premium Content, Sony Music Entertainment. “‘The Legendary 1979 No Nukes Concerts’ is a rare opportunity to experience an event that became an instant classic and marked a pivotal moment for Bruce Springsteen and the E Street Band.”
A composite of two performances captured during the multi-day ‘No Nukes’ concerts, the film packs the intensity of a marathon Bruce Springsteen and The E Street Band show into a crackling 90 minute run-time. Among the highlights are then-unreleased versions of “The River” and “Sherry Darling,” live staples “Badlands,” “Born To Run” and “Thunder Road,” plus covers of Buddy Holly’s “Rave On” and a version of Maurice Williams’ “Stay” featuring special guests Jackson Browne, Tom Petty and Rosemary Butler.
Recorded over the course of two nights — Sept. 22 and 23, 1979 — at Madison Square Garden for the “No Nukes” concerts organized by Jackson Browne, Graham Nash, Bonnie Raitt and John Hall to benefit Musicians United for Safe Energy, The Legendary 1979 No Nukes Concerts condenses the Boss’s two sets into one lean, 13-song collection. That means there’s absolutely no filler, just the very best from two gigs that have long been celebrated as some of the best performances of Springsteen (and, of course, the E Street Band)’s storied career.
“The Legendary No Nukes Concerts” offers entertaining, insane joy in playing with the full physical effort of an artist at the height of his (early) creative period, in the best possible dust-free image and clay. The fact that it’s not an epic three-hour show or part of a larger album package doesn’t reduce the fun in any way. It’s what Bruce Springsteen has been doing for 50 years: Entertaining people, touching them and making them forget everything else around them for a few hours. It’s still magical today." (Josef Gasteiger, news.in-24.com)
Bruce Springsteen & The E Street Band
Digitally remastered