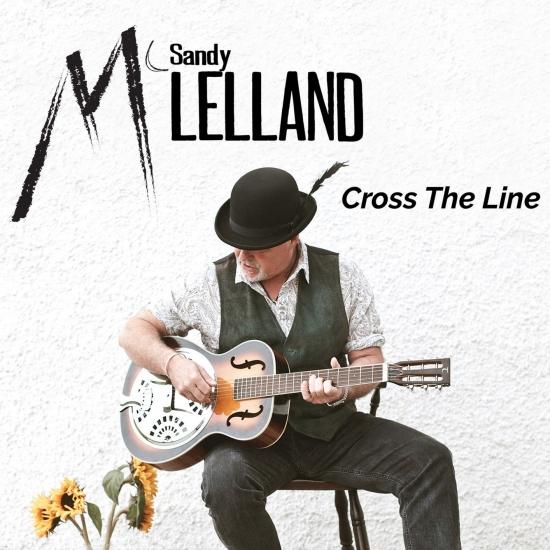 Label: Sound It Out Music

Info for Cross the Line

"Cross the Line" is the new album by Scottish born singer-songwriter Sandy McLelland which entered the iTunes Country Music Album Chart at number nine on the first day of release, making him the only British artist currently in the Top 10 and rubbing shoulders with the cream of Country Music.
"Cross the Line" is unashamedly rooted in the American country, blues, folk and soul music he absorbed in his early days in Glasgow. Often full and vibrant, sometimes achingly bare and personal, Sandy is capable and comfortable across many, diverse, musical styles, always with a highly personal core.
This collection of songs has been a long time in the making. It has its own way with words. A real attention to detail. Each one attempts to deal with the kind of things we all encounter at one time or another. The emotional range in the songs feels complete. There are vibrant and optimistic themes in songs like the anthemic, We Always Will. There are charming, upbeat offerings like I Believe in You. There are songs which threaten to break your heart, but finally leave you uplifted, like the inspiring, My Home Town. There are songs which try hard to support and embolden those dragged down by dysfunctional relationships, like Your Poor Excuse and Already Gone.
“I've tried hard in this work to be as precise and elegant as I can with words. I think it drives those around me a bit crazy. I shuffle them around endlessly, a kind of chess game, until I feel the point is best expressed. It's not usual for words to come quickly to me. On occasion, like My Home Town, it flows freely, and I really enjoy that. Feels a bit like it's not really me who's in charge at that point."
"More usually it's a question of putting in the hours, chiselling away tiny bits at a time, till it feels complete." ​
"Then, when I sit back and let it all sink in, feels great. I love the writing stage. When the words and melody fuse together, you hope it all adds up to something which can truly resonate. I'm determined to make music which first and foremost I like and am proud of, but it's always nice if someone else likes it too.”
"Everything was recorded and mixed in our little studio at home. Much of it we did entirely ourselves, but we were also lucky enough to benefit from the help and love of some good friends along the way. I think in some ways, the constriction of the tools available has probably helped to evolve a more individual character to the music. As we tried to find a way to achieve the levels we wanted to reach, so I think, we learned to be diligent and patient, to trust our instincts and believe that we would get there. The big plus in terms of running your own project, is that you get to make it how you want. Nothing is trying to distort the process one way or another for the wrong reasons. Hopefully all the choices along the way are based purely on artistic merit. There's no financial muscle behind us, but neither is any bearing down. When the music is finished, it's as we want people to hear it. We stand or fail by that alone. I'm not afraid to fail."
Sandy McLelland, guitar, banjo, vocals 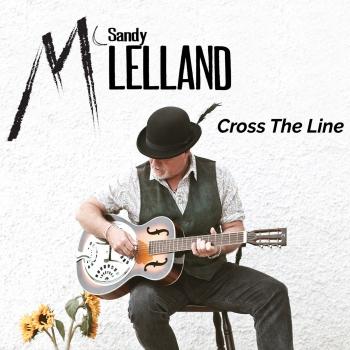 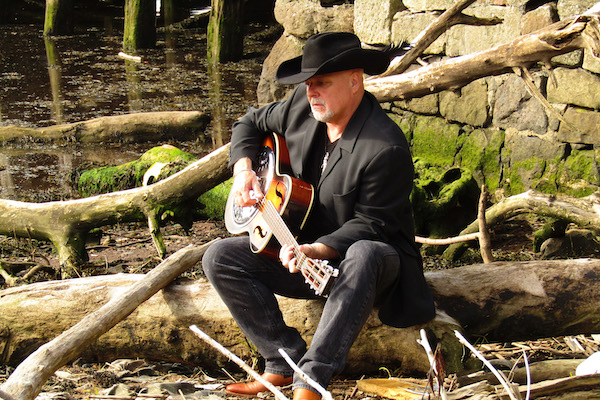 Sandy McLelland
Throughout a long and respected music career, Scottish singer songwriter, Sandy McLelland has contributed to the artistic achievements of numerous artists and projects all over the world. Capable and comfortable across many, diverse, musical styles. ​
‘This music’ represents the culmination of a lifetimes' work. ​
“It's taken a long time to learn my craft, to find my real voice. It's taken even more time learning to stay strong in what's important in my music. I need it simple and emotional, a few chords, a real melody, some words which mean something to me, hopefully to others.”
Often full and vibrant, sometimes achingly bare and personal, the all acoustic sound of Sandy McLelland unashamedly pays respect to the American country, blues, folk and soul music he absorbed in his early days in Glasgow. ​
“I've worked everywhere in my time. All sorts. Pop, rock, film music, symphony orchestras. Lots of it was really rewarding and stimulating, but none of it left an imprint on me like the music I first heard when I was young. It's in my bones, intuitive, immediate. Just feels natural and connected. It's what I am. People keep asking why it's taken so much time to give birth to this work. Simple really, I think I just didn't know enough till now. Maybe I still don't.”