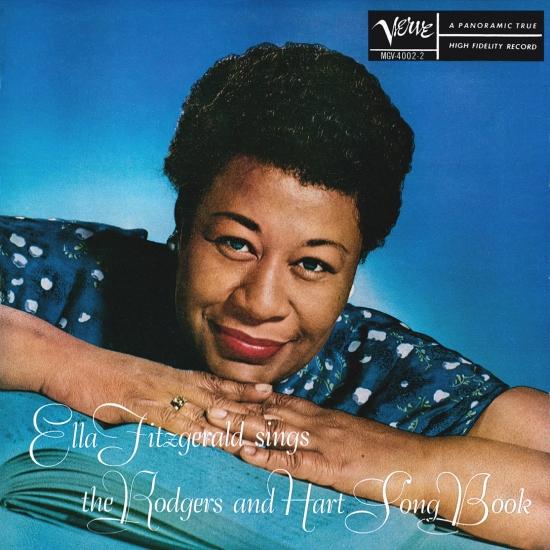 The second of the celebrated song books recorded by Ella and one of the best vocal jazz albums ever made, it was arranged and conducted by Buddy Bregman (as was its predecessor, Ella’s Cole Porter Song Book).
Ella Fitzgerald Sings the Rodgers and Hart Song Book is a 1956 studio album by the American jazz singer Ella Fitzgerald, with a studio orchestra conducted and arranged by Buddy Bregman, focusing on the songs written by Richard Rodgers and Lorenz Hart.
This album was inducted into the Grammy Hall of Fame in 1999, which is a special Grammy award established in 1973 to honor recordings that are at least twenty-five years old, and that have “qualitative or historical significance.”
"Only Frank Sinatra has put his indelible stamp on as many pages of the American Popular Songbook as Ella Fitzgerald. But while Sinatra specialized in mood-themed albums (his composer-based collections were compiled from material already released), Fitzgerald's ambitious songbooks devoted themselves to one great songwriter after another: Cole Porter, the Gershwins, Irving Berlin, Jerome Kern, Harold Arlen, and so on. Her two-volume Rodgers and Hart project ranks with the best, and if Buddy Bergman's arrangements are a bit sweeter than his Cole Porter settings, or Nelson Riddle's Gershwin treatments, they suit the material just fine." (Jim Emerson, AMG)
Ella Fitzgerald, vocals
Buddy Bregman, arranger, conductor
Digitally remastered