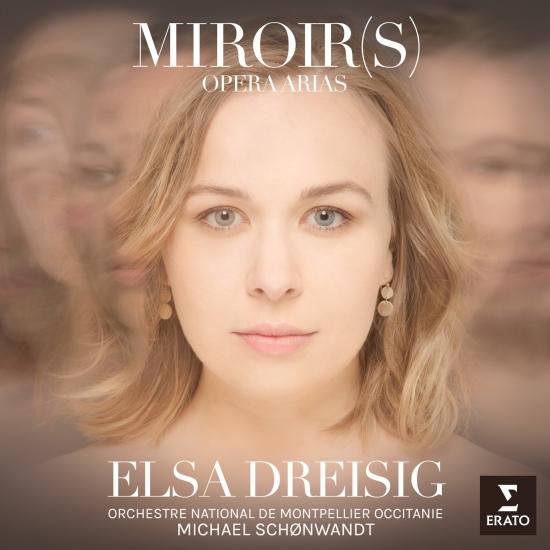 Miroirs is the debut album from the young French-Danish soprano Elsa Dresig. The winner of Plácido Domingo’s Operalia singing competition in 2016, she has performed opera in Berlin, Paris, Zurich and Aix-en-Provence and sung with Sir Simon Rattle and the Berlin Philharmonic in Berlin, Salzburg, Lucerne and Paris.
Miroirs showcases her vocal and dramatic range with different ‘reflections’ on a situation or character in arias and scenes from operas by Gounod, Massenet, Rossini, Mozart, Puccini, Richard Strauss and the rarely-heard Daniel Steibelt. The album includes two world premiere recordings.
Elsa Dreisig, soprano
Orchestre national Montpellier Occitanie Pyrénées Méditerranée
Michael Schönwandt, direction 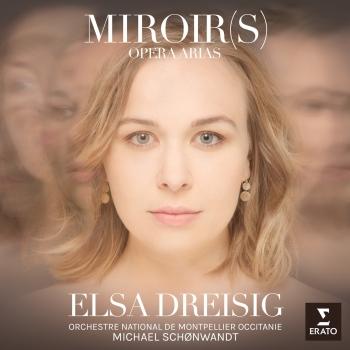 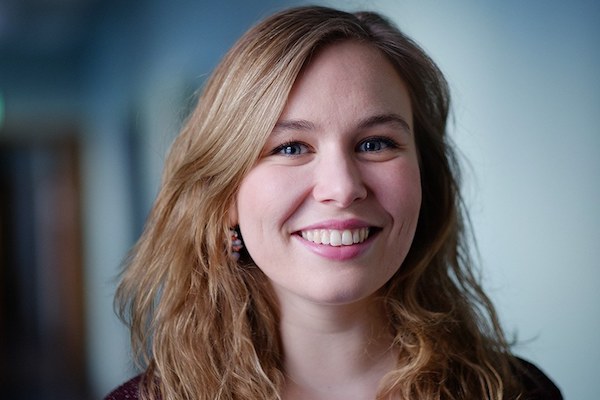 Elsa Dreisig
When joining the international vocal competition "Operalia", founded by Plácido Domingo, Elsa Dreisig was awarded First Prize as best female singer in 2016. Only few weeks later the renowned magazine "Opernwelt" granted her the sought-after mention as "Young Artist of the Year". In 2017 she was awarded the Danish prize "Young Opera Artist of the Year" within the Copenhagen Opera Festival.
In 2015 Elsa Dreisig had already been awarded both Second Prize of the Queen Sonja International Music Compertition in Oslo as well as First Prize and Audience's Prize of the New Voices Competition of the Bertelsmann Foundation in Gütersloh. She was also granted the "Prix jeune soliste 2015 des radios francophones publiques" (Young Soloist' Award of the French speaking public radio-companies 2015) and she was the Vocal Discovery of the prestigious Victoires de la Musique Classique 2016. These major honours make her shine as a new star of the vocal art firmament.
Already as a child Elsa Dreisig was very keen to sing. She entered the Maîtrises (choir’s schools) of the Opéra royal de Wallonie and of the Opéra national de Lyon. She studied singing at the Conservatoire National Supérieur de Musique in Paris (in the class of Valérie Guillorit) and at the Leipzig Musical High School (Regina Werner being her teacher). She also attended numerous Masterclasses. Her present vocal teacher is Lionel Sarrazin.
From 2015 through 2017 she was a member of the Berlin State Opera opera studio under the artistic direction of Daniel Barenboim. Already as a studio-member she was entrusted leading roles such as Pamina (Die Zauberflöte) and Euridice (Orfeo ed Euridice with Bejun Mehta as Orfeo). At the Berlin State Opera she also joined the new-production of Martinú's Juliette opposite to Rolando Villazón and Magdalena Kozená. She performed Rosina in Il Barbiere di Siviglia at the Clermont-Ferrand Opera right before making her debut with three major companies: Pamina with the Opéra de Paris, Musetta (La Bohème) with the Zurich Opera House and Micaëla (Carmen) with the Festival d'Aix-en-Provence.
Since season 2017/18 she is now an ensemble-member of the Berlin State Opera, performing Gretchen (Schumann's Szenen aus Goethes Faust at the re-opening of the Staatsoper Unter den Linden), Gretel (Haensel and Gretel) and Violetta (La Traviata). Having sung Lauretta (Gianni Schicchi) recently at the Opéra national de Paris she will get back there for a new-production of of Don Giovanni nect season when she will also sing her first ever Manon (title-role) in a new-production at the Zürich Opera.
Elsa Dreisig performed in concert with the Berlin State Opera (Rossini's Petite messe solennelle), the Berlioz Festival in La Côte Saint André (joining the re-discovery of Herminie by Berlioz) and also went on tour with the Orchestre Français des Jeunes conducted by David Zinman (Mahler's 4th symphony). In 2017 and 2018 she took part in the prestigious gala-concert of the German AIDS-Foundation. She made a sensational short-term-debut with the Berlin Philharmonic Orchestra under the baton of Sir Simon Rattle performing Haydn's The Creation for the opening of the Berlin 2017/18 concert-season and subsequent tour-concerts at the Salzburg Festival, the Lucerne Festival and the Paris Philharmony. In summer 2018 she was touring with the West-Eastern Divan Orchestra under the baton of Daniel Barenboim.
Elsa Dreisig is under exclusive contract with Warner Music (Erato). Her first solo-album will be released in autumn 2018.