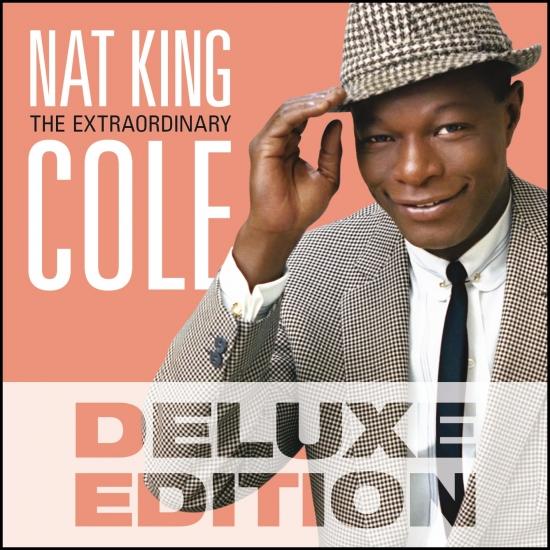 Info for The Extraordinary (Remastered)

The sparkling new Nat King Cole collection celebrates the classic crooner with a heaping helping of his most swinging performances, rare unreleased tracks, and a pair of duets with Dean Martin.
The second half of the 1940s Nat King Cole was the only challenger to Frank Sinatra’s role as America’s premier singer – pretty soon afterwards he even overtook Sinatra in popularity. It’s not difficult to hear why with his jazz leanings, his blues undertones and a voice as smooth as silk he appealed to just about everyone. The man who once said, “Critics don’t buy records. They get ‘em free,” was a twentieth century great who died far too young. He left us with one of the most wonderful recorded legacies ranging from pure jazz to sublimely romantic ballads. We are proud to be working his extraordinary catalogue into 2014 and beyond.
„Nat King Cole was a pretty fair jazz piano player, but it was his rich, warm, and smoothly elegant vocal style (which pretty much allowed him to sing even a soup recipe and make it work) that made him into an icon. This set has 'Mona Lisa,' 'Sweet Lorraine,' 'Unforgettable,' and dozens of other Cole classics, and while it doesn't have all of his hits or essential tracks by any means, there's still plenty here.“ (Steve Leggett)