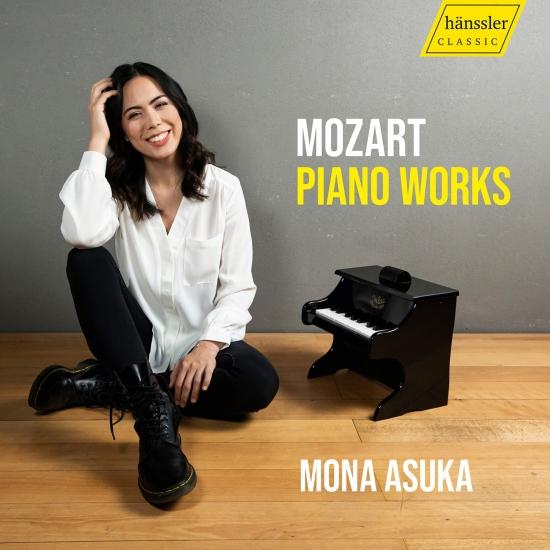 "The young pianist glows with enthusiasm ... but then proves that for all this vigour and exuberance, she also has a keen sense of what lies between the notes and a sensitive awareness of tempo."" (WAZ newspaper).
Born in 1991, the German-Japanese pianist Mona Asuka made her debut in concert performance with the Munchner Rundfunkorchester at the age of eleven. Since then she has received invitations for solo recitals and concerts with famous orchestras from around the world.
From surveying the complete works of Wolfgang Amadeus Mozart, it can be established that of the more than 600 compositions he left for posterity, about a sixth were dedicated to the piano. In contrast to the other two masters of Viennese classical music, Haydn and Beethoven, Mozart's music for solo piano was less of a field for formal experimentation or for expression of individual musical soliIoquy. Mozart wrote his piano sonatas mostly for quite specific practical purposes, whether for performance on his travels, for musical events among a smaller circle of people, or as exercise material for his students."
Mona Asuka, piano 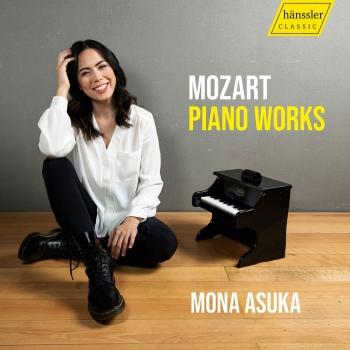 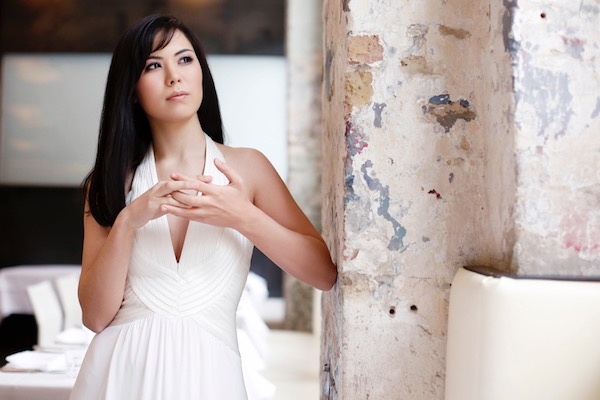 Mona Asuka
demonstrated a great talent for music at a very young age. At four years old she performed as a guest artist at a competition in Munich’s Residenz. At eleven she appeared as a duo partner of Marcello Viotti with the Münchner Rundfunkorchester in a televised production of Ravel’s Ma mère l’oye, which has been broadcast several times on German television.
Mona Asuka made her orchestral debut aged 13. This was quickly followed by appearances with the Hong Kong Philharmonic and Edo de Waart, Mozarteumorchester Salzburg and Ivor Bolton, Philharmonia Orchestra London, Dresdner Kapellsolisten, Württembergisches Kammerorchester, Münchner Symphoniker, Südwestdeutsche Philharmonie and Staatskapelle Weimar. Performances in Japan have included the Nagoya Philharmonic Orchestra, Yomiuri Nippon Symphony Orchestra, Hiroshima Symphony Orchestra, Ensemble Kanazawa under Kazuki Yamada and New Japan Philharmonic at Suntory Hall.
Solo performances have taken her several times to the Mecklenburg- Vorpommern Festival, Festival La Roque d’Anthéron, Klavier-Festival Ruhr, Kissinger Sommer, Moritzburg Festival, Next Generation Festival in Dortmund, Burghofspiele Eltville, Europäische Wochen Passau, Stuttgart’s Liederhalle and Zurich’s Tonhalle.
In 2014 Mona Asuka was Artist-in-Residence at the Boswil Music Summer festival.
Mona Asuka performed multiple times with the Musikkollegium Winterthur and Thomas Zehetmair and was the soloist of the 2017 Japan tour of the Brussels Philharmonic and Stéphane Denève, where she recently appeared again with the Mozarteum Orchestra and Riccardo Minasi.
At the Kurhaus Wiesbaden and the Klavierfestival Ruhr, she appeared in solo recitals and performed at the Essener Philharmonie, the Oberstdorfer Musiksommer and the Mosel-Musikfestival together with her chamber music partners Serge Zimmermann and Felix Klieser.
In the past season, Mona Asuka was invited to the Castlemaine State Festival in Australia and performed several concerts with the ARIS Quartet as well as with the Prague Royal Philharmonic at the sold-out Prinzregententheater in Munich.
In the first half of 2020, she tours Japan and Germany together with the Munich Symphony Orchestra and Julian Rachlin, partners with Simon Höfele as well as the ARIS and Goldmund quartets for chamber music and performs solo recital in Asia and Europe.
Mona Asuka has won numerous first prizes in national and international competitions, including the Grotrian Steinweg Competition. In 2006 she received the Audience Award at the Bad Kissingen Piano Olympics, and in February 2011, the Festival Prize for artistic achievement at the Sommets Musicaux Festival in Gstaad. Her 2008 debut recital at the Ruhr Piano Festival was met with great acclaim.
The Westdeutsche Allgemeine Zeitung remarked: “The young pianist glows with enthusiasm...but then proves that for all this vigour and exuberance, she also has a keen sense of what lies between the notes and a sensitive awareness of tempo.” A recording of this concert was released by the Ruhr Piano Festival as a portrait CD.
Her album with works by Schubert and Liszt was released in summer 2017 on Oehms Classics.