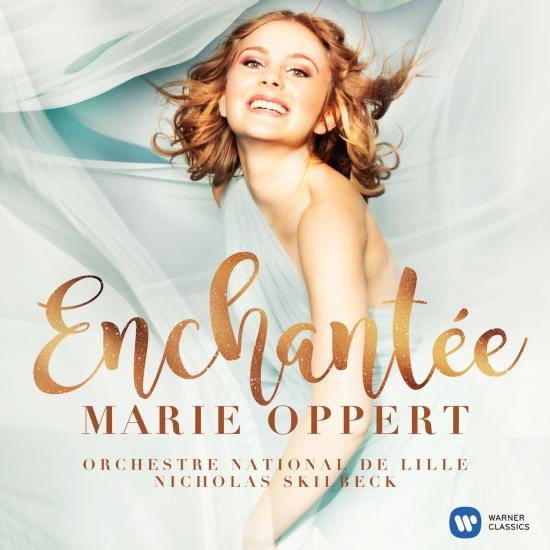 In her debut album, she embraces both the classics of Broadway repertoire and treasured songs of French origin, in order to represent her own musical upbringing and passion. The program explores the idea of this celebrated magical place “where it’s possible for dreams to come true”, tracing it from Anastasia’s “Journey to the Past”, through a bilingual version of the title song of Les Parapluies de Cherbourg, through Willy Wonka’s “Pure Imagination”, to George Gershwin’s “I Got Rhythm”.
“This album is a real dream come true for me. From my childhood days I’ve been absolutely passionate about musical theatre, which I discovered while taking my first steps on the stage. It’s a genre whose “magical power” to tell a story through theatre, song and dance I find utterly compelling. In this debut album I wanted to bring a French touch, an entirely personal sound, to the Broadway repertoire by including some French songs that were just as much a part of my first musical experiences. The combination of these two musical worlds is hugely meaningful for me, representing as it does my background and the songs I used to sing all the time while growing up.
Alongside my deep love for this music, I also had a strong desire to broaden and contribute to cultural exchanges between France and America, particularly after my studies in New York. This is why I was so keen for the album to feature a translation of Stephen Sondheim’s all-important lyrics, interpreting his genius in my mother tongue (Les enfants écoutent – Children Will Listen); to have the optimism and swing of Charles Trenet sitting alongside My Fair Lady; to include the Gershwin standard, I Got Rhythm, which the great Gene Kelly taught to Parisian children in the film An American in Paris; and of course to pay homage to that most transatlantic of musicians, Michel Legrand (meeting him was a real turning point for me), with a bilingual version of the theme song from Les Parapluies de Cherbourg and a new orchestration of the song The Moon and I (originally composed for the film Yentl). Enchantée! (Nice to meet you!)”
Natalie Dessay, soprano
Melissa Errico, vocals
Thierry Boulanger, piano
Matt Skelton, drums tracks
Fred Liebert, bass
Tom Kelly, piano, bass, guitar
Choeur maîtrisien du Conservatoire de Wasquehal
Orchestre National de Lille
Nicholas Skilbeck, conductor