A Life Worth Living Marc Broussard 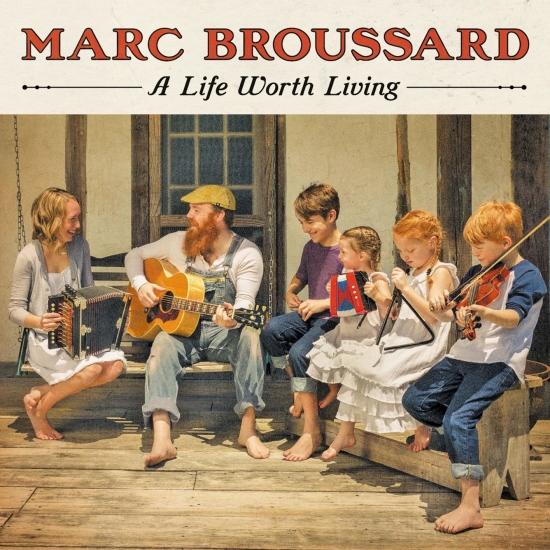 Info for A Life Worth Living

A Life Worth Living, the sixth studio album by Louisiana roots singer Marc Broussard, is his most personal project to date. No longer hiding behind ambiguity or his former label’s desire for performances targeted to Broussard’s demographics, this time Broussard opens up and creates a music mosaic straight from his soul.
Broussard’s earlier work is best characterized by his soulful vocals and a swampy Bayou flavor permeating the rootsy folk rock. The same holds true here, but on A Life Worth Living, his return to Vanguard Records after two albums with Atlantic, Broussard strips everything down to its emotional core. Broussard’s soulful vocals and honest storytelling are given greater emphasis, with his trademark blues, funk and soul flourishes only giving the narratives an extra punch.
"Since Momentary Setback appeared in 2003, Marc Broussard's career has been fascinating (as well as occasionally frustrating, given his potential) to observe for its spirit of experimentation in R&B, rock, and bluesy funk. On A Life Worth Living, his return to Vanguard Records, all that wandering and restlessness bear immense fruit. While those genres all make appearances here, they do so minus the needless studio gimmickry on earlier records. That said, this isn't a "back-to-the-roots" recording so much as an intimate one. There is plenty of polish in Paul Moak's production, but it enhances the emotional immediacy in Broussard's songs. "Hurricane Heart," a song about a broken relationship -- which could either be romantic or fraternal -- is earthy and spacious. Acoustic, electric, and pedal steel guitars, backing chorus, and natural-sounding drums underscore a gritty narrative -- and a clever use of classic song titles in the refrain. The lyrics and arrangement on the stellar title track (which addresses priorities discovered in the aftermath of Hurricane Katrina) are the most striking about this set: Broussard's growth as a songwriter (he wrote or co-wrote all but one song). The sometimes-cliched tropes on earlier records are completely absent. These songs reveal hard-won experience, not metaphor or tale spinning. As such, these songs are direct, even when dealing with uncomfortable topics. "Honesty," adorned with brushed drums, slide guitar, and pedal steel, relates the stark differences between lovers in handling conflict. "Another Day" -- a killer duet with Genevieve Schatz -- frankly addresses what lies hidden in a troubled relationship and concludes it. "Dyin'' Man, with its big, swirling B-3, is funky, nasty, and greasy; a stinging blues guitar break frames the singer's big, sensual growl. "Man Ain't Supposed to Cry" is convincingly delivered, classic Southern R&B. "Give Em Hell," a dynamic, gospel-inflected, anthemic elegy, is indeed inspirational. In many ways, the big production numbers are outliers -- on purpose. They bridge the excellent if often slower and sparser material: the Americana love song "Perfect to Me," the tender, humid, "Shine," and the sultry summer soul in the committed "Weight of the World." A Life Worth Living showcases an artistic confidence without artifice. Broussard's voice has always been his signature, but this time out it's his songs -- not his showmanship -- that do the talking." (Thom Jurek, AMG)
Phil Allen, bass, drums, acoustic guitar, electric guitar, mandolin, percussion
Jeff Babko, piano
Marc Broussard, acoustic guitar, electric guitar, piano, lead vocals
Tom Bukovac, acoustic guitar, electric guitar
Chad Gilmore, drums
Johnny Haro, drums
Warren Huart, acoustic guitar, electric guitar, mandolin, piano, slide guitar
Tim Lauer, piano
Tony Lucido, bass
Steve Maggiora, keyboards, piano
Paul Moak, accordion, bass, guitars, Hammond B-3 organ, percussion, piano, vibraphone, background vocals
Tim Pierce, bass, electric guitar
Genevieve Schatz, background vocals
Devin Vaughan, drums, percussion 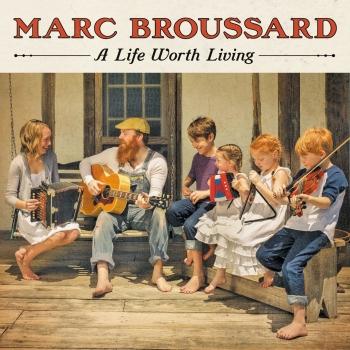 A Life Worth Living 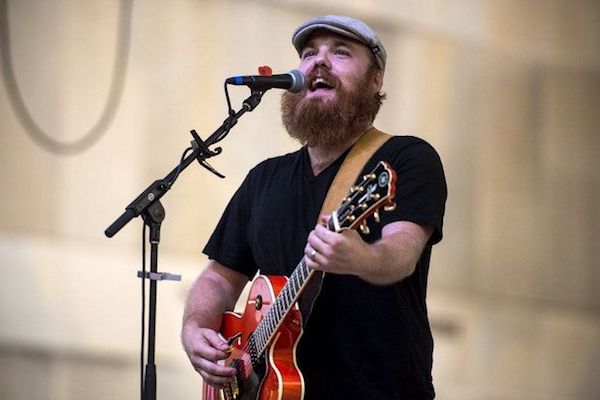