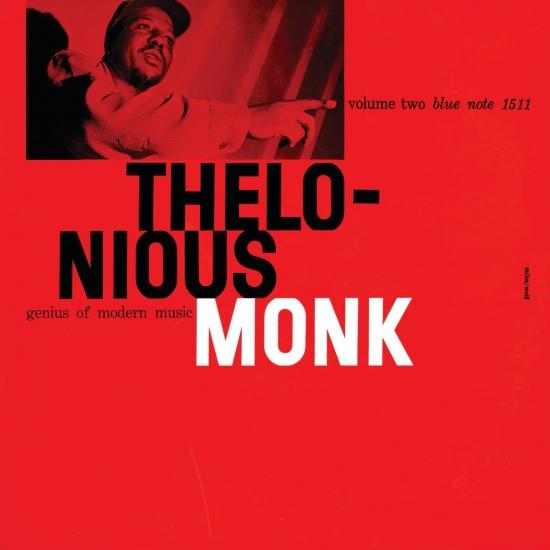 A great collection of Monk's 10" recordings for Blue Note – seminal not only for the label's commitment to a modernist bop ideal, but also for Monk's integration in the growing collection of top-level jazz players on the New York scene. The work's notable also for the fact that Monk's playing in group settings – not trio ones – and here, his early writing for and interplay with saxes and trumpet would certainly have a strong effect on the development of modern jazz in the 50s. Titles on this second volume include "Four In One", "Ask Me Now", "Criss Cross", "Skippy", "Hornin In", "Sixteen", and "Let's Cool One" – and this new version features a total of 18 tracks with great remastering and some rare alternate takes!
"If Genius Volume One in this series stands out for repertoire, volume 2 shines for the better ensemble performances. The challenges of "Four in One" and "Criss-Cross", for instance, inspire vibraphonist Milt Jackson to slithery heights, and Thelonious Monk's architectonic comping sparks altoist Sahib Shihab and trumpeter Kenny Dorham to exploratory heights. One of the first recorded jazz waltzes, "Carolina Moon", reveals Monk's penchant for reviving obscure standards on his own irreverent terms, while the unaccompanied "I'll Follow You" allows us to peak at the pianist-composer thinking out loud. No serious jazz collection should be without a sampling from Monk's Blue Note output, and this is as good a place to start as any." (Jed Distler)
"The second volume in this two-disc series displays Thelonious Monk coming into his own fully as a leader. The program consists almost entirely of original compositions, and in fact it opens with two of his most difficult: "Four in One" (with its conventional bop intro that leads into a bizarre, repeated five-against-two quintuplet sequence) and the forbiddingly abstract "Criss Cross." Get through those and you'll eventually be rewarded with the relatively straightforward, blues-based "Straight No Chaser" and the sweet ballad "Ask Me Now," among other treats. Sidemen include the young trumpeter Kenny Dorham and bassist Al McKibbon, as well as a more clued-in Art Blakey and (replacing Blakey on half of the program) Max Roach. Sahib Shihab's sax tone is more appropriate this time out, and the production quality is somewhat better. This disc, along with Volume 1, belongs in every jazz collection." (Rick Anderson, AMG)
Thelonious Monk, piano
Art Blakey, drums (tracks 1-9)
Sahib Shihab, alto saxophone (tracks 1-9)
Milt Jackson, vibraphone (tracks 1-9)
Al McKibbon, bass (tracks 1-9)
Kenny Dorham, trumpet (tracks 10-18)
Lou Donaldson, alto saxophone (tracks 10-18)
Lucky Thompson, tenor saxophone (tracks 10-18)
Nelson Boyd, bass (tracks 10-18)
Max Roach, drums (tracks 10-18)
Digitally remastered 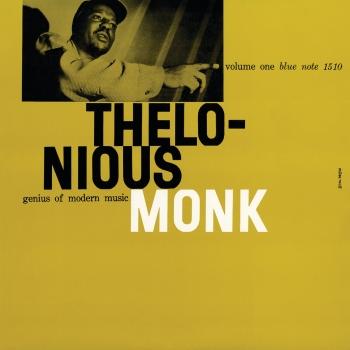