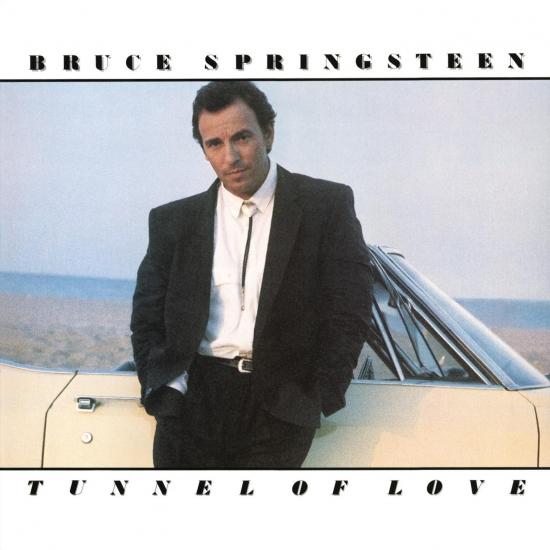 Info for Tunnel Of Love

„Tunnel Of Love“ (Bruce Springsteen's ninth album) is essentially a solo release and marked the final chapter of The E-Street band, whose members appear separately on several tracks. Springsteen's home studio in Rumson, New Jersey was the primary recording location.
Popular music as an art form has attained some of its greatest peaks when dealing with the thorny material of relationships. Bruce Springsteen's Tunnel Of Love, a powerful meditation on his own disintegrating marriage, represents a classic of its type. Predominantly an intimate solo recording the songs convey the gamut of emotions experienced in a long-term relationship, from desire ('Ain't Got You') through disquiet and deceit ('Tunnel Of Love' and 'Brilliant Disguise') to despair ('When You're Alone'), ending on a note of cautious optimism ('Valentine's Day'). Springsteen would never again be as nakedly emotional as he was on this beautiful and honest album.
„Just as he had followed his 1980 commercial breakthrough The River with the challenging Nebraska, Bruce Springsteen followed the most popular album of his career, Born in the U.S.A., with another low-key, anguished effort, Tunnel of Love. Especially in their sound, several of the songs, 'Cautious Man' and 'Two Faces,' for example, could have fit seamlessly onto Nebraska, though the arrangements overall were not as stripped-down and acoustic as on the earlier album. While Nebraska was filled with songs of economic desperation, however, Tunnel of Love, as its title suggested, was an album of romantic exploration. But the lovers were just as desperate in their way as Nebraska's small-time criminals. In song after song, Springsteen questioned the trust and honesty on both sides in a romantic relationship, specifically a married relationship. Since Springsteen sounded more autobiographical than ever before ('Ain't Got You' referred to his popular success, while 'Walk Like a Man' seemed another explicit message to his father), it was hard not to wonder about the state of his own two-and-a-half-year marriage, and it wasn't surprising when that marriage collapsed the following year. Tunnel of Love was not the album that the ten million fans who had bought Born in the U.S.A. as of 1987 were waiting for, and though it topped the charts, sold three million copies, and spawned three Top 40 hits, much of this was on career momentum. Springsteen was as much at a crossroads with his audience as he seemed to be in his work and in his personal life, though this was not immediately apparent.“ (William Ruhlmann, AMG)
Bruce Springsteen, vocals, backing vocals, guitar, mandolin, bass, keyboards, harmonica, percussion, drum machines
Roy Bittan, piano on 'Brilliant Disguise', synthesizers on 'Tunnel of Love'
Clarence Clemons, backing vocals on 'When You're Alone'
Danny Federici, organ on 'Tougher Than the Rest', 'Spare Parts', 'Two Faces', and 'Brilliant Disguise'
Nils Lofgren, guitar solo on 'Tunnel of Love', backing vocals on 'When You're Alone'
Patti Scialfa, backing vocals on 'Tunnel of Love', 'One Step Up' and 'When You're Alone'
Garry Tallent, bass guitar on 'Spare Parts'
Max Weinberg, drums
Additional musician:
James Wood, harmonica on 'Spare Parts“
Recorded January - July 1987 at New Jersey and at A&M Studios, Los Angeles, California
Engineered by Roger Talkov, Toby Scott
Mixed by Bob Clearmountain
Mastering by Bob Ludwig
Produced by Bruce Springsteen, Jon Landau, Chuck Plotkin
Digitally remastered
Please Note: We offer this album in its native sampling rate of 44.1 kHz, 24-bit. The provided 96 kHz version was up-sampled and offers no audible value!