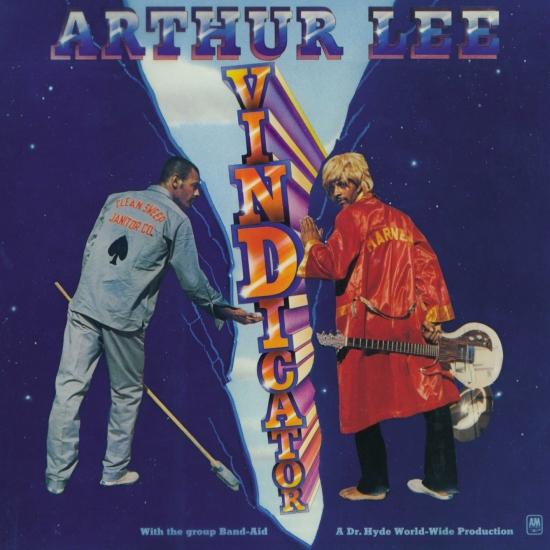 VINDICATOR is the debut solo album by Arthur Lee, formerly of the legendary ‘60s band LOVE. Released in 1972 by A&M, the LP features a muscular set of guitar-fueled hard rock laced with blues. The influence of Lee’s friend Jimi Hendrix is prevalent throughout the record. Included here is the superb soul spin “Everybody’s Gotta Live”.
"Love's 1967 masterpiece Forever Changes was an album so beautiful and timeless that it tends to dwarf everything else in the group's repertoire, and its gentle balance of grace and dread has made a lot of people forget just how hard Love could rock when Arthur Lee and his bandmates were of a mind. While Love's debut album pushed folk-rock into an overdrive that resembled punk, Lee's first solo set, 1972's Vindicator, was a muscular set of guitar-fueled hard rock laced with blues, showing the clear influence of Lee's late friend Jimi Hendrix. With Charles Karp's powerful guitar leads dominating the arrangements and Lee's vocals strutting with maximum rock star swagger on tunes like "Love Jumped Through My Window" and "Sad Song," Vindicator boogies with a cocky confidence that belies the fact Lee's career was in need of a clear direction at the time, and while there are no signs of the delicacy of Forever Changes, three decades on this sounds like mid-'70s guitar rock at its best. Lee was able to bring a soulful edge to songs like "Everybody's Gotta Live" and "He Knows a Lot of Good Women," and he connects with a sly blues shuffle on "He Said She Said," but it's when Lee and Karp crank up their guitars and the rhythm section of Don Poncher and David Hull turn up the heat that Vindicator really takes off, inviting the spirit with the kiss-the-sky spirit of "You Want Change for Our Re-Run" and laying out some thick Marshall-stack crunch on "Every Time I Look Up I'm Down." And anyone wanting a dose of Lee's well-documented eccentricity won't be at all disappointed with the brief spoken word fragment "You Can Save Up to 50% But You're Still a Long Ways from Home" and the anti-fast food tirade "Hamburger Breath Stinkfinger," both of which confirm Lee didn't turn away his muse when he cut these sessions. While Arthur Lee could create music of simple and fragile beauty, that doesn't change the fact he was a rocker at heart, and he rarely rocked harder or with more passion than he did on Vindicator."
Arthur Lee, rhythm guitar, vocals
Charlie Karp, lead guitar
Frank Fayad, bass (tracks 4, 10, 11)
Clarence McDonald, organ on "Find Somebody"
Don Poncher, drums
Craig Tarwater, lead guitar (tracks 4, 10, 11)
David Hull, bass
Digitally remastered 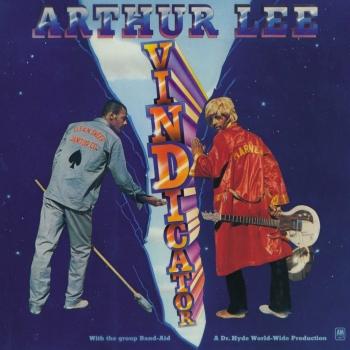 Arthur Lee
Prior to forming Love, Arthur Lee was a Los Angeles hustler, desperately searching for the formula that would make him a star. In the early mid-'60s, Lee recorded some unsuccessful singles including one as the American Four on Selma, a subsidiary of Del-Fi, "Luci Baines"/"Soul Food." He also recorded a session for Rosa Lee Brooks that featured Jimi Hendrix as a session guitarist. Lee found his niche at last when he founded one of the '60s seminal garage/folk/psychedelic bands, Love, in 1965. The band, which also featured fellow songwriter and singer Bryan MacLean, recorded three amazing albums for Elektra including Forever Changes, an album that is certainly a contender for best rock album ever made.
In 1968, Lee decided to scrap the idea of Love as a real band, kicked out all the remaining members, and began recording with pickup bands and sessionmen. The band's and Lee's fortunes quickly declined, and Lee, never the most normal person in the best of times, began exhibiting erratic behavior as his drug intake began to take its toll. He recorded more unsuccessful albums as Love, recorded a solo album, Vindicator, in 1972, and began to fade away. Lee would regularly tour and recordings were made of these shows, but he rarely returned to a studio or wrote new songs. In 1994, Lee recorded a new single "Midnight Sun"/"Girl on Fire," although the B-side was actually salvaged from an unreleased album Lee recorded with Jimi Hendrix years before.
Soon after this, Lee's problems with the law took over his life. In 1995, he broke into an ex-girlfriend's apartment and tried to set it aflame. He was bailed out by Rhino Records, which had just released the Love Story 1966-1972 compilation. In 1996, he was arrested for shooting a gun into the air during an argument with a neighbor and was convicted on an illegal possession of a firearm charge. Thanks to California's strict and sometimes unfair three strikes and you're out law, Lee (who had been convicted of a drug offense sometime in the '80s) was sentenced to eight to 12 years in prison. In 2000, Rhino reissued an expanded version of Love's Forever Changes that served as a reminder of just what a huge talent Arthur Lee was in his prime.
On December 12, 2001, Lee was released from prison, having served six years of his original sentence. Happily for Lee and his fans, a federal appeals court in California reversed the charge of negligent discharge of a firearm as they found the prosecutor at Lee's trial was guilty of misconduct. After Lee was freed, he toured with a new incarnation of Love in 2002, playing all of Forever Changes. Over the next few years he continued to perform, receiving such accolades as a Living Legend Award at the 2004 NME Awards. In early 2006, Lee was diagnosed with acute myeloid leukemia. Despite aggressive treatment, including three bouts of chemotherapy and a bone marrow transplant using stem cells from an umbilical cord -- which made him the first adult patient in Tennessee to receive this treatment -- his condition worsened, and Lee passed away on August 3, 2006, at Memphis, TN's Methodist University Hospital with his wife at his side.