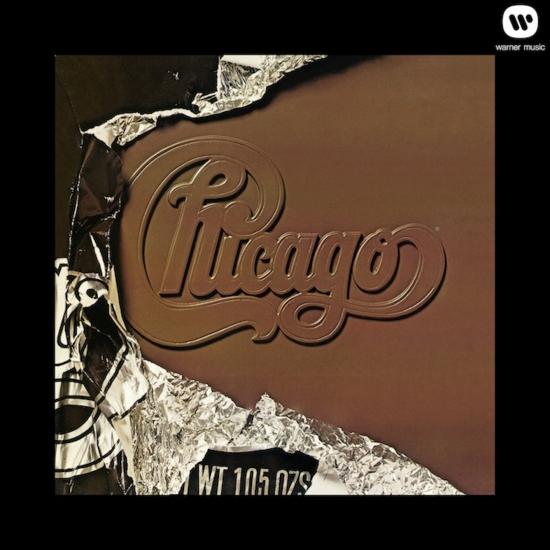 Chicago X is the eighth studio album, and tenth album overall, by the American band Chicago and was released on June 14, 1976. The album is notable for its soulfulness, and it ended up being a turning point in the band's career thanks to one song.
After recording Chicago VIII in a state of exhaustion, Chicago didn't return to the studio until the spring of 1976, feeling refreshed after a substantial break away. While making Chicago X, the band felt satisfied that they were making a solid record, yet the feeling — especially with producer James William Guercio — was that there might be a paucity of hits on the album. Robert Lamm's 'Another Rainy Day in New York City', Terry Kath's 'Once or Twice' and James Pankow's 'You Are on My Mind' were strong enough to be singles, but Guercio was keen to include Peter Cetera's new composition, 'If You Leave Me Now', on Chicago X. Although the others really liked the song, they felt that, as a romantic ballad with strings, it was completely out of place stylistically (an observation with which most reviewers agreed) and should not be allotted a place on the album. The song was one of the very last to be completed and, according to reports, was very nearly left off the final product. Band member Walter Parazaider has been quoted as saying he heard the song on the radio while cleaning his pool and initially thought 'it sounded like McCartney,' not realizing it was his own band's work.
However, as producer, Guercio overruled the band and included it, and when it became the band's first #1 hit in the US and UK, it completely changed the public's perception of Chicago, leading to more demand for Cetera and ballads. Lamm and Kath, in particular, were uncomfortable with this turn of events, and it led to a growing dissatisfaction with Guercio's control over the band, contributing to his impending 1977 dismissal.
Chicago X was released on June 14, 1976 to a receptive audience, especially after 'If You Leave Me Now' had become such a big worldwide hit, giving Chicago their first UK chart album in years (#21), though it missed #1 in the US, resting at #3. The album is also notable for the lead vocal debut of trombonist James Pankow. Different band singers tried 'You Are On My Mind', but Pankow felt they weren't nailing it the way he heard it, so producer Guercio said, 'You sing it,' and that effort landed on the final album. Trumpet player Lee Loughnane also contributed a lead vocal for his song 'Together Again', and both Pankow and Loughnane would contribute lead vocals for the Chicago XI follow-up. 'You Get It Up' was sung by the entire band in unison — thus the album's atypical crediting of Seraphine, Parazaider & de Oliveira with 'vocals'.
In early 1977, Chicago X would win three Grammy awards; two were for 'If You Leave Me Now' and one for John Berg's trademark artwork, which resembled a Hershey bar this time out. They were also nominated for Album of the Year, but lost to Stevie Wonder's classic Songs in the Key of Life.
In 2002, Chicago X was remastered and reissued by Rhino Records with an early rendition of Chicago XIV's 'I'd Rather Be Rich' by Lamm as well as Kath's 'Your Love's An Attitude' — both cut in 1975 — as bonus tracks.
For the summer 2007 tour, the band included 'You Are on My Mind' with Pankow again on vocals — the first time this song has been performed live since 1976–1977.
Peter Cetera, bass, vocals
Daniel Seraphine, drums, vocals
Terry Kath, guitar, vocals
Robert Lamm, keyboards, vocals
Laudir de Oliveira, percussion, vocals
James Pankow, trombone, vocals
Lee Loughnane, trumpet, vocals
Walter Parazaider, woodwind, vocals
Additional personnel:
James William Guercio, acoustic guitar, bass
Jimmie Haskell, strings, French horn
James William David Wolinski, piano, Mellotron
Othello Molineaux, steel drums
Leroy Williams, steel drums
Engineered by Wayne Tarnowski
Mastered by Doug Sax
Producered by James William Guercio
Digitally remastered.