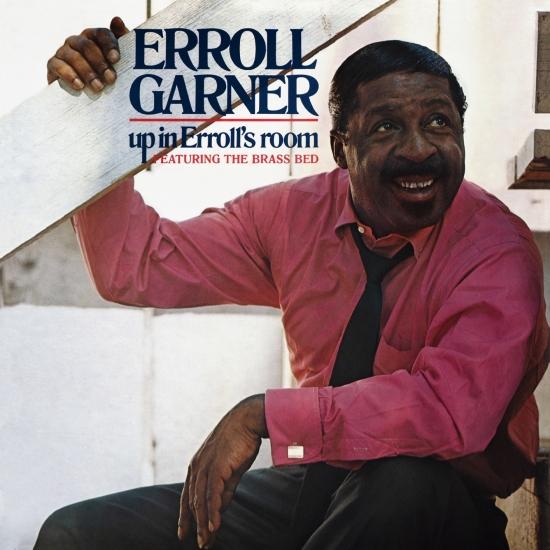 Info for Up in Erroll's Room (Octave Remastered Series)

One of the most prolific performers in the history of jazz, Erroll Garner published more than 200 compositions during his 40-year career. Considered a legend among jazz pianists, his unique approach melds bebop and swing, resulting in music that is accessible and utterly distinct.
The Erroll Garner Octave Remastered Series represents the heart of Erroll Garner’s recorded catalog. Spanning 12 albums and the last 18 years of Garner’s career, this collection of music is among the most important in the history of jazz. It represents an artist in his prime, with full creative and commercial control of his output following his break with Columbia Records.
Over the course of two sessions in November 1967, Erroll Garner and his band recorded enough material for a handful of albums. What makes this collection truly unique is the addition of a brass section, expertly orchestrated over a selection of Garner’s improvised arrangements. This style of collaboration was groundbreaking for the era and helps to make this one of the most musically thrilling of all Garner’s albums.
Erroll Garner, piano
Pepper Adams, baritone saxophone
Jerome Richardson, tenor saxophone, flute, piccolo flute
James Cleveland, trombone
Wayne J. Andre, trombone
Bernie Glow, trumpet
Marvin Stamm, trumpet, flugelhorn
Don Butterfield, tuba
Don Sebesky, conductor
Richard O. Spencer, conductor
Produced by Esmond Edwards, Martha Glaser
Digitally remastered

A New Kind of Love (Remastered)

Erroll Garner
is one of the most distinctive pianists of the jazz genre. Other than Thelonious Monk, no one is more identifiable or harder to imitate. A self-taught virtuoso, Garner devised a solo style that eliminated rhythm accompaniment. His hands worked totally independent of each other. With block chords he set the rhythmic tempo in his left hand, and with his right, he embellished on the tune, taking liberties with melody and time, often lagging behind the beat. Some jazz purists dismissed him because he maintained his style throughout his career and enjoyed popularity unknown to most jazz artists. But Garner’s interpretive abilities and technical superiority cannot be denied.
He made frequent TV appearances, toured five continents, fronted major symphony orchestras, and composed film scores. His compositions were for jazz piano, but in 1962, when Johnny Burke added lyrics to “Misty,” Garner’s 1954 tune soared in popularity and entered the jazz standard repertoire.
Garner began his professional career at seven, playing with the Candy Kids, and at 16 he joined the Leroy Brown band. In 1944-45 he played in a trio with bassist Slam Stewart and guitarist Tiny Grimes before setting off on his solo career.
During the ‘60s Garner established his own record label. These LP’s have been reissued on CD by Telarc and reveal Garner’s sense of humor. The title cut of That’s My Kick is a new composition based on the changes of “I Get a Kick Out of You”; the lounge set song, “More,” is remade into a burner; and Garner makes “Tea for Two” fresh, playing with the time against bongo accompaniment, and alternating between piano and harpsichord. Still, Concert By The Sea (1955) is the epitome of his artistry.
His older brother Linton, who died in 2003, was also an accomplished pianist, based in Vancouver, B.C. (Sandra Burlingame)