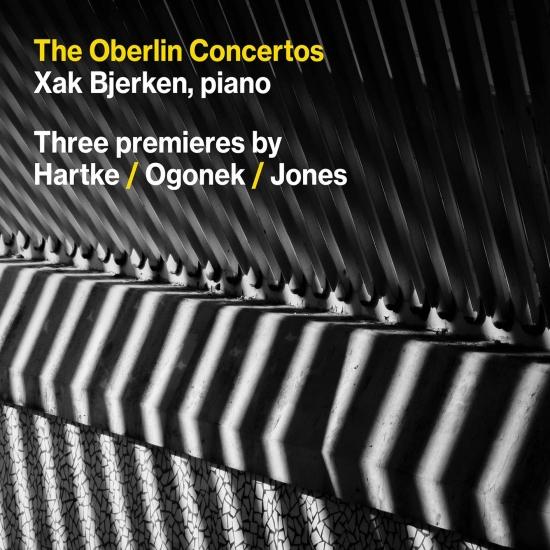 Info for The Oberlin Concertos

The concept that led to The Oberlin Concertos was initially hatched in a conversation between pianist and educator Xak Bjerken and a former student, Oberlin Conservatory composition professor Jesse Jones. It was Jones who suggested writing a chamber concerto to be premiered by his friend and mentor, and it was Bjerken-a former longtime member of the Los Angeles Piano Quartet and a veteran soloist with the L.A. Philharmonic and other ensembles-who was immediately hooked. Their plan gave rise to another commission-for the chair of Oberlin's Composition Department, Grammy Award-winner Stephen Hartke-and then another, for fellow composition faculty member Elizabeth Ogonek. The resulting works were recorded in three sessions over a two-year span, with Bjerken joining forces with Oberlin's Contemporary Music Ensemble and conductor Timothy Weiss in the conservatory's Clonick Hall studio, in addition to presenting the world- premiere performance of each piece on campus.
Xak Bjerken, piano
Oberlin Contemporary Music Ensemble
Timothy Weiss, direction 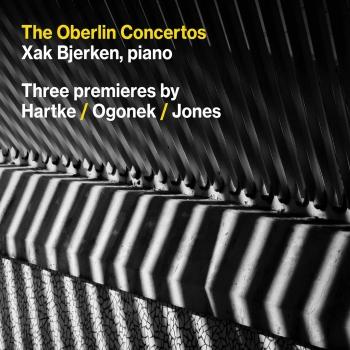 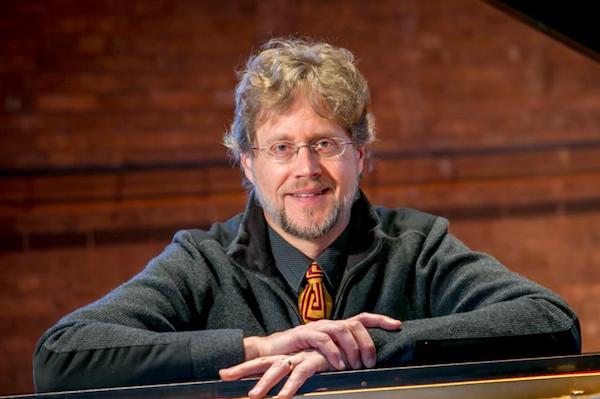 Xak Bjerken
has appeared with the Scottish Chamber Orchestra, Spoleto Festival Orchestra, Thailand Philharmonic Orchestra, the Schoenberg Ensemble, and the Los Angeles Philharmonic in Disney Hall. He has performed at the Concertgebouw in Amsterdam, Glinka Hall in St Petersburg, the Konzerthaus in Berlin, and for many years performed throughout the US as a member of the Los Angeles Piano Quartet. He has performed with the Cuarteto Casals, the Prazak, New Zealand, and Miami string quartets, and held chamber music residencies at the Tanglewood Music Center, Spoleto Festival and Olympic Music Festival. He is the director of Ensemble X, a new music ensemble, and has served on the faculty of Kneisel Hall, the Eastern Music Festival, and at the Chamber Music Conference at Bennington College. Bjerken has worked closely with composers Győrgy Kurtag, Sofia Gubaidulina, Steven Stucky, and George Benjamin, and over the next two years, will be presenting premieres of piano concertos by Stephen Hartke, Elizabeth Ogonek, and Jesse Jones. He released his first solo recording on CRI in 2001, and has since recorded for Koch International, Chandos, Albany Records, Artona, and is about to release his third recording for Open G Records, presenting solo and chamber works by Steven Stucky. Xak Bjerken is Professor of Music at Cornell University where he co-directs Mayfest, an international chamber music festival with his wife, pianist Miri Yampolsky. Bjerken studied with Aube Tzerko at the University of California at Los Angeles and received his Master’s and Doctoral degrees from the Peabody Conservatory as a student of and teaching assistant to Leon Fleisher.

Booklet for The Oberlin Concertos